Industry talking to customers What's this?

Seeking productivity on the go with the new Samsung Galaxy Book

Meet Celia
Celia is head of IT at a software company in Toronto. There is a culture of excellence at her company, which prides itself on its agility and future focus. Its core belief about what it does and how it tries to do it is captured perfectly in its longstanding motto “Don’t just work—work smart.” 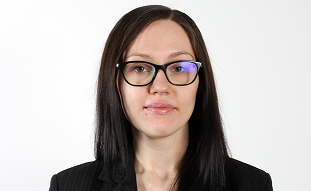 In March 2017, Celia sold her King Street condo and moved into a brand-new townhome in a suburb over an hour’s commute from her office. For the first week, Celia was hauling her work laptop to and from work. The idea was that she would leave the office a little early every day, and finish her day’s work on the commuter train.

By week three, Celia had stopped bringing her laptop home as she found it bulky and unwieldy. Also, it was very heavy on her shoulder, and it ran hot on her lap during the 70-minute train ride. As for speed, she found the Wi-Fi connection unreliable and painfully slow most times.

Needs list
Being a problem solver by nature, Celia set her mind to the task of finding an on-the-go device that could satisfy most of her needs. The list of requirements included:

Choosing the right device
Celia would be first to tell you that she’s slow to settle on major purchases. To her, the “feel factor” is a big thing. She likes comfortable keyboards that aren’t cheap and flimsy.

“The problem is, when you’re making a big purchase it’s about multiple factors,” she said. “In my experience, you can only get to a decision when you’ve softened on a couple of features to get a bunch more.”

Performance and design
IT sector employees need devices that run with exceptional speed and reliability. They want to use a device that respects their craft and knowledge within the tech world. When browsing for a device Celia found that the Windows 10 operating system on the Samsung Galaxy Book offered her speed without sacrificing portability. The 10-inch Galaxy Book weighs only 648 grams making it ideal for professionals on the go.

“One product that stood out to me is Samsung’s Galaxy Book (10-inch),” said Celia. “I wasn’t looking for a laptop replacement per se, but I did want a device that, when I’m using it, I forget I’m away from the office. I just want to get into my zone and headspace, and get my work done.”

The purchase decision
After careful consideration, Celia decided to purchase the Samsung Galaxy Book. The device suited her needs in the IT field and checked all the boxes on her needs list, including it being powered by Windows 10, having great battery life (up to nine hours*) and coming with a sturdy keyboard.

“I will admit that the first thing that struck me about the device was how nice and sleek it looks,” she said. “I could totally picture it on my lap while on the train. And it’s powerful, so I’ve been able to run multiple programs without any lag while I’m working on the go.”

Improved S Pen
Additionally, Celia has found the improved S Pen to be a huge help when using the device without its’ keyboard. The increased pressure responsiveness makes it easy for her to navigate and take notes when she’s in a rush. “I’ve found the S Pen to be a huge lifesaver when I’m in a jam and just need to jot down a few notes. While I do love its sturdy keyboard for typing, the S Pen has let me use the tablet in ways I never thought I would need it.”

Connectivity
Celia has found the connectivity of the Samsung Galaxy Book to be another benefit. With its Samsung Flow, she can pause what she’s doing on her Galaxy Book and pick it up on her Samsung smartphone and vice versa. “When I’m jumping between meetings and appointments it’s handy to have the ability to continue what I’m working on from a completely different device. It’s definitely added to my productivity when I’m on the move.”

Immersive viewing
Additionally, the Samsung Galaxy Book comes with a 10.6-inch TFT display and 4K video playback for a quality viewing experience. The screen can also be used in different angles with no colour loss so Celia can get work done even when commuting in an awkward seat.

“The Galaxy Book is also a great device for entertainment use,” said Celia. “I have to admit I’ve been using the Galaxy Book to catch up on a few of my favourite Netflix shows.”

If you, like Celia, are looking for a powerful and mobile 2-in-1 device, then she suggests you learn more about the Samsung Galaxy Book.

* Battery life may vary depending on usage and settings. Based on laboratory testing.