There’s been a fundamental change in data center architecture over the last several years. In the past the client-server (or n-tier) network model served the enterprise well, from applications as simple as e-mail and messaging to such heavy lifting as enterprise resource planning (ERP) and customer relationship management (CRM). 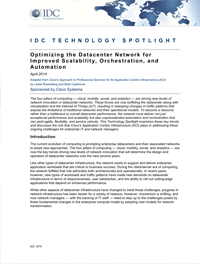 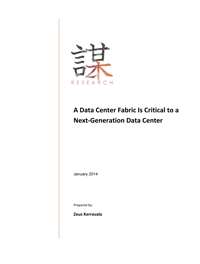 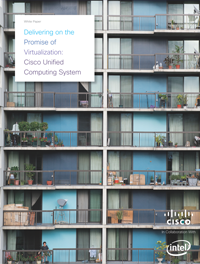 Delivering on the Promise of VirtualizationRegister Now

But a perfect storm of changing computing models has rocked the architectural and operational models of the data center network. Cloud computing, social media, mobility and analytics have become the pillars of the computing model. Meanwhile, a vast network of Internet Protocol-connected sensors and telemetry—the Internet of Things (IoT)—has vastly increased the volume, velocity, and variety of captured data, while the virtualization of computing loads demands the flexibility to shift compute-storage-I/O packages from one physical machine to another, seamlessly, over the network. A few years ago, advances in network performance were leapfrogging those in storage and computing performance; now, new architectures threaten to make the network the bottleneck it once was.

Virtualization, especially, has caused a sea change in data center networking architecture. Aside from being the rock on which cloud computing models are built, virtualization allows computing resources—instances of virtual hardware, software, and applications—to be “spun up,” created, in a matter of seconds or minutes, while the provisioning of network resources still takes place on a years-old timeline.

In order to keep the network from becoming a bottleneck, a new architecture—one built around not just performance and scalability, but also with an eye to unprecedented automation and orchestration—that can deliver agility, flexibility, and service velocity, must be created.
Download the IDC whitepaper Optimizing the Datacenter Network for Improved Scalability, Orchestration and Automation to learn how a new, application-centric infrastructure can ensure the velocity, scalability and performance demanded by today’s new traffic patterns and operational models. In order to support these new demands, a data center network must:

* Be automated and provisioned at a high enough speed to accommodate new traffic patterns, workloads, and applications.

* Be managed at an application level, rather than a physical or transport level.

* Offer real-time telemetry and visibility to allow automation and orchestration of networking processes.

While there are various approaches to software-defined networking, including Cisco Systems Inc.’s Application Centric Infrastructure (ACI), the new trend in data center networking architecture is to prioritize “east-west” traffic—from server to server—over “north-south” traffic up the networking stack. Learn how this new architecture facilitates these new applications and workloads by orchestrating computing and networking resources to deliver an agile, flexible enterprise data center network.