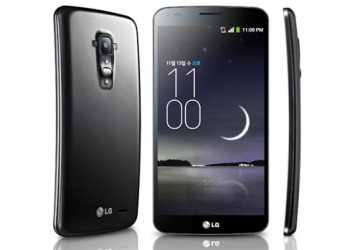 Tired of toting a flat smart phone? You may have a choice in a curved handset – either side to side, or top to bottom.

This week LG Electronics announced its G Flex phone, with a 6-in. quad-core handset with top -to-bottom curve that users might think generally follows the shape of a head. It will be available this month in LG’s home country of South Korea. There was no word on when it will arrive in Canada.

Samsung Electronics has announced an upcoming 5.-in. Galaxy Round phone with an side -to-side curve, that users might think generally follows the shape of a hand. Initially it too will only be available in South Korea.

The announcement drew comments in blogs and Web sites across the IT industry. IDG News, for example, quoted an IDC analyst wondering whether buyers will care. Usually they’re more interested in battery life and screen size, he said.

To some degree the choice is going to depend on where you keep your handset: In a rear pocket, on your belt or in a shirt or jacket pocket. One thing is certain: Carriers will charge a premium for them.