There are a number of ways to boost communications security, including mobile apps that wipe records of messages and images on mobile devices, like Wickr Inc.’s Messenger for iOS and Android.

Now the company is offering a free desktop version of the application, for Windows, Mac and Linux operating systems. 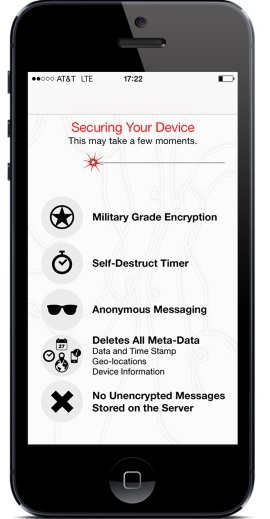 All messages are now synced across multiple devices on both desktop and mobile, the company said Thursday. The app, which doesn’t have ads, takes less than a minute to install, it says.

Wickr says·messages and media are forensically wiped after they expire ID and device information are cryptographically hashed with multiple rounds of salted cryptographic hashing using SHA256. Data at rest and in transit is encrypted with AES256. No password or password hashes leave the device.

However, as the article points out message recipients can still take a screenshot to  store and distribute a message on some versions. Wickr’s Android app can block screenshots, for example, but not the iOS version. From an early look PCWorld doesn’t think screenshot blocking is available on the desktop versions.