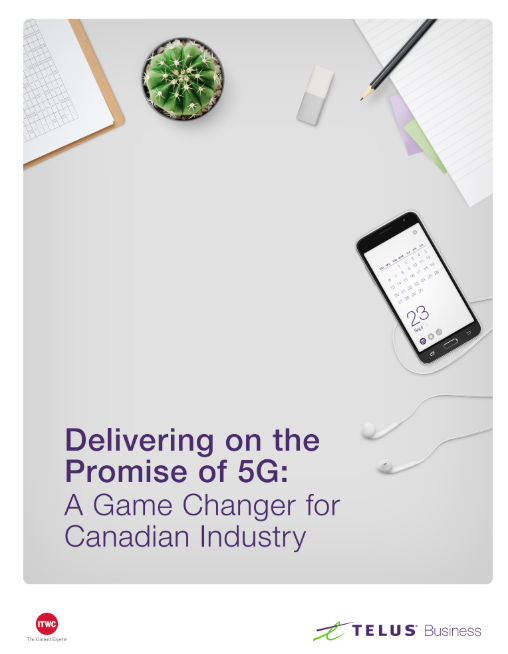 Imagine a world in which doctors perform remote surgeries using Virtual Reality headsets and robotic arms, a world in which sensors report on the safety of bridges, cars save lives by applying their own brakes, and where a movie can be downloaded in the blink of an eye.

“It’s all on the near horizon,” says Mark Bryant, Chief Information Officer for construction giant PCL, “but we can’t get there without fifth-generation (5G) wide-area wireless networks. 5G is going to have a transformative impact on all industries.”

Hailed as the purveyor of billions of new connections, 5G will boost peak data speeds from today’s 100Mbbp (megabits per second) to upwards of 10 Gbps (gigabits per second). Much faster speeds, greater reliability, and decreased latency will allow communication to take place in close to real time, thereby affecting everything from autonomous vehicle manufacturing, industrial automation and entertainment to health care, education and transportation.