Germany takes a stand on Instagram influencers, an I.T. supervisor is in big trouble over Bitcoin, and Twitter adds yet another new feature.

A top German court ruled on Thursday that social media influencers in the country must clearly label posts when they include advertisements. The case came to court after one fitness influencer failed to make their product advertisement clear when promoting a brand of jam, according to an article from Reuters. The case came amidst a period of heightened awareness of social media advertising, with countries across Europe applying particularly scrutinous laws and regulations around the topic. Instagram and its influencers are no strangers to dealing with advertising controversy, as the Facebook-owned entity has already struck deals in recent years with several countries such as the U.K. to crack down on hidden advertising on their platform.

A Long Island I.T. supervisor was charged on Wednesday after using his position in Suffolk County to mine cryptocurrency, costing taxpayers thousands of dollars in electricity. According to an article from The New York Times, the person had hidden dozens of devices to mine Bitcoin across the office, including underneath floorboards. In addition, the internet consumption of his crypto-mining operation slowed down the local internet so dramatically that coworkers complained of poor internet speeds. The individual, charged with a host of crimes including public corruption, could face prison time for up to 15 years if convicted. The process of mining cryptocurrency is an immensely energy-intensive process and has faced criticism in recent years for its role in expediting the climate crisis.

Finally, Twitter has launched a new feature it had shelved five years prior. A brand new communities feature is set to be rolled out for iOS and web users of the platform. The feature will allow users to share tweets with a specific subset of Twitter users. According to an article from TechRadar, the feature had been in development since 2016, but executives had been against the idea until particularly recently, spurring its introduction. The feature will connect people with similar interests through these communities, which users will sign up for to join, and ultimately allow them to share tweets within these groups. Over the last few years, Twitter has been busy expanding the platform’s feature set, including introducing Super Follows earlier this year, as well as an ill-fated effort to introduce “Fleets,” which were removed from the site in July.

That’s all the tech news that’s trending right now. Hashtag Trending is a part of the ITWC Podcast network. Add us to your Alexa Flash Briefing or your Google Home daily briefing. Make sure to sign up for our Daily IT Wire Newsletter to get all the news that matters directly in your inbox every day. Also, catch the next episode of Hashtag Tendances, our weekly Hashtag Trending episode in French, which drops every Friday at 3 pm. If you have a suggestion or tip, please drop us a line in the comments or via email. Thanks for listening, I’m Samira Balsara. 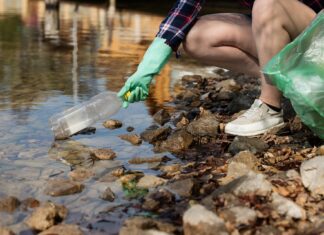