Valuable data found on used hard drives for sale, and a quantum computing warning for businesses.

To hear the podcast click on the arrow below:

What do people and companies do with old computers? For some, erasing and selling drives on the web seems like a good idea. Well, not if it isn’t done right. A company called Blancco bought 159 used disk drives on eBay in the U.S., Germany, Finland and the U.K. and had them analyzed by data recovery firm Ontrack. Sixty-six of the drives still had data on them, and of those there was personal information on 25. They included birth certificates, names, email addresses, photos and more. A drive from a software developer with a high government security clearance had family birth certificates, scanned copies of family passports, resumes and financial records. There were over 5 Gigabytes of archived internal office email from a large travel company on one drive. On another drive were over 3 Gigs of email from a cargo/freight company, along with documents detailing shipping details, schedules and truck registrations. Every seller had insisted the drives had been wiped or formatted.

The best way to wipe a drive is to use software made for the job. Now, it’s no coincidence the company that paid for the study makes such software. Regardless, there’s more than one brand that makes data erasure software. Get it, use it and then confirm the data has really been erased before disposing of hard drives, tablets and smart phones.

You can get the full report here. Registration required

Are super-powerful quantum computers science fiction or reality? A little of both, I learned after attending a conference this week in Toronto. Lots of companies are working on the hard-to-explain next-generation computers, including Google, IBM and Intel. Essentially what they have now are small demonstration units. The worry is that when they are perfected, quantum computers could break into the current encryption protecting sensitive data held by governments, banks and others. Some say that won’t happen for another decade. Some say longer. Or it could be shorter if there’s a breakthrough. So the advice for companies and governments is this: Look into the risk to your organization. There are quantum-resistant solutions coming to market. Check with the companies that make your computer hardware and software to see what their plans are. Experts say you need to get going on this now, or risk getting caught if powerful quantum computers become reality.
For more detail see my conference story here.

Finally, administrators of WordPress sites that use the Social Warfare plug-in, which adds links to social media buttons to their pages, are urged to update to the latest version. If you’re running an out of date version there are serious vulnerabilities.

That’s it for Cyber Security Today. Links to details about these stories can be found in the text version of each podcast at ITWorldCanada.com. That’s where you’ll also find my news stories aimed at businesses and cyber security professionals.

Cyber Security Today can be heard Mondays, Wednesdays and Fridays. Subscribe on Apple Podcasts, Google Podcasts or add us to your Flash Briefing on your smart speaker. Thanks for listening. I’m Howard Solomon

Howard Solomon
Currently a freelance writer, I'm the former editor of ITWorldCanada.com and Computing Canada. An IT journalist since 1997, I've written for several of ITWC's sister publications including ITBusiness.ca and Computer Dealer News. Before that I was a staff reporter at the Calgary Herald and the Brampton (Ont.) Daily Times. I can be reached at hsolomon [@] soloreporter.com
Previous articleHashtag Trending – Microsoft now worth $1 trillion; Facebook breaks privacy laws in Canada; Facebook prepares fine by FTC
Next articleCanadian manufacturers should collaborate on cyber security, says government expert 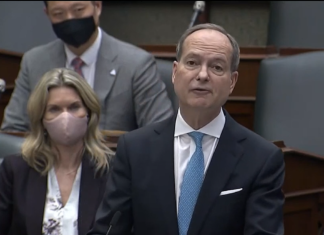