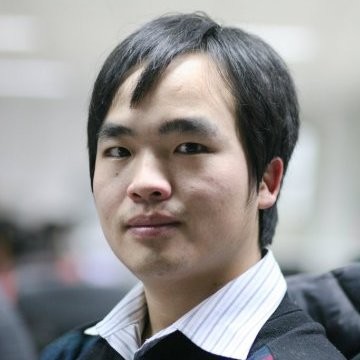 Be the first one to rate!
Ph.D. in Computer Application Technology, Peking University, co-chair of the new generation of artificial intelligence national standards group. He has won the second prize of National Technology Invention, the First Prize of Technical Invention of the Ministry of Education, and the China Patent Excellence Award. Jie Chen has been a Ph.D. candidate at the School of Electronics Engineering and Computer Science, Peking University, since 2010. He is working with Professor Ling-Yu Duan in the Institute of Digital Media. He has been served as a research assistant in Nanyang Technological University since Sep. 2013, working at Rapid-Rich Object Search (ROSE) Lab to carry out the research on “Visual object search architecture design and implementation”. His research topics include data compression and mobile visual search, focusing on low bit rate visual descriptors for large-scale mobile visual search and its MPEG international standardization. He has published some top conference and journal papers (IJCAI2011, ACMMM2011, IJCV2011, CVPR2012) for his research. He has been involved in the development of the MPEG international standardization of Compact Descriptor for Visual Search since the 95th MPEG meeting on January 2011, with more than 20 proposals contributed to the standard group.