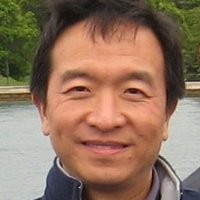 Be the first one to rate!
eng Zhao is the Chief Technology Officer and Vice President for Advanced R&D and Smart Home business at Haier, a world leader in consumer appliances and smart devices. Feng was an Assistant Managing Director at Microsoft Research Asia during 2009-2015, responsible for the hardware, mobile and sensing, software analytics, systems, and networking research areas. His own research has focused on wireless sensor networks, energy-efficient computing, and mobile and cloud systems. He has authored or co-authored over 100 technical papers and books, including a book, Wireless Sensor Networks: An information processing approach, by Morgan Kaufmann, and has over 30 US patents issued. Since joining Microsoft Research Asia in 2009, Feng and his team have developed mobile and cloud solutions that advanced the state-of-the-art in computing and significantly impacted Microsoft product groups: accurate indoor navigation system, efficient Internet search index serving platform, interactive visual analytics for big data, software-defined radio and data center networking technologies. Prior to joining MSR-Asia, Feng was a Principal Researcher at Microsoft Research Redmond (2004-2009), and founded the Networked Embedded Computing Area. During this time, he led the team to develop the MSR sensor mote, Tiny Web Service, SenseWeb and SensorMap, Data Center Genome, JouleMeter, and GAMPS data compression. With the help of some of these technologies, Microsoft data centers are considered among the most densely instrumented and monitored cloud computing infrastructures in the world. Feng was a Principal Scientist at Xerox Palo Alto Research Center (Xerox PARC) (1997-2004) and founded PARC’s sensor network effort. He played a key role in PARC’s Smart Matter Project that developed tiny networked sensors and actuators for embedding into physical environments, and a suite of collaborative sensing, control and processing protocols, including the IDSQ algorithm. Feng was the founding Editor-In-Chief of ACM Transactions on Sensor Networks (2003-2010), and founded the ACM/IEEE IPSN conference in 2001. He served on ACM SIGBED Executive Committee (2004-2010), as Technical Program Co-Chairs for ACM Sensys’05 and Mobisys’13, and on the Steering Committee for CPSWeek (2007-now). In 2008, he worked with USENIX and ACM to start HotPower, a technical forum focusing on sustainable computing. Feng received his BS from Shanghai Jiaotong University (1984), and MS and PhD in Electrical Engineering and Computer Science from MIT (1988 and 1992, respectively) where he developed one of the first algorithms for fast N-body computation in three spatial dimensions. He taught at Ohio State University as an Assistant and then tenured Associate Professor in Computer Science (1992-1997), and at Stanford University as a Consulting Professor of Computer Science (1999-2006). Feng is also a Professor at Shanghai Jiaotong University, University of Science and Technology of China, and Harbin Institute of Technology, and an Affiliate Faculty at University of Washington. He serves on the advisory boards for Information Engineering at Chinese University of Hong Kong and Computer Science and Engineering at Hong Kong University of Science and Technology. An IEEE Fellow, Feng received a Sloan Research Fellowship (1994) and US NSF and ONR Young Investigator Awards (1994, 1997). His work has been featured in news media such as BBC World News, BusinessWeek, and Technology Review.