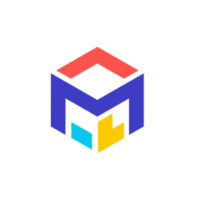 Be the first one to rate!
Malong Technologies is an award-winning artificial intelligence company whose mission is to empower developers and businesses with the most accurate visual product recognition technologies available on the market. The company is the maker of ProductAI®, which offers visual product recognition at human-like performance to any customer via a public cloud platform (productai.com), private cloud, or embedded module hardware for IoT scenarios. ProductAI is based on cutting-edge deep learning and computer vision R&D, developed by an elite team of scientists and engineers hailing from Microsoft Research, Google and Oxford's famed VGG lab. Product recognition with industry-leading accuracy is now accessible to any developer for pennies on the dollar. In 2014, the company, known as “Malong” in China, was founded by Matthew Scott and Dr. Dinglong Huang. Prior to co-founding, Dr. Dinglong Huang, CEO, was a VP at TripAdvisor, with previous experience at Google and Microsoft. Matthew Scott, CTO, was a senior technical staff member of Microsoft Research, with 15+ years R&D experience in computer vision and machine learning. In 2015, the company graduated with honors from the Microsoft Ventures Startup Accelerator, won the first “AI Pioneer” award from Microsoft in 2016 and received other top tier awards for its AI technology from Amazon and NVIDIA. In 2017, Malong achieved a technical breakthrough in semi-supervised deep learning and used it to outperform over 100 AI teams from around the world and win the WebVision Challenge from Google, ETH Zürich and CMU, held in conjunction with CVPR, the premier annual computer vision scientific conference. The company has raised over $10 million in VC funding.
Get Directions