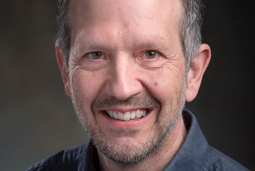 Fred Popowich received his PhD in Cognitive Science from the University of Edinburgh in 1989, and since then has been a faculty member in the School of Computing Science at Simon Fraser University, where he is also Associate Director Research and Industrial Relations, and Director of the SFU Professional Masters in Big Data. He is the President of the Canadian Network for Visual Analytics (CANVAC) and Founding Director of the Vancouver Institute for Visual Analytics, a joint initiative of Simon Fraser University and the University of British Columbia. At SFU, he is also an Associate Member of the Department of Linguistics, and an Associate Member (and past director) of the Cognitive Science Program.  At Dalhousie University, he is an Adjunct of the Faculty of Graduate Studies.

He is an active in technology commercialization,  and was co-founder, president, COO and then CTO of Axonwave Software. He is currently the Executive Director of KEY, SFU’s Big Data Initiative, a member of the Scientific Advisory Board of the Computer Research Institute of Montreal, and the SFU Representative for Canada’s Big Data Consortium.

As the Executive Director, Fred will be engaging key stakeholders from the SFU Community, the Faculties, and the Big Data Academic Advisory Committee. He will work to develop programming, strengthen support services, engage traditional and non-traditional users in Big Data at SFU and in the local, national and international community.