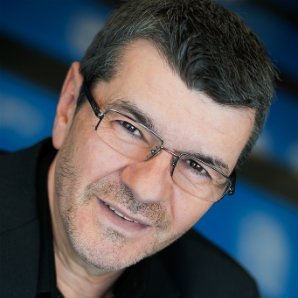 Be the first one to rate!
Since September 2005, M. François Gilbert is the CEO of FIER Succès, a Venture Capital fund based in Québec city Since 2002, François Gilbert is director of companies. He is director and chairman of the audit committee and the remuneration committee of Roctest (RTT), director and member of the audit committee of Opto-Security (airport security software), director and member of the remuneration committee of Dynagram (imposition software for print professionals), director of Biocad (prosthesis automated manufacturer), director and audit committee member of Amadeus (quality and compliance management software, AII).He was chairman of the board of Kaydara, (3D animation software sold in more than 30 countries) until the sale of the company in September 2004and he was chairman of the board of Medicago (alfalfa transgenic producer). François Gilbert has his diploma from ICD Corporate Governance College at McGill University. From 1994 to 2004, M. Gilbert was the Chief Operating Officer of Gestion Charles Sirois, an investment company, where he was managing the private companies’ investment portfolio in various activities sectors. Born in Saguenay, François Gilbert had, from 1972 to 1984, different management positions in the retail family business. From 1984 to 1985, he studied for its Master in Management of small and medium enterprises at Québec’s University at Chicoutimi. In 1986, he started an aluminum transformation company in Saguenay / Lac St-Jean, « Spectube », the first one not belonging to a multinatational. He managed the company until 1991 when he sold his shares. During 15 years, François Gilbert was also very active in the Québec co-operative landscape. From 1985to 1990,he was the president of the Federation of Desjardins in Saguenay / Lac St-Jean, chairman of the human resources committee of Desjardins, chairman of the pension and group insurance committee of Desjardins and director of the board and member of the executive committee of the “Confédération des caisses populaires et d’économie Desjardins du Québec”. François Gilbert has been always socially implicated. He was, co-chairman of the Centraide campaign, Québec city region, chairman of the advisory committee of Management Science Faculty of Laval University. He was the co-founder of Centraide Saguenay / Lac St-Jean, the president of Fondation communautaire du Grand Québec and first vice-president of the entrepreneurship foundation. He uses its contacts and leverages in order to reach faster the objectives François Gilbert is recognized for its diversified experiences acquired in the private sector as well as in the social and cooperatives sectors. His great flexibility, his engagement and desire to learn make of him a person capable of always re-examining values and ideas with an eye towards the advancement of people and their enterprises.