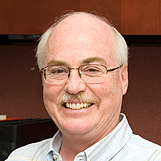 Professor at The University of Western Ontario, CAIAC Fellow

Be the first one to rate!
Prof. Robert (Bob) Mercer is Professor of Computer Science at The University of Western Ontario (UWO). He received his PhD from The University of British Columbia in 1987. His research in natural language pragmatics and knowledge-based systems began with his seminal work in 1982 which applied non-monotonic reasoning in natural language pragmatics. More recently his research includes collaborations with colleagues in the Department of French (Linguistics) and the Faculty of Information and Media Studies and with research partners at the University of Waterloo and The University of Alberta. He also has long standing collaboration with the Université de Marseilles. He is one of the leaders in Answer Set Programming, a modern programming paradigm with its roots in default logic for which he has developed PLATYPUS, the first multi-platform, multi-threaded, multi-processor framework for parallel answer set solvers. Over the years, Bob has supervised more than 30 PhD and MSc students in a wide variety of AI topics. Most recently Bob served as chair of the Department of Computer Science at University of Western Ontario from 2008 to 2011. Bob has been a member of CSCSI and now CAIAC since 1985. During that time he has played a key role in the development of the AI fabric of teachers and researchers in Canada. He was President of the CSCSI from 1998-2003 and on the executive as Past President from 2003-2005. He has also been active in AI conference organization since 1986, including being: Bob has been frequently consulted on the history of CSCSI/CAIAC and for input on important current issues of the society and the annual Canadian AI conference. The community thanks him for always being willing to provide valuable input. Given Bob's the broad range of knowledge and experience in AI, and his leadership and continued involvement in CAIAC, he has been selected as the 2012 recipient of the CAIAC Distinguished Service Award.