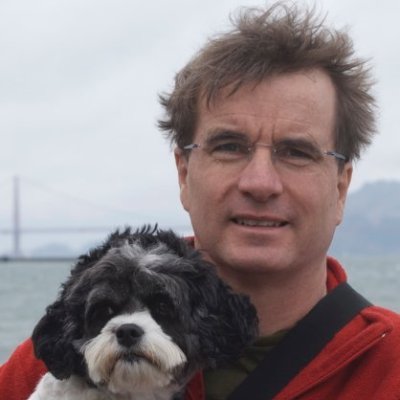 The Lifetime Achievement award is presented to an individual to recognize a lifetime of scienti?c excellence and outstanding contributions to the ?eld of Arti?cial Intelligence. We are delighted this year to present this award to Dr. David Poole.

David is one of Canada's and, indeed, the world's foremost experts on Arti?cial Intelligence; he is particularly well known for his work on assumption-based reasoning, combining logic and probability and automatic inference algorithms, including probabilistic Horn abduction, independent choice logic, and the well-known variable elimination algorithm for probabilistic inference. David has also made key contributions to lifted probabilistic inference. More recently, he has worked on the probability of existence and identity and on combining probabilities with ontologies, and currently, his research is focused on semantic science: the idea that data and theories can be published referring to formal ontologies, which allows probabilistic theories to be tested on all available data and used on prediction on new cases.

David's work has been published in over 90 research papers, predominantly in the most prestigious venues our ?eld has to offer. He has also co-authored two widely used text books and one of the originators of AIspace, a prominent set of online tools for learning and exploring concepts in AI. David's work has had a large and transformational impact on the ?eld, witnessed, for example, by the JAIR-IJCAI Best Paper Prize he was awarded in 2009 for his work on CP networks. David has served in numerous leadership position in the international AI community, including as associate editor of the two most prestigious journals in our ?eld, JAIR and AIJ, and as program chair for AAAI and UAI. David held an appointment as a Scholar at the Canadian Institute for Advanced Research from 1992 to 1995 and received the C.A. McDowell Medal for Excellence in Research at U.B.C. in 1994. For his contributions in abductive inference and in default and probabilistic reasoning, with applications to diagnosis and decision-making, David has been elected a AAAI Fellow in 2000.

In recognition of his outstanding contributions to AI, and to the Canadian AI community in particular, it is our great pleasure to present the CAIAC Lifetime Achievement award to Dr. David Poole.