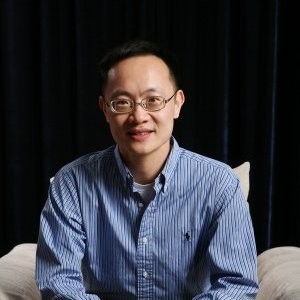 Be the first one to rate!
Mr. Lin Bin co-founded Xiaomi Inc. in 2010 and serves as its President. Mr. Lin is an Executive Director Xiaomi Corporation since May 3, 2010. He is a Co-founder of Xiaomi Corporation and serves as its President. He is responsible for Xiaomi's smartphone business. Mr. Lin joined Microsoft, where he served as Lead Project Engineer, Senior Develop Manager of MSRA, and Engineering Director of MSRA. Mr. Lin also contributed to the R&D of Microsoft products, including Windows Vista and IE 8. In 2006, he joined Alphabet Inc. as the Vice President of the Google China Institute of Engineering. He served as Engineering Director of Alphabet Inc. from 2006 to 2010. He was in charge of building and managing Google China’s Mobile Search and the Android App Localization teams. He holds directorships in various major subsidiaries of Xiaomi Group. Before joining Xiaomi Group in 2010, he had served as an engineering director at Google Inc. between 2006 and 2010. Before this, he had worked at Microsoft Corporation from 1995 to 2006, including as an engineering director at Microsoft (China) Limited from 2003 to 2006. Prior to this, he worked as Network Engineer at ADP Inc. since May 1993. He has held numerous visiting and adjunct professorships, including visiting professor at Zhejiang University in 2002, visiting professor at Tongji University in 2002, adjunct professor at Nankai University from 2002 to 2005 and adjunct professor at Sun Yat-sen University from 2005 to 2008. He serves on the Board of Advisors of the Tufts University School of Engineering. He is a Trustee of the Bin Lin Trust. Mr. Lin graduated from Sun Yat-sen University, where he obtained an electronic engineering degree/bachelor’s degree of science in radio electronics in July 1990. He received his Master’s Degree in Computer Science/Master of Science from Drexel University in June 1992.