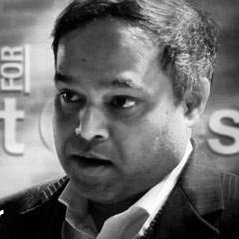 Be the first one to rate!
Ajit”s work spans research, entrepreneurship and academia relating to IoT, predictive analytics and Mobility. His current research focus is on applying data science algorithms to IoT applications. This includes Time series, sensor fusion and deep learning(mostly in R/Apache Spark). This research underpins his teaching at Oxford University (Data Science for Internet of Things) and ‘City sciences’ program at University of Madrid. Ajit is also the Director of the newly founded AI/Deep Learning labs for Future cities at UPM(University of Madrid) His book is included as a course book at Stanford University for Data Science for Internet of Things. In 2015, Ajit was included in top 16 influencers (Data Science Central), Top 100 blogs( KDnuggets), Top 50 (IoT central) Ajit has been involved with various Mobile / Telecoms / IoT projects since 1999 ranging from strategic analysis, Development, research, consultancy and project management. From 2011, he has further specialized in the predictive analytics for IoT. Ajit works with Predictive learning algorithms(R and Spark) with applications including Smart cities, IoT and Telecoms In 2009, Ajit was nominated to the World Economic Forum’s ‘Future of the Internet’ council. In 2011, he was nominated to the World Smart Capital program (Amsterdam). Ajit moderates/chairs Oxford University’s Next generation mobile applications panel. In 2012, he was nominated to the board of Connected Liverpool for their Smart city vision. Ajit has been involved in IOT based roles for the webinos project (Fp7 project). Since May 2005, he has founded the OpenGardens blog which is widely respected in the industry. Ajit has spoken at MobileWorld Congress (4 times) ,CTIA, CEBIT, Web20 expo, European Parliament, Stanford University, MIT Sloan, Fraunhofer FOKUS;University of St. Gallen. He has been involved in transatlantic technology policy discussions. Ajit is passionate about teaching Data Science to young people through Space Exploration working with Ardusat Ajit also runs a community/learning program through his company – futuretext for Data Science and IoT course