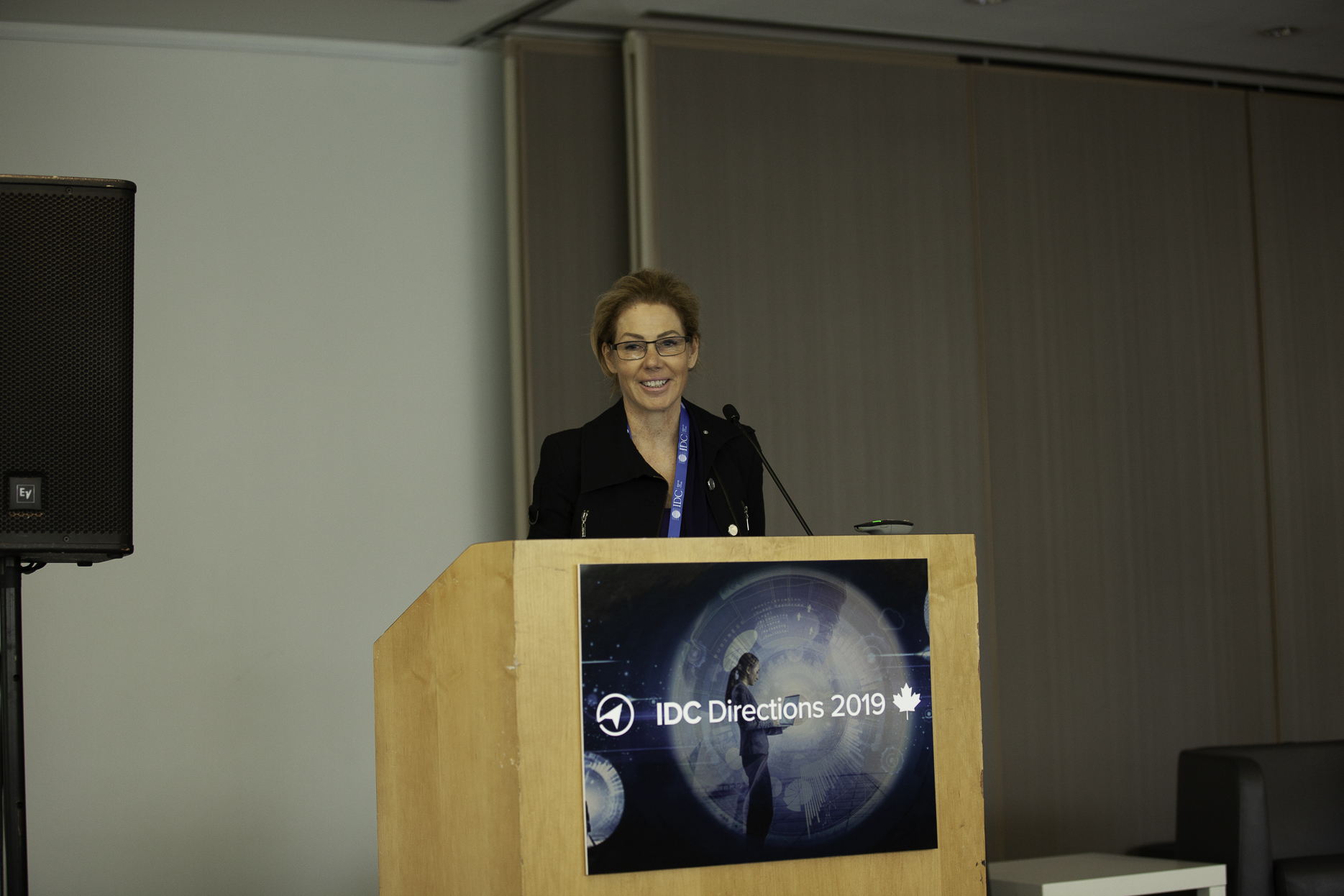 Analysts from International Data Corp. (IDC) painted a picture of what the next phase of digital transformation will look like at its Toronto-based Directions even on May 2. From building hybrid cloud models with portable workloads, to harnessing machine learning and AI services, to preparing for a 5G wireless-connected world, businesses will find the pace of change only continues to accelerate. Here are a few pieces of advice on how to ride that wave. Recently appointed ITAC President and Chief Executive Officer, Angela Mondou opened the event. Photos by Chris Sullivan except where noted. 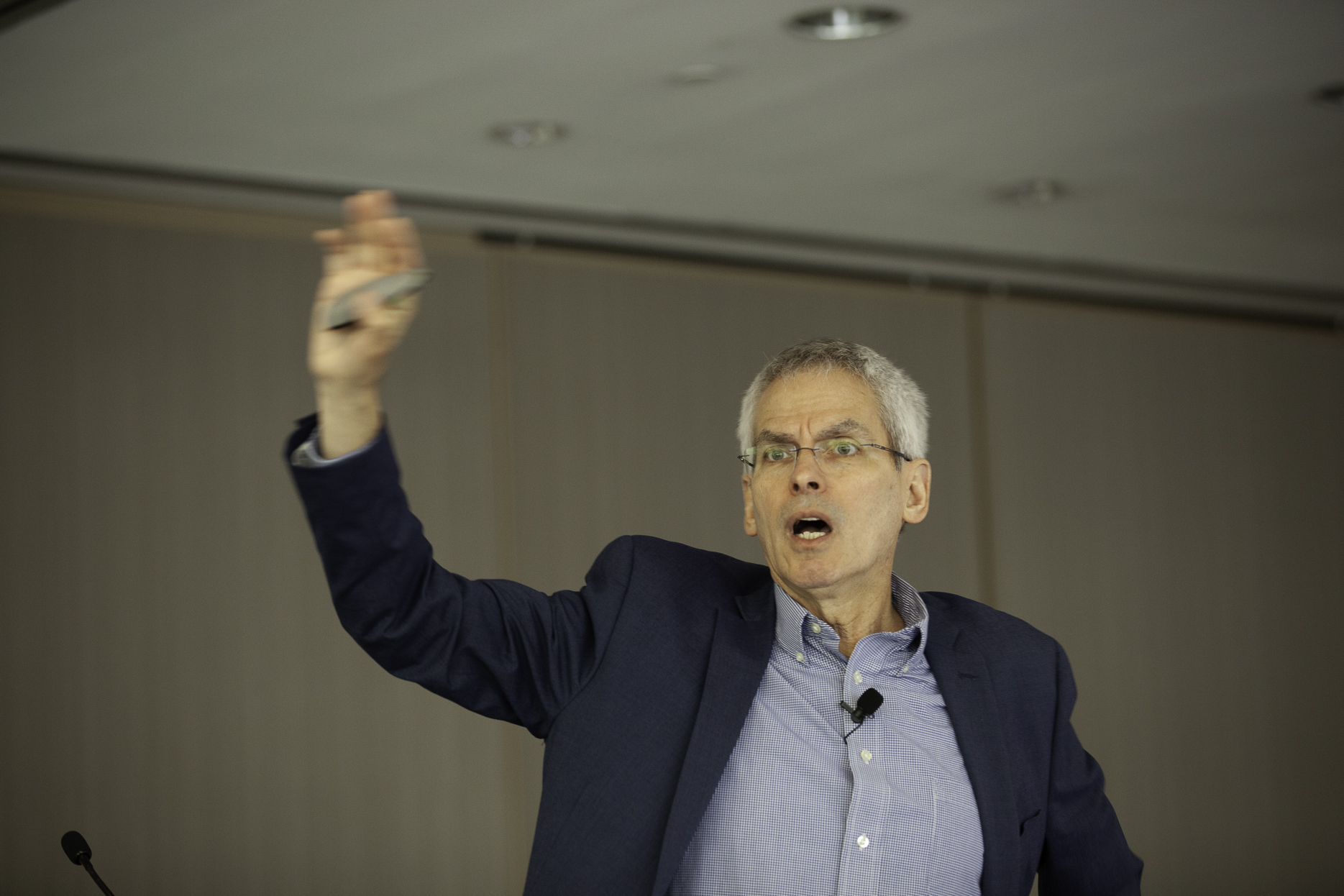 Frank Gens, chief analyst at IDC, says it’s time to get more specific about digital transformation. IDC predicts that spending on public cloud will increase in a big way – over the next five years, firms will spend twice as much as they’ve spent in the past 10 years. “It’s important to recognize that we’re at the front edge of a cloud 2.0 period.” Distributed cloud platforms debuted in the past 12 months will play a big role in that, including Google Anthos, AWS Outposts, and Azure Stack. 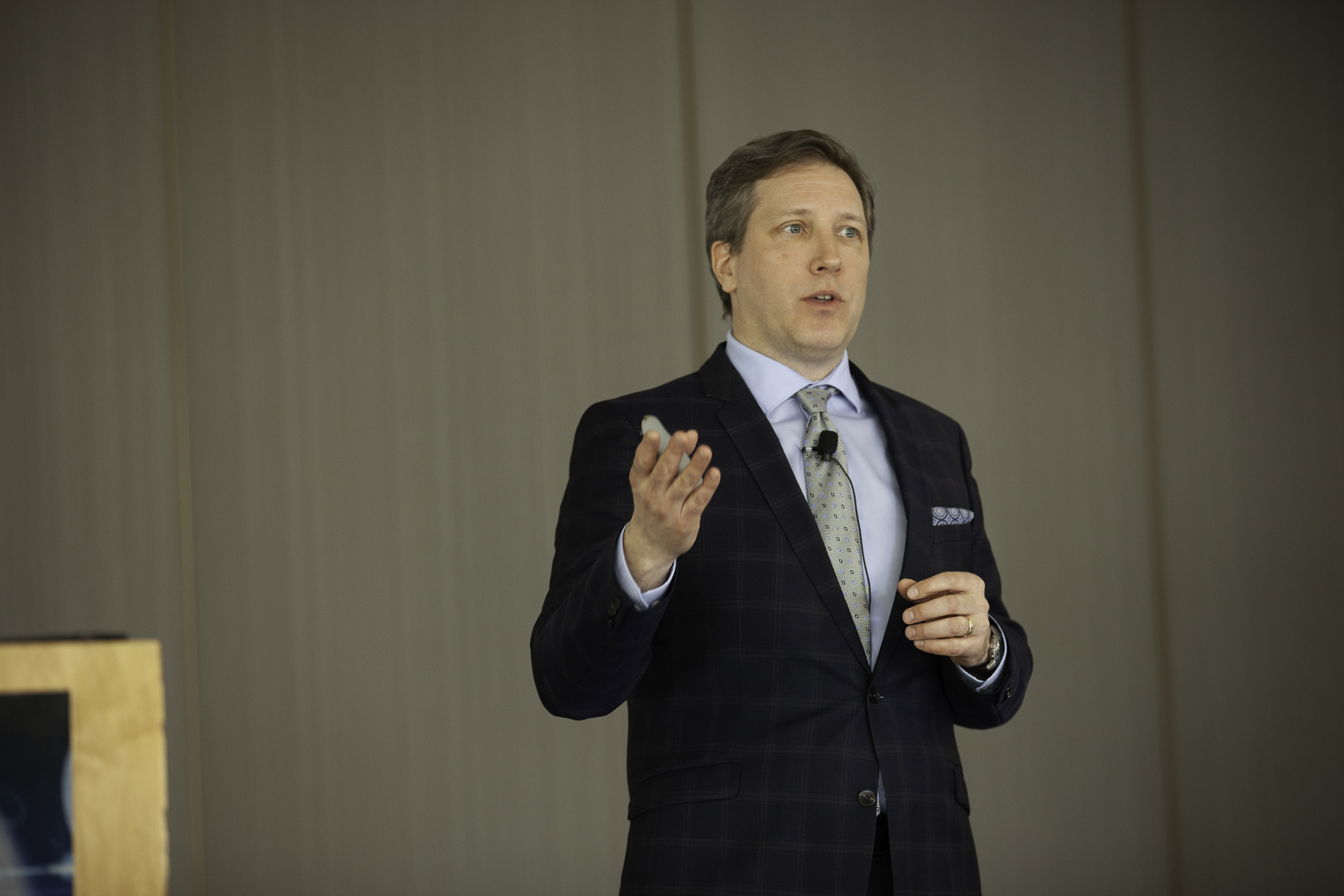 Tony Olvet, group vice-president of research at IDC Canada, says Canadian CIOs aren’t spending enough time on innovation, pointing to the Conference Board of Canada’s innovation rankings that show Canada is falling behind. An IDC survey shows CIOs spend about one-third of their time on innovation, but want to be spending half their time on it. “We need to spend more time coming up with new business models,” Olvet said. Other IDC data that’s telling of the issue: IT and the business disagree about how effectively IT is being redefined to keep up with change. While 83% of IT respondents agree, only 68% of the business agrees.

In a fireside chat (video-supplied fire included) Helen Weatherly Knight, the CIO at the Calgary Drop-in Centre, discussed her award-winning project to improve the way homeless people seeking services are identified. She made a case for the need to have operational excellence through administration at non-profit sector organizations. “I asked people about they were experiencing on having to input data five times, or how much time it took to scan something and I proved we were losing $2 million per year,” she said. “I think any organization could measure the change that could be brought to struggling users.” 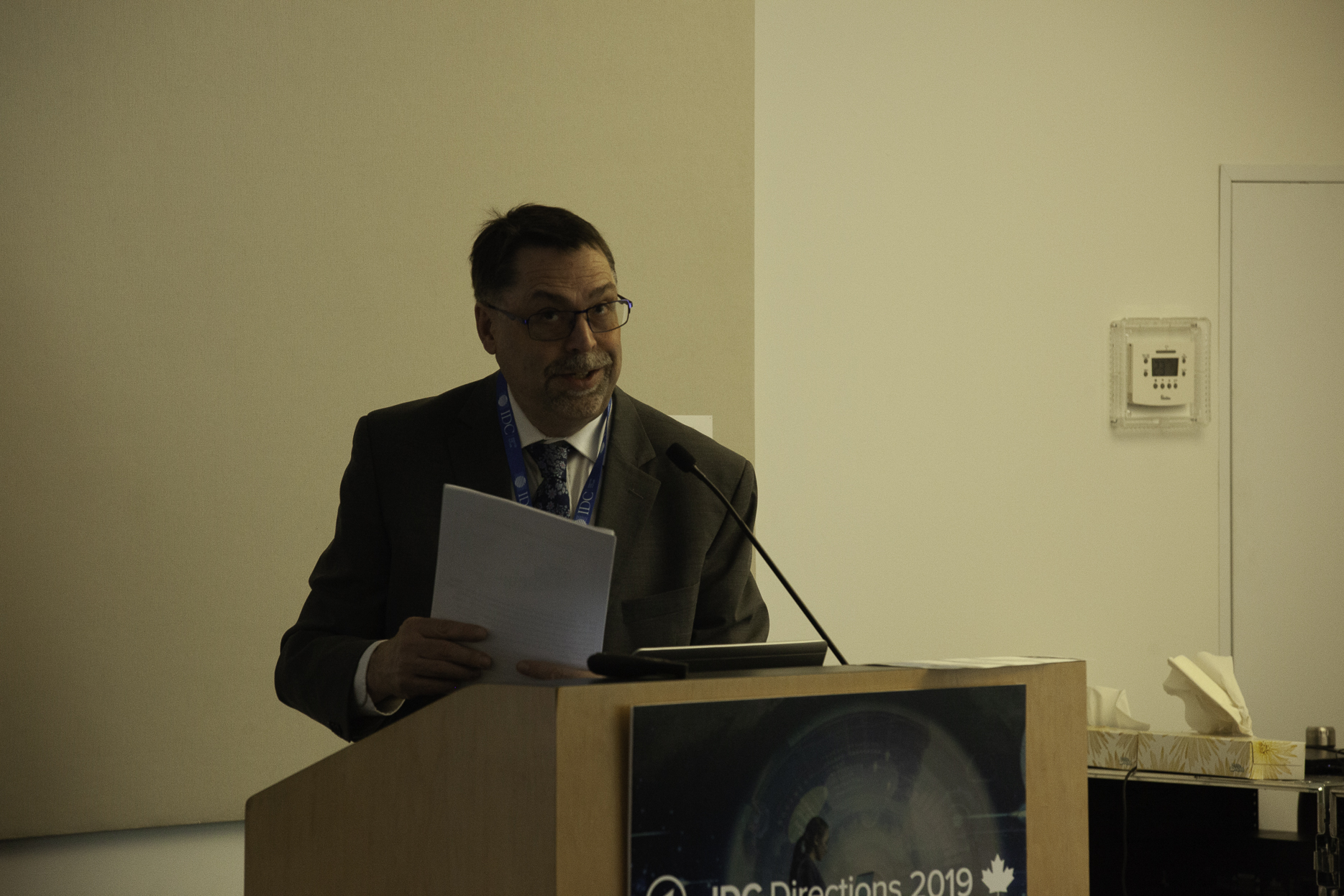 Lawrence Surtees, research vice-president of communications at IDC Canada, explained what makes 5G so radically different from 4G. It’s not just that 5G is moving into the millimetre wave spectrum, whereas previous generations were in the microwave spectrum, but also that the entire network design will be software-based. “The impact on enterprise customers will be profound because NFV will enable on-demand provisioning.” Surtees also predicted Rogers will probably be the carrier to complete the first full commercial launch in the world, though he also told ITWC that Freedom Mobile could be the first to offer it to customers in Canada. 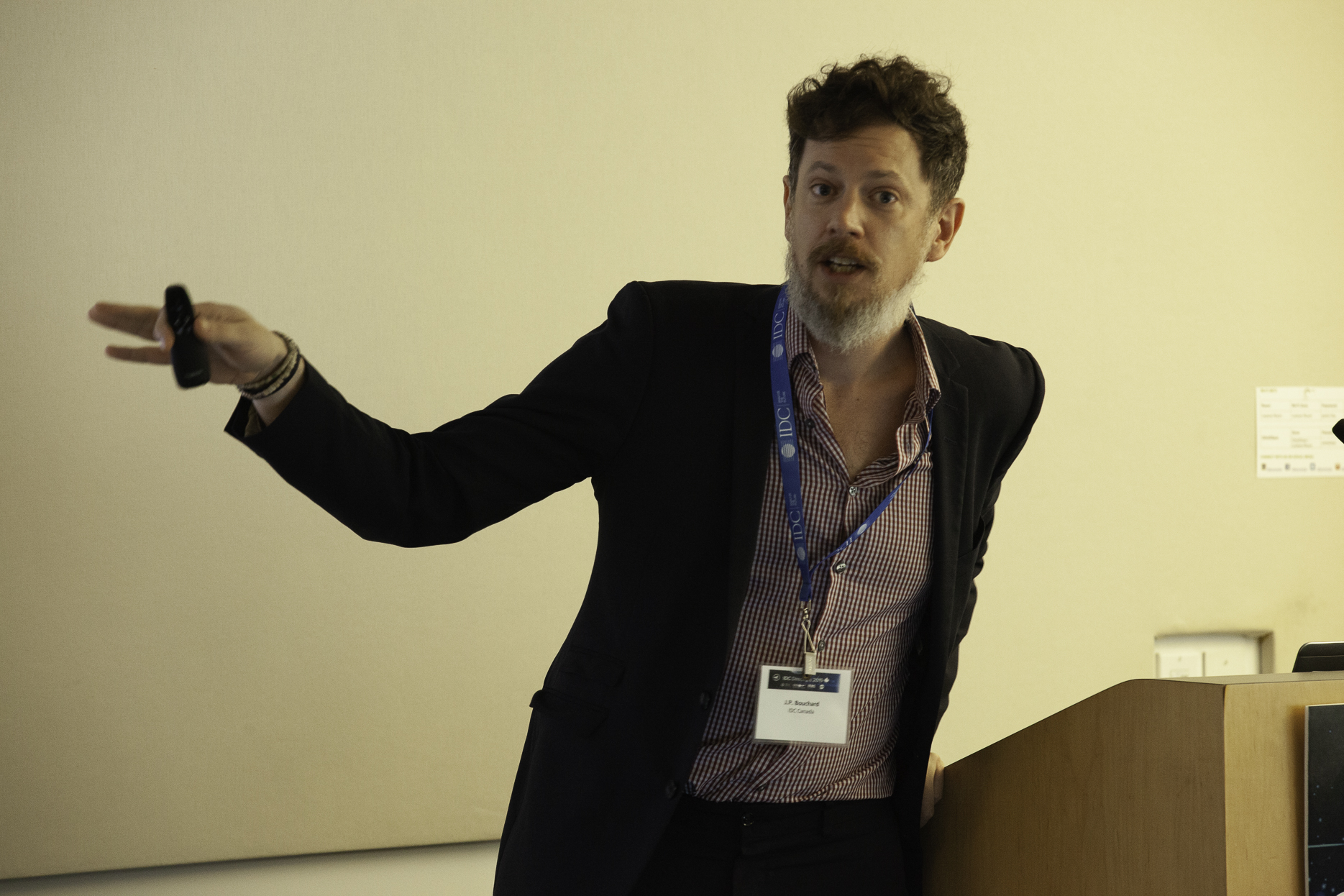 Jean Philippe Bouchard, vice-president of mobility & consumer research at IDC Canada, pointed out the consumer confusion over what 5G really means. Some people think 5G is the next Wi-Fi, others think that it was about having unlimited data. So there’s a need for more education, but the good news is that device prices for 5G chipsets should come down after 2020. “With Apple and Qualcomm being friends, you can expect the price to come down,” he said. Still, the best use cases around 5G may not even be related to smartphones. 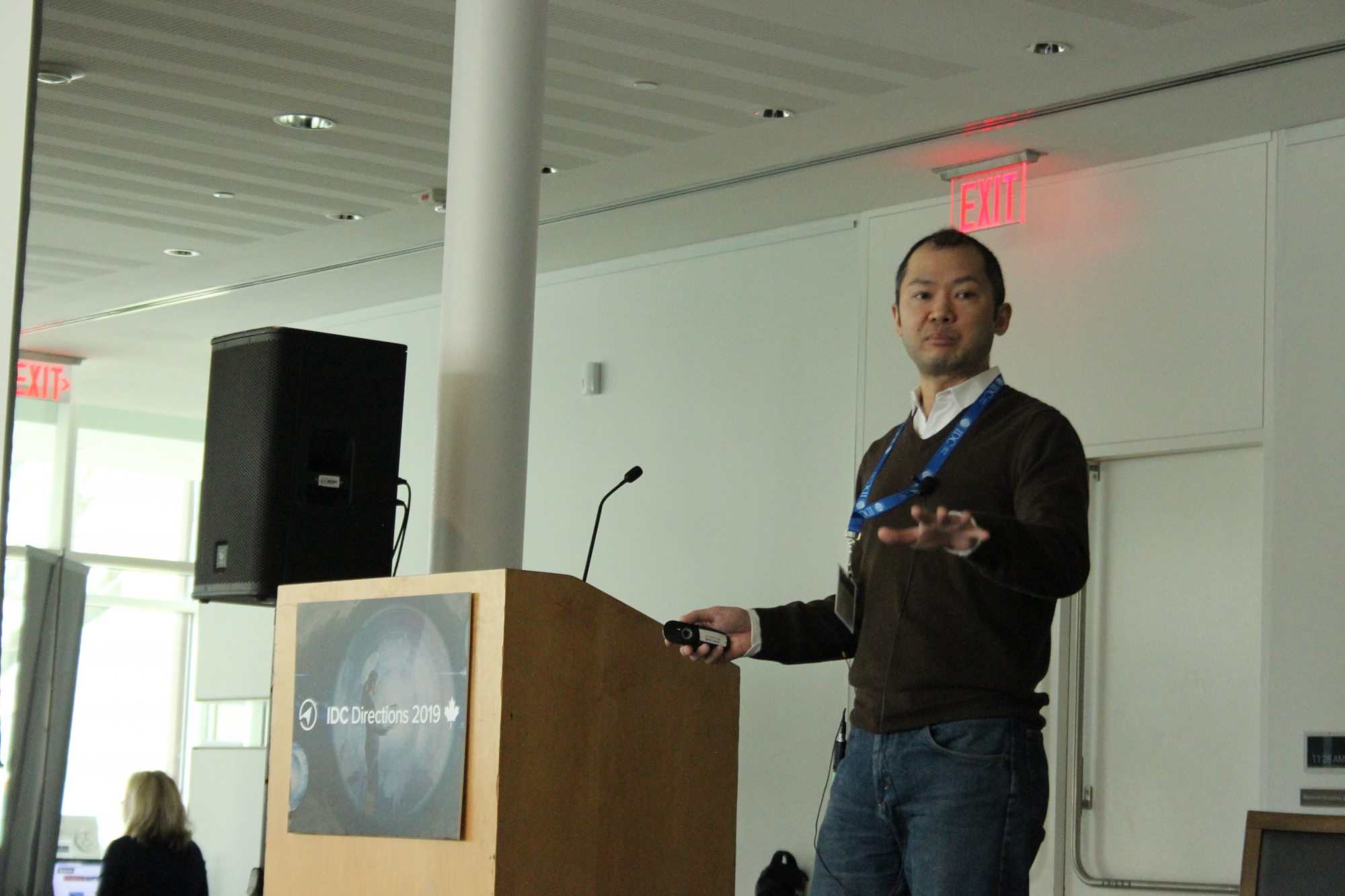 Warren Shiau, research vice-president at IDC Canada, reviewed some of the controversies in the news around artificial intelligence as of late. Whether its racial bias inherent in AI algorithms, or hiring programs that discount women, ethical issues around AI abound.  The problem is with AI that’s sold in a blackbox model, where it’s not clear how decisions were made, Shiau said. With rules-based AI, there is more trust. “They share traceability. You can figure out who set the rules, who supervised changes, and there is accountability.” (Photo by Brian Jackson) 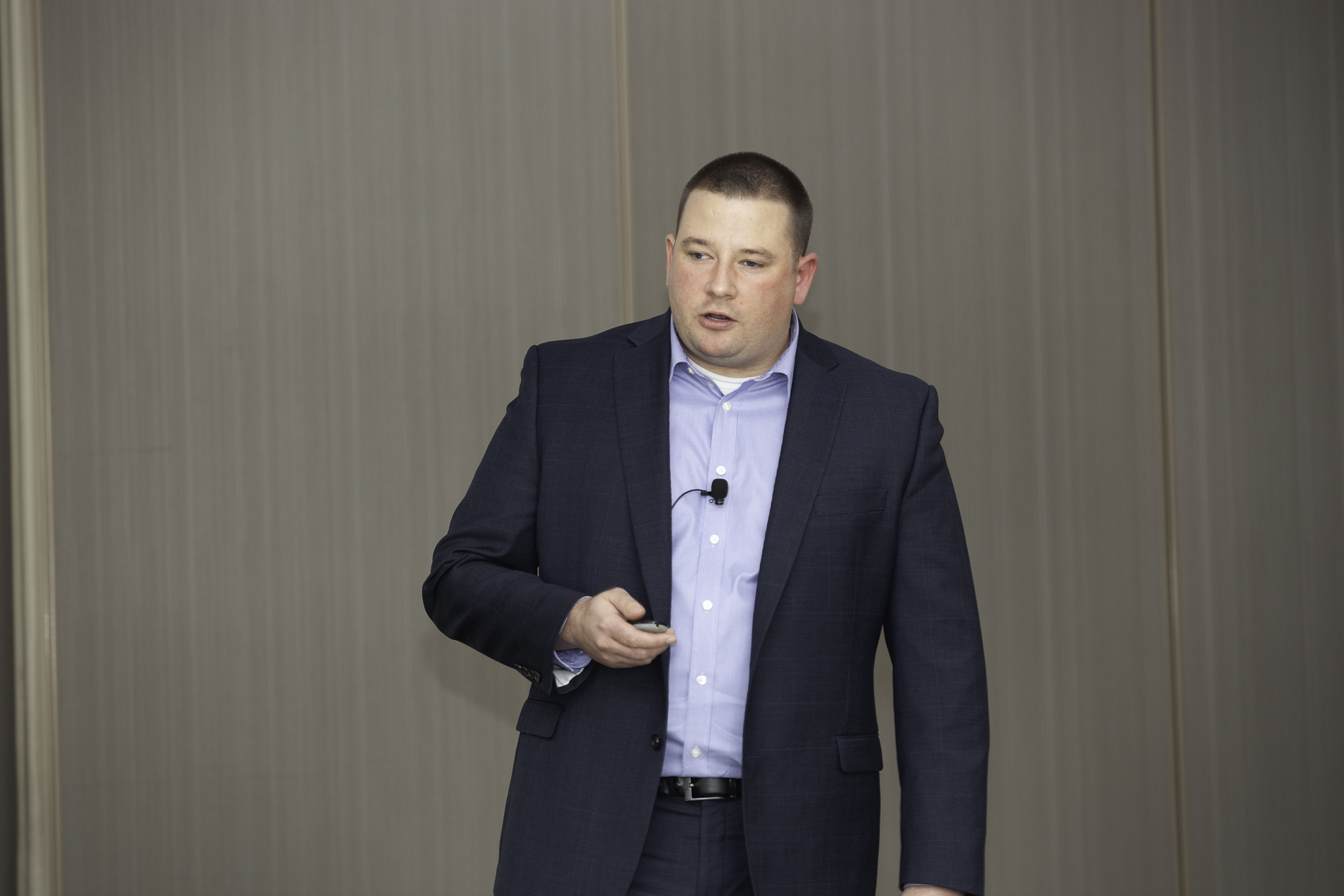 Kevin Lonergan, research manager of security and infrastructure at IDC Canada, spoke of the importance of building cyber resiliency in an organization. To do this, it’s important to do cyber security training that forms good habits among staff. In a survey, two-thirds of firms tell IDC they believe they have good security habits. But less than half can reference a cyber security framework they use for creating a plan. Also telling, companies that describe themselves as having “low maturity” in a training program (re: no real training whatsoever), suffer the most self-reported breach incidents by far. 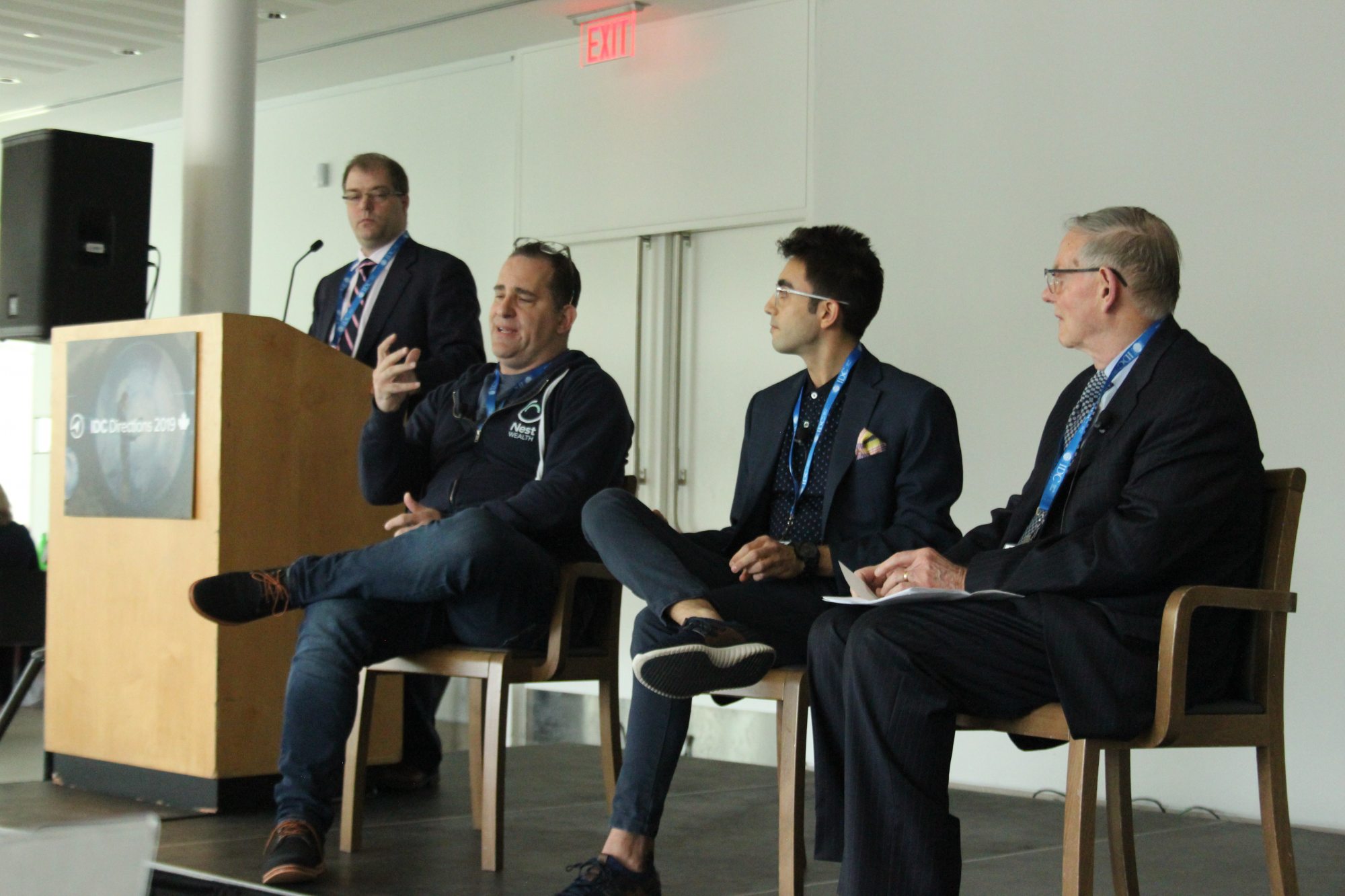 On a FinTech panel, Randy Cass, the CEO of Nest Wealth (first seated at left), spoke of the difficulty that startups can have breaking into Canada’s entrenched banking sector. “The financial industry in Canada is unbelievably stubborn and hard to make a dent on from the outside looking in,” he said. “The secret to success is to listen.” While not everyone can follow the path of Wealthsimple, which has raised hundreds of millions of venture capital to build up its robo-investing business, banks are looking to partner with startups bringing great approaches to customer experience. (Photo by Brian Jackson) 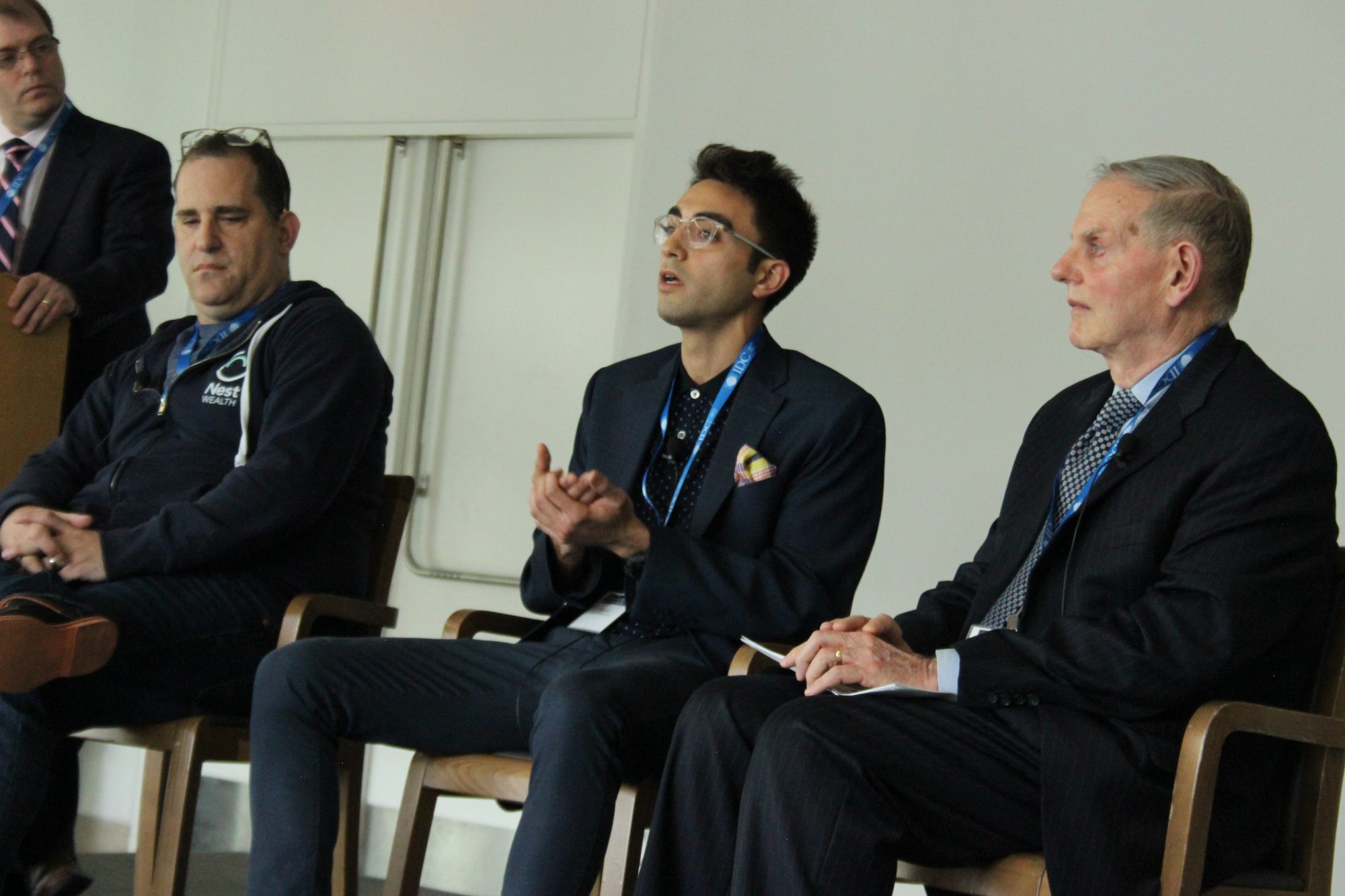 Basil Ennab, market development of FinTech at MaRS, said the incubator advocates for banks to partner with startups. Open banking will be a big opportunity for startups in Canada, as it will require established banking players to provide access to their data so long as customers provide consent. In the UK, that led to a market shakeup, but only after the government took the initiative to make open banking a reality. “The more access to customers FinTech will have, the more capital they’ll raise and they more employement they’ll be able to bring,” he said. (Photo by Brian Jackson) 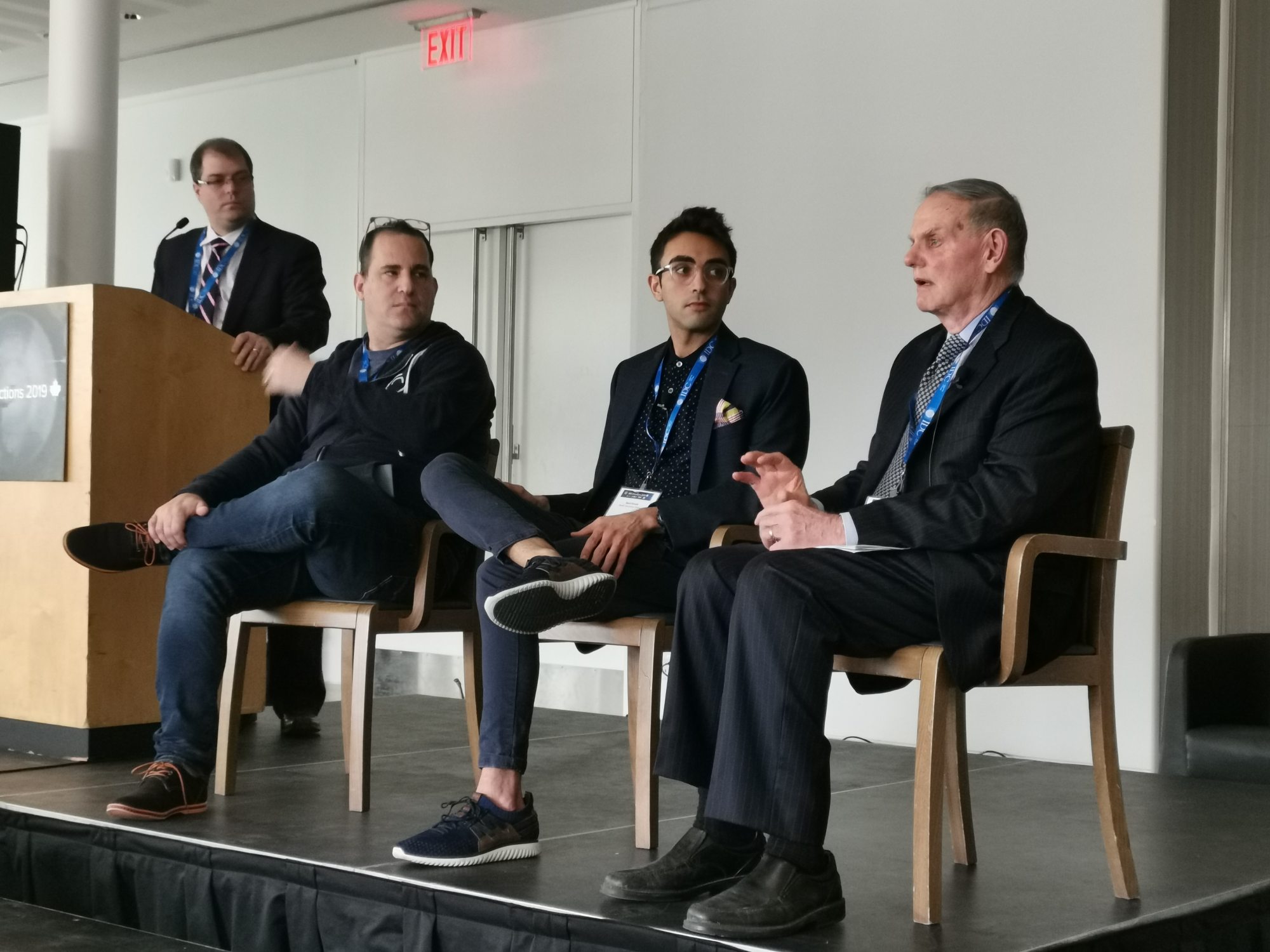 Robert Smythe, associate of IDC Canada, says that banks trying to modernize their systems face the challenge of overhauling the core banking system. Other countries around the world, including Australia and the U.K. have introduced open banking and real-time payments already. Payments Canada is currently underway with this, but Canada is behind. And this isn’t a case of consumer demand driving change. “People don’t care, if they get something two days late posted to their hydro account, they accept that as the way of doing business,” he says. (Photo by Brian Jackson)