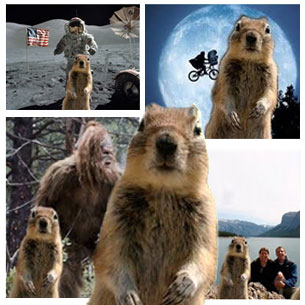 Though definitions of “Internet meme” vary, it is basically a piece of digital content that spreads rapidly online, mutating as various people alter its details before passing it along via message boards, forums, or e-mail. This slideshow revisits some of the most popular Internet memes of the past decade. We bypassed examples that began as marketing campaigns, as in the Snakes on a Plane meme. But online parodies of buzzworthy ads such as Old Spice’s “The Man You Could Smell Like” may qualify a classic Internet memes, despite their commercial origin. Who knows, maybe you’ve helped spread a few memes yourself. 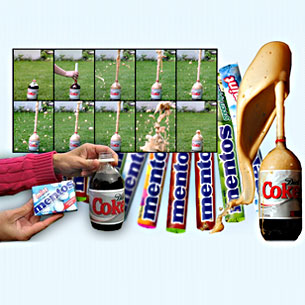 The Diet Coke and Mentos experiment predates video-sharing sites, but the Internet gave crackpot chemists a vast new audience for their cola geyser (or cola bottle rocket) demonstrations. An April 2006 NPR story on the craze led to a surge in Diet Coke-and-Mentos videos, including a choreographed, 122-bottle extravaganza on the Late Show with David Letterman. But some of the best clips were amateur efforts in which things didn’t go exactly as planned. (The compilation image depicting a Coke bottle as it erupts is from Flickr user ClearlyAmbiguous.) 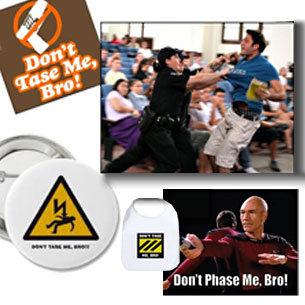 After a September 2007 speech at the University of Florida, U.S. Senator John Kerry opened the floor up to questions. When Andrew Meyer, a 21-year-old journalism major, got his turn at the mic, he launched into a tirade that campus police deemed too belligerent–so they swooped in to give the agitated undergrad the bum’s rush. A scuffle ensued. “Don’t tase me, bro!” Meyer wailed. Oops, too late! The ordeal was caught on tape and quickly became a viral smash. The end result: A Today Show appearance for Meyer and a treasure trove of taser-worthy video clips, including several rap remixes, one with parachute-pants icon MC Hammer. 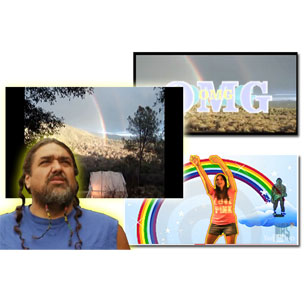 “Whoa! That’s a full rainbow … all the way. Double rainbow! Oh my God!” For a near-orgasmic appreciation of nature, it’s hard to top Yosemite Bear Mountain Giant Double Rainbow, a viral video sensation in which Yosemite resident “Bear” Vasquez whoops and weeps at the site of a double rainbow in the mountain skies beyond his front yard. Vasquez quickly became an Internet sensation after late-night talk-show host Jimmy Kimmel linked to the video and invited the burly mountain dude to do a guest spot. Naturally, a flood of Double Rainbow parodies soon followed, including remixes from Auto-Tune fans who put Bear’s spacey narrative to music. 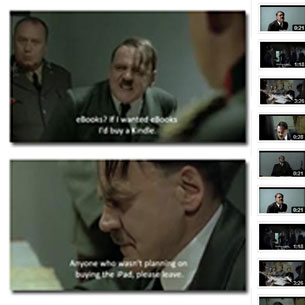 Adolf Hitler…funny? Not exactly. But video parodies of the excellent 2004 German film Downfall, in which rewritten subtitles show a defeated, bunker-bound Fuhrer going ballistic over banal and anachronistic topics (like getting booted off Xbox Live) are good for a few laughs. Each parody features a Downfall clip of Hitler going into a rage upon realizing that World War II is lost. The actual dialogue is unchanged, but altered captions have the dicator snarling about everything from a late pizza to his Windows 7 upgrade plans. The film’s director has said that he likes the parodies, but Downfall’s production company has asked video sites to remove them. 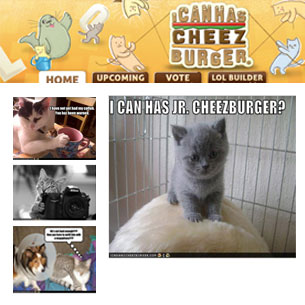 The ever-aloof house cat loves its human companion on its own terms — and its sometimes exasperating indifference may actually be part of its appeal. But how to explain the allure of lolcats, an Internet meme in which feline fans post grammatically incorrect captions for cute cat pics and videos? Some Web historians attribute lolcat’s origins to I Can Has Cheezburger?, a loopy site for kitty-caption fans that debuted in 2007. But whatever its origins, the lolcat phenomenon shows no signs of letting up, and images of other charismatic critters have become caption fodder too. Whut’surfunneecapshun? Mee-ow. 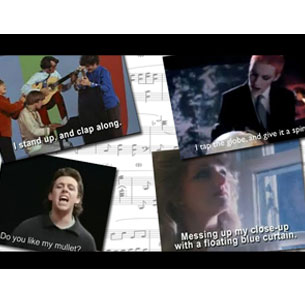 Symbolism, bah! If you’ve ever felt that a song’s lyrics should match its music video’s visuals–artistic ambiguity be damned–literal videos are for you. These pop parodies retain the video’s visuals but replace the original lyrics with intentionally clunky lines that describe the action or editing to a tee. Still confused? Well, literal videos have subtitles, too. Two popular examples are a reworking of A-Ha’s artsy 1985 hit “Take On Me,” and a literal take on Bonnie Tyler’s moody “Total Eclipse of the Heart.” After reading lines like, “You know you like it that I’m flirting with you,” how could you miss a thing 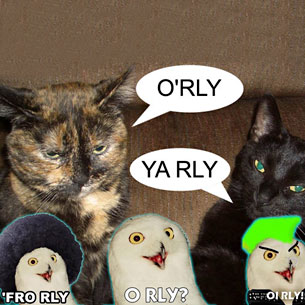 The iconic image of a snowy owl with a big ol’ “O RLY?” caption (as in “Oh, really?”) has been a snarky Web staple for nearly a decade. Numerous Netizens have used the photo, or at least the term, to shoot down opinionated Internet gasbags over the years. O RLY’s origins are hazy–Wikipedia traces its roots to comedy site Something Awful’s user forums circa 2003. But whatever its roots, the yellow-eyed owl has spurred Photoshop fans to create a seemingly endless series of alternate pics, including many with creepy cats, insipid politicians, and altered captions like “YA RLY.” 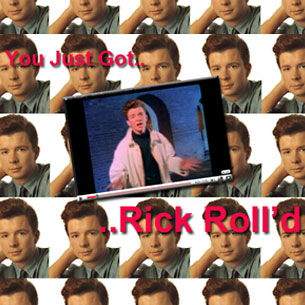 Who’d have imagined that one of the biggest Internet memes would feature an ’80s music video from a long-retired British pop singer? In 2007, Rick Astley’s 1987 sugary hit single “Never Gonna Give You Up” became a Web phenom of the bait-and-switch variety. If you’ve been “rickrolled”–and who hasn’t?–you know the drill: Click a seemingly relevant link on a particular subject and–wham!–you’re treated to Astley’s perky dance video instead. The prank peaked in late 2008 when Astley himself participated in a live rickroll during the Macy’s Thanksgiving Day Parade. While rickrolling still happens today, it’s less likely to tell a lie and hurt yo 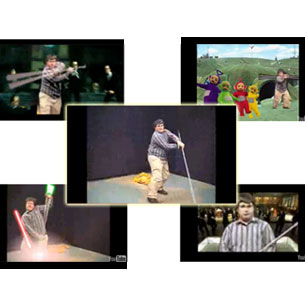 In 2002, a chunky 16-year-old Canadian kid made the grievous error of videotaping himself practicing Jedi-like moves using a golf ball retriever as a light saber. A schoolmate found the tape in the school basement and passed it among friends, and the video soon went viral online. Countless edited versions ensued, including several with Star Wars-style sound effects, scrolling text, and even glowing lightsabers. The Skywalker wannabe later sued the original uploaders, but the suits were either dropped or settled out of court. As Obi-Wan Kenobi might say: “High school. You will never find a more wretched hive of scum and villainy. We must be cautious.”