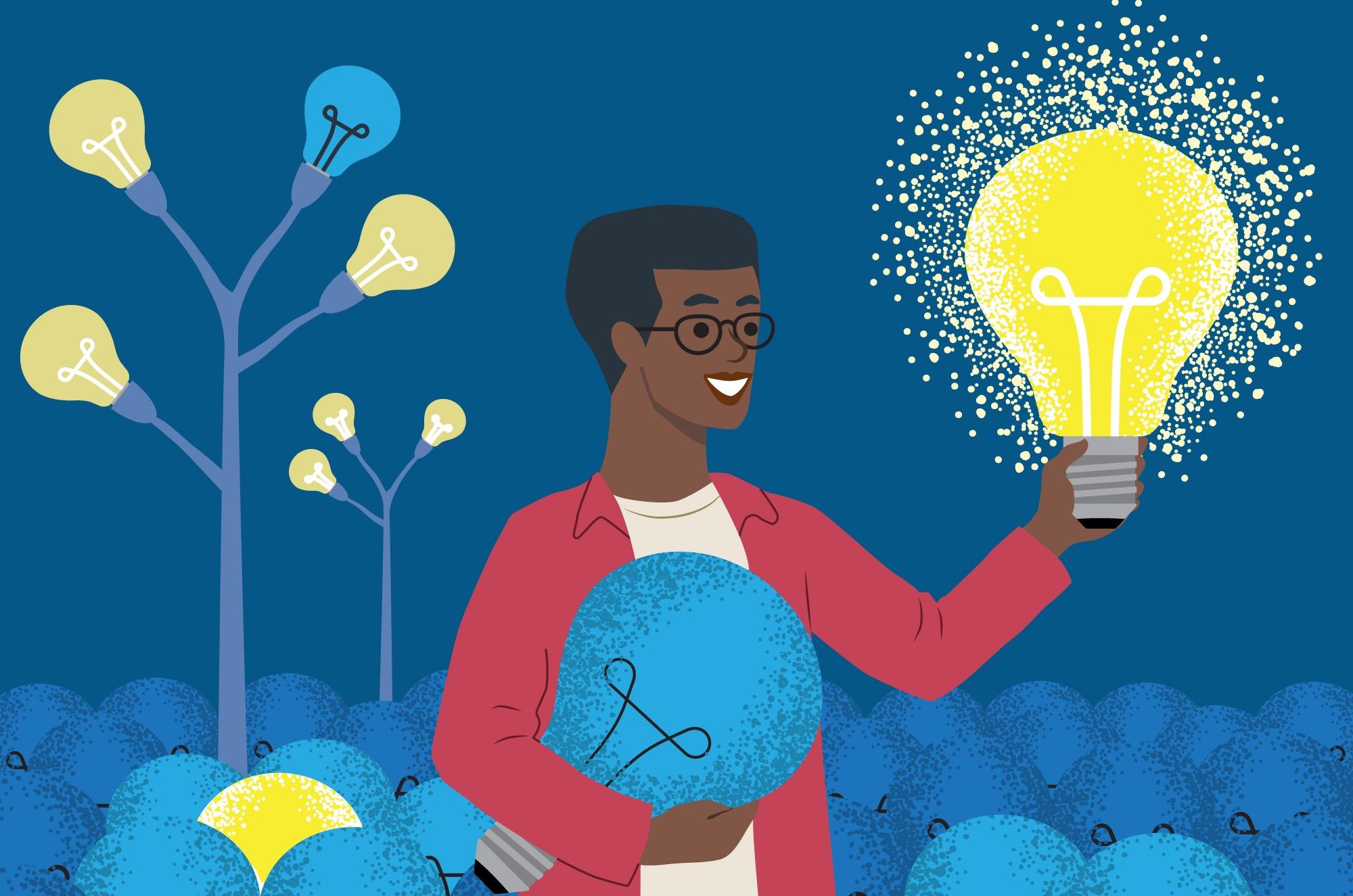 Diversity in Canada’s growing tech ecosystem has increased over the last decade, but it is still not enough. According to last year’s Brookefield Institute’s Who are Canada’s Tech Workers’ report, despite high participation rates overall, visible minorities earn less than non-visible minorities in tech occupations and certain groups are notably underrepresented. Black workers have the lowest rates of participation and the lowest pay.

It’s important we highlight the talent that is helping transform the tech industry in Canada and beyond. We’ve put together a list of Black tech innovators you should know the works of! 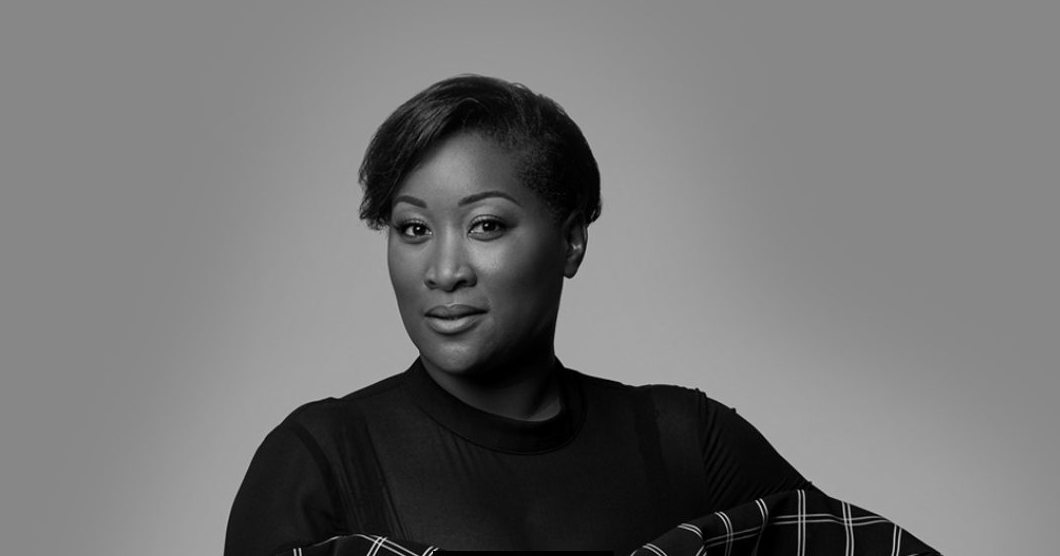 An award-winning social entrepreneur, author and tech education trailblazer, Tamar Huggins has helped several Black tech founders raise funds to launch their tech startups in Canada. With the aim of motivating young girls and children of colour to see positive reflections of themselves within the tech industry, in 2015 Huggins founded Tech Spark – Canada’s first technology and design school committed to empowering girls and children of colour through innovative tech education.

Huggins was named the Harry Jerome Young Entrepreneur and honoured as one of 100 Black Women to Watch in 2015. She was also part of Canada’s top 150 black women creating impact across the nation by CBC and Herstory In Black in 2017. Huggins has raised six-figure investments for Tech Spark, educated over 1,500 youth in under two years and says she is on track to educate 70,000 youth by 2022. 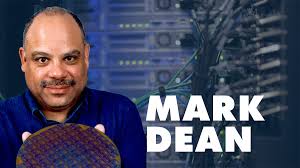 If you have ever used a coloured-screen computer or printed from a computer, you gotta thank Mark Dean for it! Dean helped develop a number of landmark technologies for IBM, including the colour PC monitor, and the first gigahertz chip – a revolutionary piece of technology that is capable of performing a billion calculations a second.

Dean’s love for building things has helped him perform all the innovative work that he is known for today. He holds three of IBM’s nine groundbreaking personal computer patents.

He also co-invented the Industry Standard Architecture system bus, which allows for computer plug-ins such as disk drives and printers.

While Dean may not be as known as computer gurus like Bill Gates or Steve Jobs, his contributions to the world of personal computers are no less significant.

Kathryn Finney is the founder and managing director of digitalundivided (DID), a social enterprise that develops programs aimed at increasing the active participation of urban communities, especially women, in the digital space. Headquartered in New York City, DID has partnerships with Facebook, Uber, Pandora and other major tech companies.

DID runs the highly successful FOCUS Fellow program, an eight-week tech entrepreneurship program for Black women founders/co-founders of tech-enabled companies. Thirty per cent of Focus Fellows have raised funding, with 10 per cent raising more than $500,000.

In 2013, Finney received the Champion of Change Award from the White House for her work increasing inclusion in the tech industry. She’s also received the SXSW Black Innovator Award, The Grio 100 and Ebony Power 100 List of the Most Influential African Americans, and the Black Enterprise “40 under 40” list. 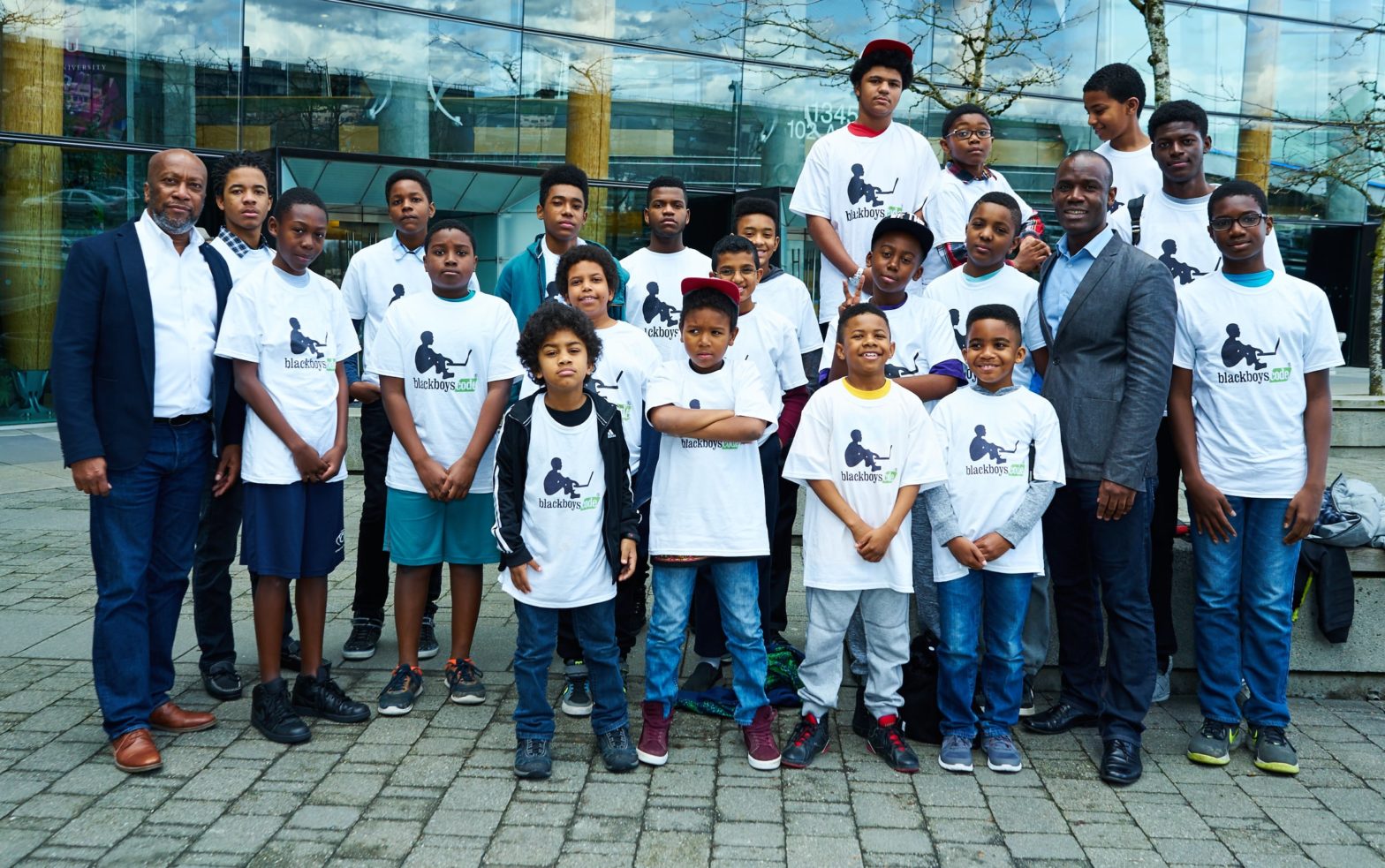 Since 2015, the non-profit has grown to include local chapters in 10 Canadian cities—Vancouver, Toronto, Montreal, Calgary, Edmonton, Halifax, Ottawa, Hamilton, Brampton, and Windsor—and one in Atlanta, Georgia.

The organization launched its newest chapter in Windsor with help from a $513,924 grant from the CanCode fund, a federal government initiative that funds digital skills programs for kids. 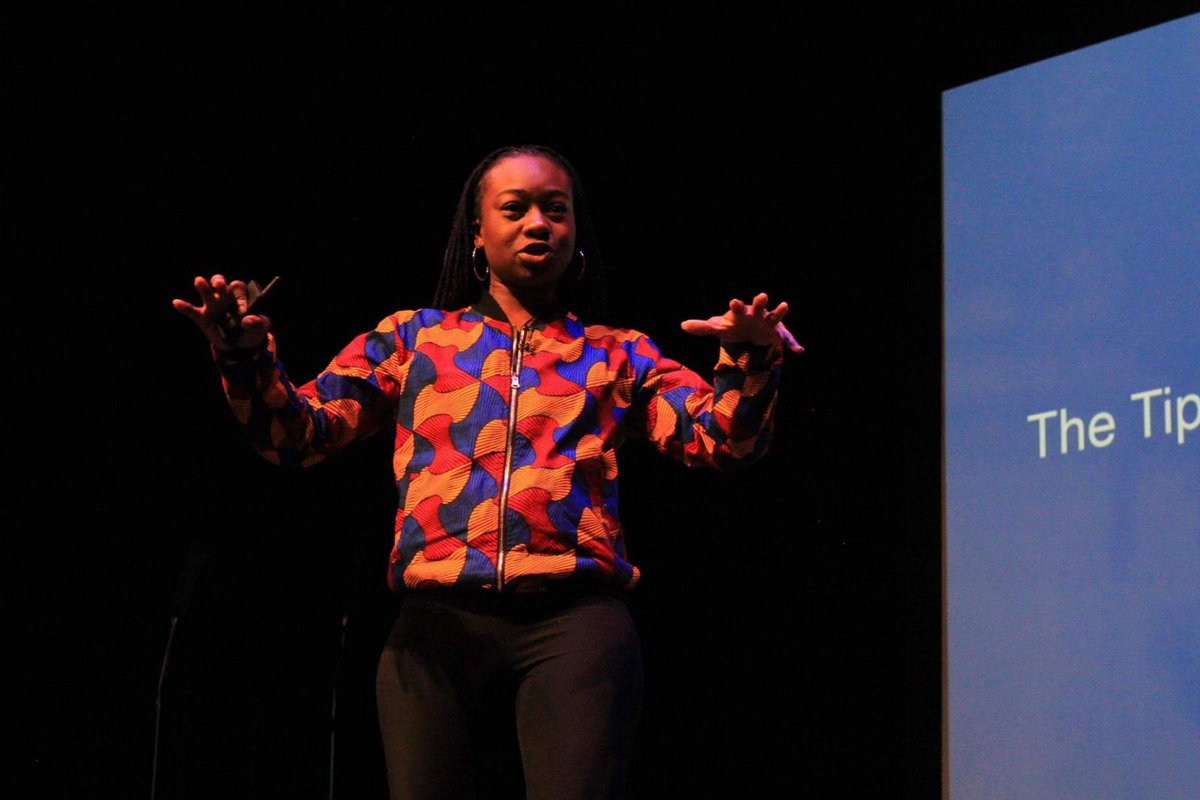 A highly dedicated community advocate for several years now, Duodo has developed and led numerous children and youth initiatives in more than 40 low-income communities across the GTA and Hamilton, ON. She holds both an HB.Sc. in chemistry and biology and a PhD in chemistry from the University of Toronto. 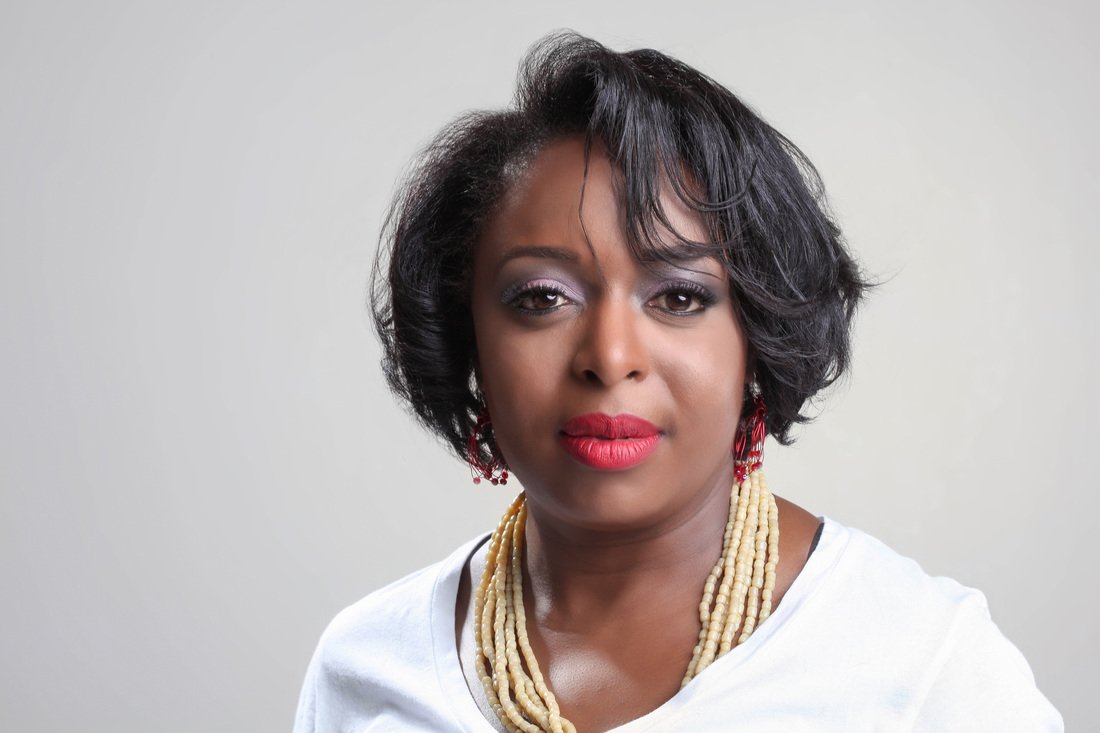 Kimberly Bryant is the founder and executive director of Black Girls Code, a non-profit organization dedicated to “changing the face of technology” by introducing girls of colour (ages 7-17) to the field of technology and computer science with a concentration on entrepreneurial concepts.

Since its birth in 2011, Bryant has helped Black Girls Code grow from a local organization serving only the Bay Area, to an international organization with seven chapters across the U.S. and in Johannesburg, South Africa. The organization has currently reached over 3,000 students and continues to grow and thrive.

Bryant has enjoyed a successful 25+ year professional career in the pharmaceutical and biotech industries as an engineering manager in a series of technical leadership roles for various Fortune 100 companies such as Genentech, Merck, and Pfizer. 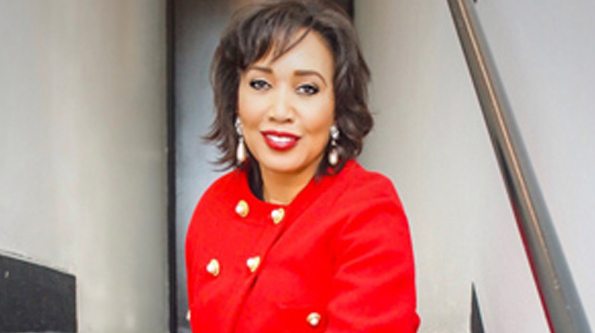 Janet Emerson Bashen is the first African American female to hold a patent for a software invention, according to Black History in America (BHA).

Her software, LinkLine, is a web-based application for Equal Employment Opportunity (EEO) claims intake and tracking, claims management, document management and numerous reports. Bashen was issued U.S. patent #6,985,922 on January 10, 2006, for a “Method, Apparatus and System for Processing Compliance Actions over a Wide Area Network.”

She is the founder, president and CEO of Bashen Corporation, a human resources consulting firm that provides end-to-end EEO compliance administration services.

Established in September 1994, Bashen built the business from her home office, which was little more than her kitchen table with no money, one client and a fervent commitment to succeed. 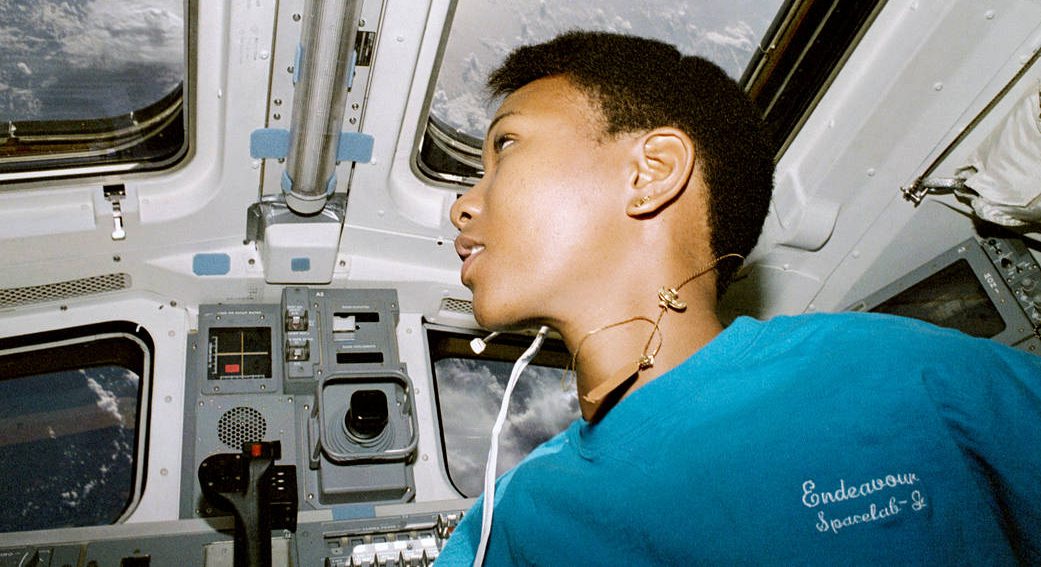 An American engineer, physician, and former NASA astronaut, Mae Carol Jemison was the first black woman to travel into space when she served as a mission specialist aboard the Space Shuttle Endeavour. Jemison joined NASA’s astronaut corps in 1987 and was selected to serve for the STS-47 mission, during which she orbited the Earth for nearly eight days on September 12–20, 1992.

Jemison left NASA in 1993 after serving as an astronaut for six years in total. She started The Jemison Group, a consulting company that encourages science, technology, and social change. She also began teaching environmental studies at Dartmouth College in Hanover, New Hampshire, and directed the Jemison Institute for Advancing Technology in Developing Countries. 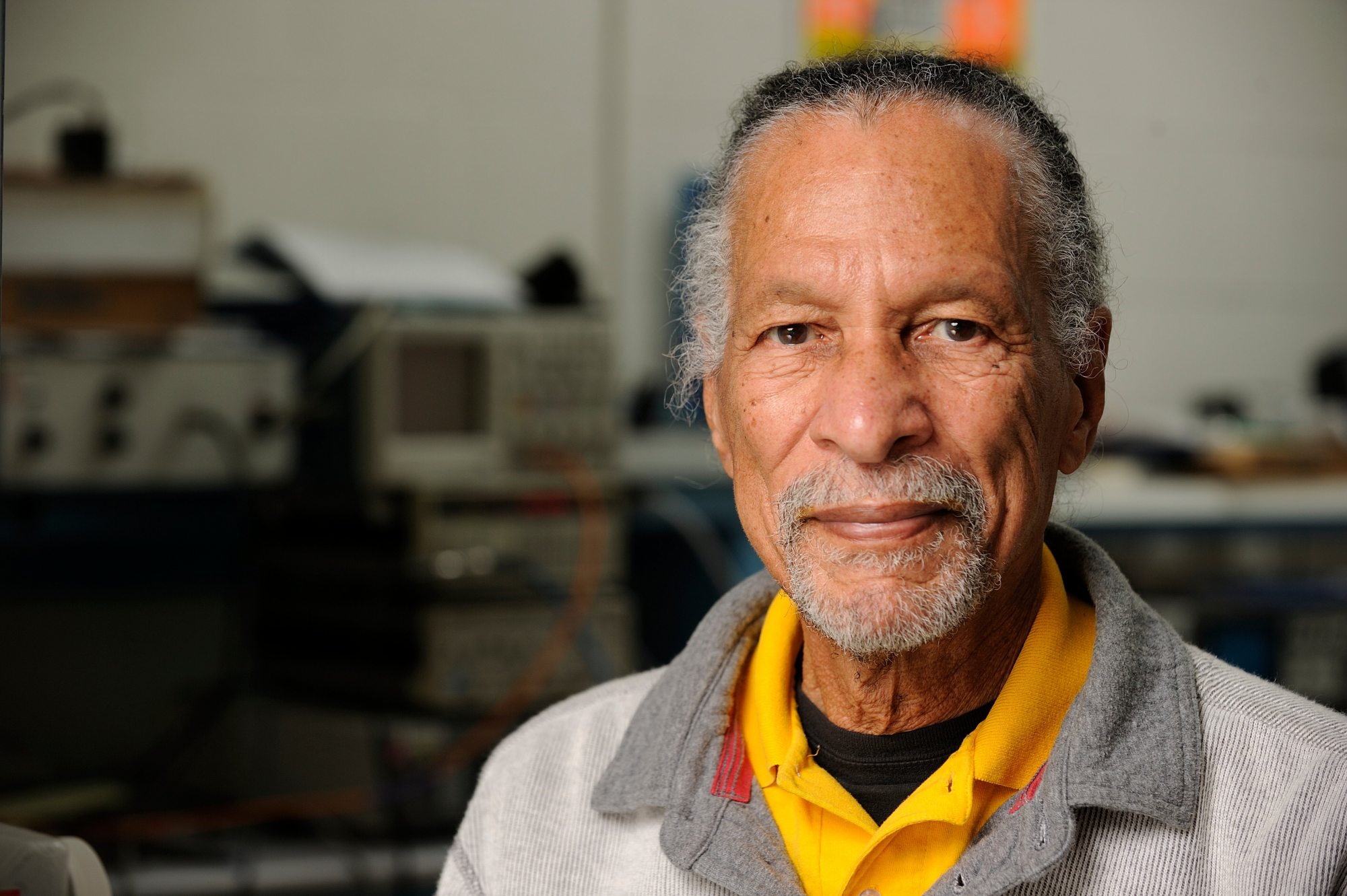 The disruptive work of James West transformed the way people around the world hear and transmit sound. Today he’s a research professor at Johns Hopkins University’s Whiting School of Engineering, but West is best known as the co-inventor of the foil-electret transducer, an inexpensive but highly sensitive device that revolutionized the sound industry and is now the basis of sound transmission in most cell phones, hearing aids, professional microphones, and other acoustical equipment.

James holds over 60 U.S. patents and more than 200 foreign patents using polymer foil electrets in transducers during his 40-year career with Bell Laboratories, where he had worked as an acoustical scientist since graduating in 1957 from Temple University with a degree in physics. 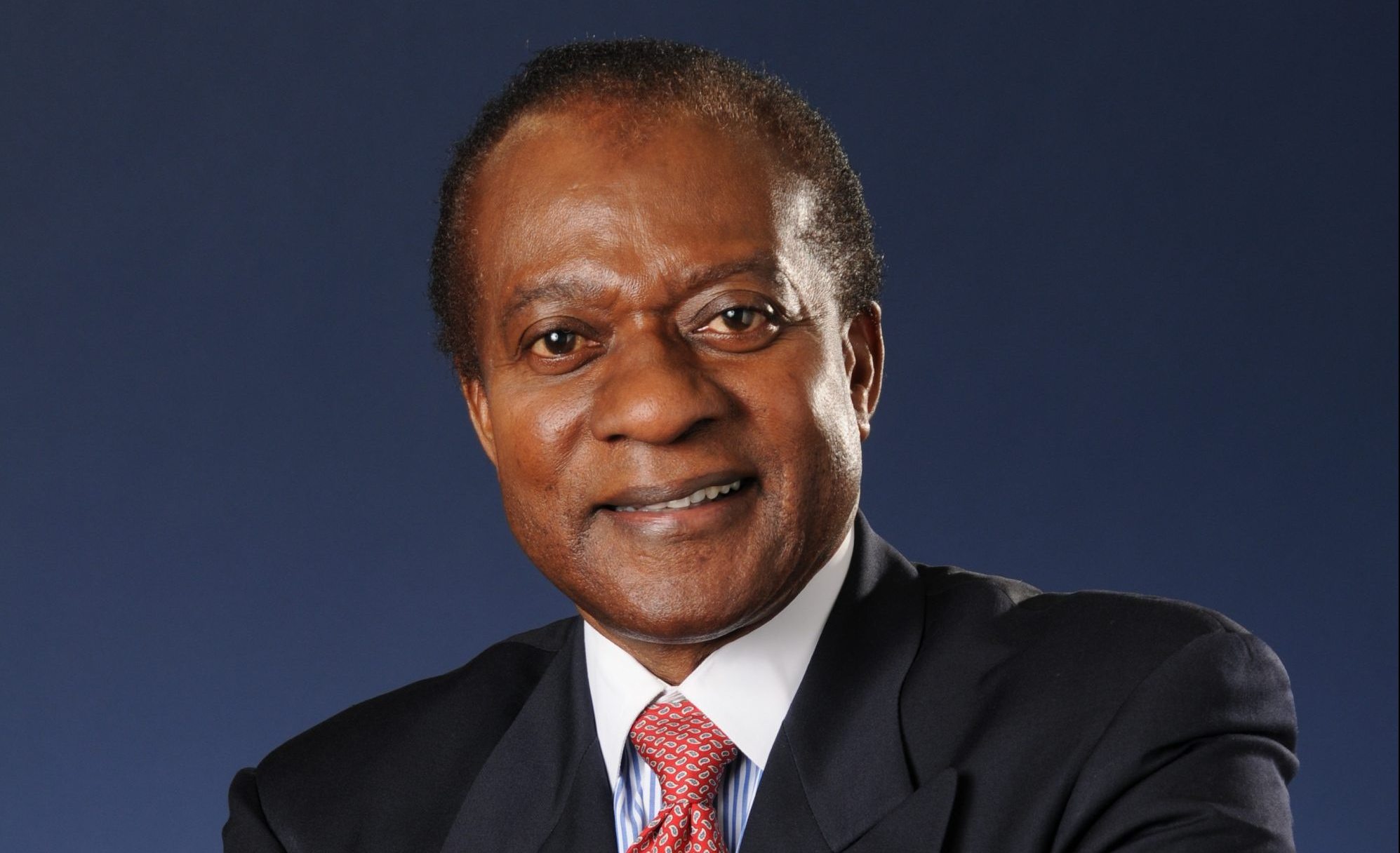 Lawrence worked for Bell Laboratories for many years, retiring as vice-president, Advanced Communications Technology – Bell Laboratories, AT&T, Lucent Technologies. He is currently a distinguished research professor and the director of the Center for Intelligent Networked Systems, Stevens Institute of Technology. He was inducted into the U.S. National Inventors Hall of Fame in 2016. 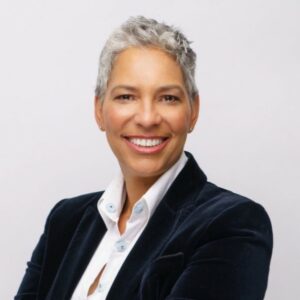 Diana Olusanmu is technically skilled with substantial international business experience and partner management as well as strategic thinking with a deep interest in sustainability.

Beyond its flagship egg prediction software product Violet developed for patients undergoing oocyte cryopreservation, Future Fertility says it has additional AI solutions in its pipeline, unlocking key decision points in the 2.5 million in vitro fertilization (IVF) cycles per year, for which no non-invasive tools exist to date. 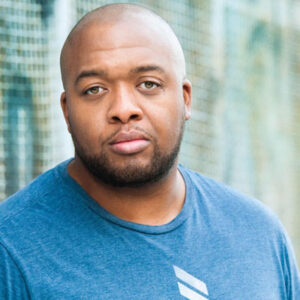 Christopher Lafayette is an emergent technologist in virtual and augmented reality applying his talents to MedTech, education, blockchain, and applied sciences.

He is working for a more equitable culture in technology serving as a Silicon Valley national and international speaker, thought leader, and advocate for greater expansion of community in technology that includes cross-culture and inclusion considerations. He also works with corporations and startups to help bring more human-centered culture into technical ecosystems. He’s now translated this process into the Black Technology Mentorship Program. 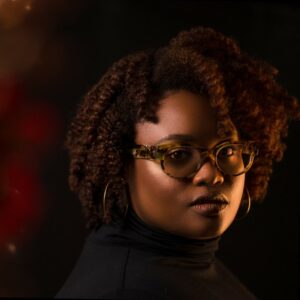 Considered one of Silicon Valley’s candid and prominent voices and affectionately known as Lexi B, Alexandria Noel Butler is the founder of Sista Circle: Black Women in Tech, a community that supports Black women in tech companies and tech-related professions. Through Sista Circle, women are connected through online conversations and local meet-ups for fellowship and networking. It partners with small businesses to provide authentic experiences and to promote businesses and organizations that unite communities.

An international community with over 7400 members, Sista Circle is rooted in the deep history of fellowship groups of Black women in the United States and has partnered with organizations such as Phenomenally, Instagram, Youtube, and Slack. 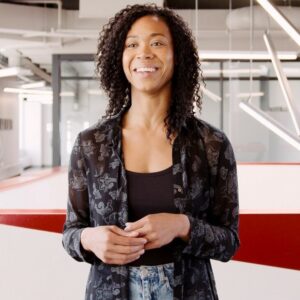 She says that her experience navigating alternative paths has served as the foundation for her work in Diversity, Equity, Inclusion, and Belonging (DEI/DBI). Previously, Hasfal-McIntosh was the senior lead for diversity and belonging at the Canadian international e-commerce giant Shopify for over six years, where she led a team that guides Shopify on how it can create an inclusive environment.

“The reality is there is no one-size-fits-all for bringing DEI or DBI into your organization in a meaningful and intentional way. I’ve spent my career working with leading brands to find the right ways to bring DEI/DBI into their organization so it can stick, scale, and succeed,” says Hasfal-McIntosh. 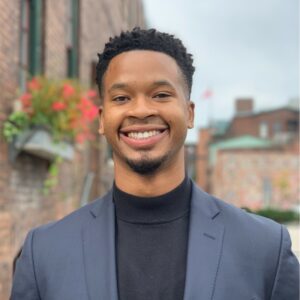 Brown is the co-founder and chief executive officer of FitDrive, a Toronto, ON.-based software company that helps trainers and gym owners digitize their business, while its mobile app helps trainers train clients and deliver remote workouts. FitDrive is backed by NEXT Canada, the Ryerson DMZ and the McGill X-1 Accelerator.

As a former founder, Brown has participated in leading Canadian entrepreneurship programs like Next36 and the DMZ. He graduated from McGill University with a Bachelors in Business and Computer Science and regularly writes online about startups, productivity and personal development.

Currently,  Brown leads growth and marketing for the hiring business at On Deck, which is a global community that helps people start companies, find their next roles, and invest in their careers. 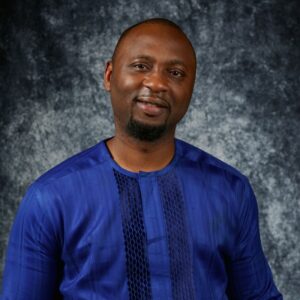 Olawoye is the founder of Black Professionals in Tech Network (BPTN), a network of Black Tech professionals in Canada and has now expanded to the Eastern part of the US. BPTN bridges the talent gap in the tech industry by providing Black technical and business professionals with access to senior executive sponsorship, industry training and a strong peer network to support their growth and career development. Also, BPTN supports leading tech companies to access top talent from the Black tech community.