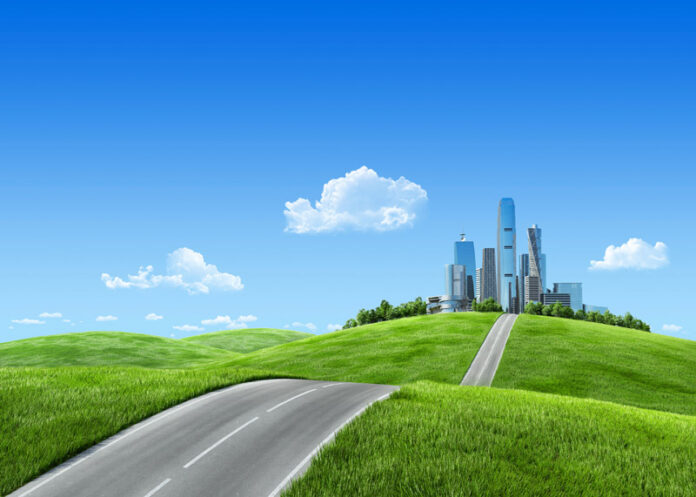 When you think of a “Smart City” there’s usually an image of a major urban centre – a hub where large-scale business and public-sector organizations always demand faster networks. That’s why the choice of venue for the announcement of a new smart city alliance may come as a bit of a surprise.

This week St. Albert, a bedroom community northwest of Edmonton, celebrated the signing of a Memorandum of Understanding to form a new Smart City Alliance for the province of Alberta. In addition to the city, signatories included IBM Canada (NYSE: IBM), Cisco Canada (NASDAQ: CSCO), the University of Alberta and the Northern Alberta Institute of Technology (NAIT).

“Our Alliance partners are global leaders in urban research and innovation, including the best practices and technologies that support smart applications,” said St. Albert Mayor Nolan Crouse. “Our council and administration have taken a leadership role in supporting this collaboration, and we are thrilled to work with our partners to promote solutions that will benefit St. Albert and other cities across our province.”

“Incubating a provincial Smart City Alliance is part of the city’s effort to engage others in the public and private sectors on the topic of Smart City advancement,” Travis Peter, St. Albert’s manager of strategic initiatives and Smart City Advancement, told IT World Canada in an email interview.

“We’re thrilled that other leading institutions have joined us in this endeavour. Not only will the perspectives of Alliance members benefit St. Albert in its planning, I expect it will foster a broader conversation and collaboration on the future of Alberta’s communities.”

Peter summed up the alliance’s objectives: to “accelerate the identification, development and market application of smart municipal solutions across Alberta, as well as foster greater awareness of smart principles, applications, and available technologies.” A Web site is also on the way.

Peter said he has personally heard from a number of interested municipalities across Alberta. The St. Albert city manager recently spoke to a group of leaders from mid-sized cities in Alberta, who are enthusiastic about the alliance and asked to be kept updated on its progress.

“IBM and Cisco are international leaders in the Smart Cities / Intelligent Communities discussion,” Peter said. “As such, they have an important role in contributing ideas, best practice research, and particularly offering a dynamic view of smart cities. The private sector is critical in delivering on many of the opportunities that exist relative to smart cities, and St. Albert recognizes that we can’t go forward in isolation. We’ve also enjoyed a very constructive relationship with these companies thus far, and look forward to more of the same.”

Academic institutions play an important role in bringing new ideas, advanced research and cross-sector perspectives to the conversation, Peter said. “They are particularly valuable as these institutions are central in fostering innovation clusters and connecting research to real municipal needs. For example, St. Albert is already working with NAIT to consider new solutions to water metering that could be piloted in the community. St. Albert is a ‘living lab’ in this context.”

Which brings us back to St. Albert’s credentials as a smart city launch pad. Municipal governments may not be traditionally recognized as leaders in innovation, Peter said, but he believes St. Albert can help to change that mindset. The city will be home to a 10,000-person smart community that is under development now.

In November 2011 Cisco Canada and Vancouver-based developer Rampart Group announced a partnership to design a smart subdivision in St. Albert called Rampart’s Avenir. Home to some 10,000 people, the development is planned to include a fibre optic network delivering 1 Gigabit per second connectivity to every residence and business.

Gerry de Klerk, CEO of the Rampart Group Of Companies, says that the critical Area Structure Plan (ASP) for the new development is due to go before St. Albert council in a few weeks. “Of course there are no guarantees that they will approve it,” de Klerk told IT World Canada. “But if they do – and this version incorporates the changes they wanted us to make to previous ones – then we can put out bids to have the actual building begin.”

De Klerk says the project is of particular interest to tech companies like Cisco because it’s a completely new development. “They can do a lot more with a project like this than they can with a retrofit. We’re really fortunate that they’ve been so patient and stuck with us through this process.”