We were worried no one would tweet. But they did.

Last week’s Lac Carling Congress markeda departure for the 13-year-old event in many ways, but the greatestinnovation this year was our decision to make use of Twitter during thelive Q&A portion of the sessions. Flanking either side of the mainstage we set up giant screens where the Twitter feed for Lac Carlingwould show up, and guests were allowed to “tweet” their thoughts inaddition to the usual method of simply raising their hand and askingfor a microphone.

“At last, you get to turn on your BlackBerry and cell phones!” Ijoked to the crowd, adding “if we don’t get a lot of posts, that’sokay. Lac Carling isn’t about changing government overnight. It’s aboutcreating a new kind of dialogue in the public sector.”

Over the next three days we did see people trying this model out.The biggest challenge turned out to be how often we could go to theTwitter questions and how often we should respond to people who raisedtheir hands. Inevitably, not everything was answered.

With that in mind, I thought I’d publish some of the questions thatare still on the table, which might help inform the direction of LacCarling 2010. In the meantime, I’d also be interested in any commentsthat address the issues below – either at the bottom of this post or,yes, on Twitter.

@david_tallan Props for Toronto’s 211 service. Can it be rolled out nationally?

@davidjonah can the BC model for ID be incorporated with Open ID and cannot Canada set the lead in this ASAP?

@peterdcowan Are gov civil servants being authorized to use web20 tools in their daily work?

@dankei International Panel; some progress made. What is biggest barrier to going much wider?

@alex_butler How do you get the top tier to take this (Web 2.0) seriously?

@MsAlexandraB How do we create common value-based social media performance objectives and outputs for the public service?

@MarjAkerley What is the biggest risk you are afraid of for full external engagement (with Web 2.0 tools)?

@peterdcowan What are some of the key barriers to government as a participatory platform? 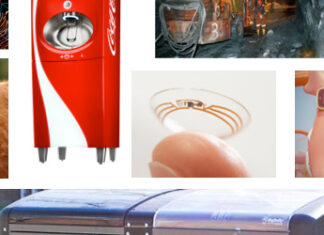 CIOs should steal these Internet of Things ideas from IDC