Several months ago Canadian social networking observer Jevon McDonald wrote a post I can’t quite get out of my head.

Titled *cide, he discussed a trend on his SocialWrite blog about the tendency to abandon popular applications that end up taking too much time to manage. These included declaring “e-mail bankruptcy,” and abandoning all attempts to respond to messages, or deleting your Facebook account (which, as Mark Evans pointed out, is not that easy to do).

Jevon came up with a name for this tendency: friendive-compulsive disorder, which is caused by adding too many people as your friend early on in a social network. I love this concept, because it may offer some clues as to why so few companies have really integrated social networking and Web 2.0 into their business processes, and why even more traditional applications don’t deliver.

Social networks are opt-in by their nature. That means they are also opt-out as well, and companies may be reluctant to harness their business processes to software platforms that may stretch their users’ time commitments to the breaking point. Information glut was bad enough. No one wants to deal with the response glut of so many social networking services.

On the other hand, many social networking services are free (or so near-free) that they require almost none of the capital investment that businesses once funnelled into so-called knowledge management systems, which also depended on a certain threshold of employee participation to be truly useful. Many of these systems were also poorly designed compared to many social networks, and the friendive-compulsive disorder is the kind of problem many CIOs (or CKOs, if they still exist) wish they’d had. Just as Twitter may not have imagined there would one day be users committing Twittercide, however, companies routinely fail to anticipate the level of attention a successful application will demand of their users.

In most cases, acceptance of a particular application isn’t an option. No one is allowed to declare sales force automation bankruptcy, or CRMicide. Closing the online accounts you use to submit reports or conduct transactions on behalf of your company usually means you are leaving that company. The more closely aligned with business objectives a piece of software is, the less it looks like a social networking service.

And yet we all know of applications that are used improperly, or used at a minimum to spare the time it takes to properly fill out forms, check off boxes or save a file into the appropriate area. The only thing worse for businesses than an application users can opt out of is an under-used application, one which the company blindly continues to upgrade and support despite the shortfall in its potential value. The death of a Facebook account isn’t much of a loss. The half-life of many other business applications is a much greater tragedy. 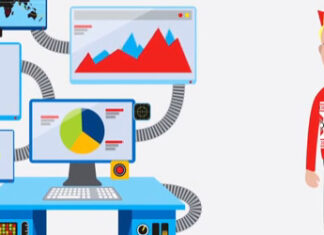 Rejoice! An Internet of Things strategy for Santa Claus