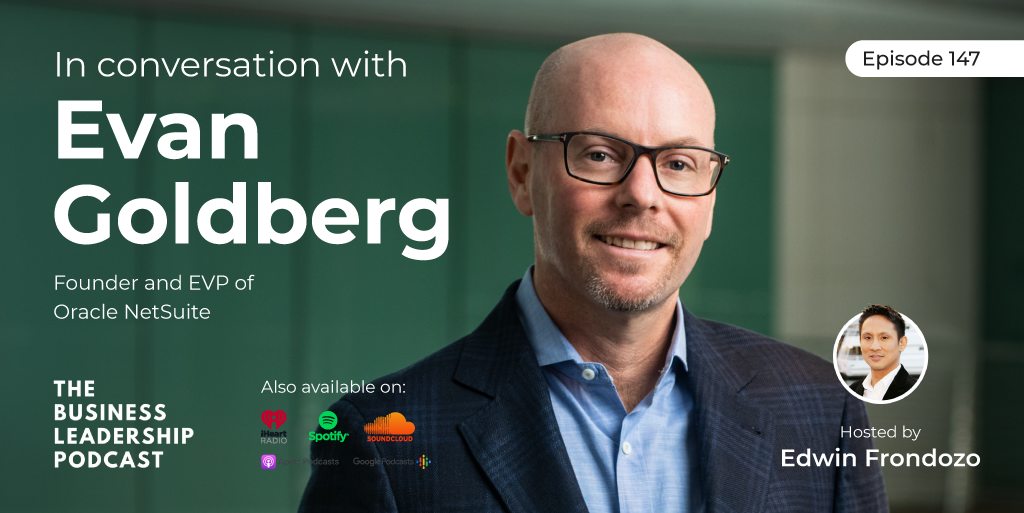 As the founder and EVP of Oracle Netsuite, the leading integrated cloud business software suite, Evan Goldberg has grown the company from a small office above a hair salon into a global organization that now works with more than 18,000 customers around the world.  Starting with only four employees, they have now scaled and grown close to 10,000 employees. The vision has always been the same – deliver one system in the cloud that allows businesses to grow.

Evan was born in Newton, Massachusetts and has spent 20 years of his life building Netsuite which has taken up most of his time. He first started running his startup at Silicon Valley which he considered as his first startup fail but has learned a ton from that experience. Together with Evan’s co-founder Larry Ellison, they started building their vision and delivering it over the web.

In today’s episode, Evan talks about his role and responsibilities at Oracle Netsuite and what he’s trying to accomplish over the next six to twelve months initially and for the next 20 years, he also shares why diversity is important in leading a company and gives us some tips to keep learning, growing and adjusting through transitions.