TelusCorp.’s scored $2.4 billion in revenue in the second quarter, anincrease of eight per cent over the same period a year ago and so goodthe company is revising its revenue prediction upwards for the year.Pushingthe numbers was $1.26 billion in revenue on the wireline side – up 6.5per cent over the same period in 2007 — aided in part from buying thehealth and financial services provider Emergis from Bell Canada andstreaming media company Fastvibe Corp. The number of high speedInternet subscribers also increased by 23,600 in the quarter.

Thecompany also pulled in $1.14 billion in wireless revenue, an increaseof nine per cent from a year ago. Wireless data revenue alone jumped 54per cent in the quarter over the same period a year ago due toincreases in text messaging, downloads and Web browsing.

Wirelessnet additions increased by 176,000, which was up 37 per cent over ayear ago and a second quarter record. Telus credits the leap in part tothe launch in March of its Koodo postpaid brand.

Onthe other hand, average revenue per wireless subscriber dropped 1.4 percent compared to the same quarter in 2007. The company blamed that on alower voice component from an increasing number of prepaid subscribers.

CEODarren Entwistle credited the numbers to “solid operational execution.”Net income was $267 million, a 5.5 per cent increase over the year agoquarter.

Entwistledodged a question from a financial analyst on how close the company isto deciding on switching its wireless network from CDMA to GSM. The CEOhas said publicly it is mulling the move. He did say it will eventuallyadopt the so-called 4G high speed wireless LTE (Long Term Evolution)technology. That will in part be enabled by the $880 million inspectrum it picked up in the recent AWS licence auction, Enwistle said.

“Weare currently evaluating prospective paths to get to LTE at 4G, and weare of course looking at a path that maximizes our economics,” he said.

One factor, he added, is that the path itself has to increase revenue opportunities.

Duringthe quarter the company added three more GPS services for business,services allowing assets or employees to be tracked through a wirelessdevice. Track and Dispatch, for example, allows a customer to find theclosest worker to a new job assignment.

Notall was bright, however. The number of home phone subscribers continuedto drop thanks to competition from cable and VoIP providers. On theother hand, the drop wasn’t as bad as in other quarters. In fact, itsaid it was the slowest drop since the fourth quarter of 2004.

OnWednesday Bell Canada reported wireless gains as well. Total netactivations in the second quarter grew to 83,000, or by 31.7 per centcompared to the same period a year ago. Wireless operating revenueswere up 10.7 per cent. As with Telus, Bell continues to loseresidential phone customers, but again at a slower rate than inprevious quarters.

Forthe quarter Bell Canada had $3.7 billion in revenue, up 1.7 per centover the year ago period. By comparision, Telus’ revenue was up eightper cent. Bell’s operating income was $682 million, a drop of 0.6 percent compared to the year ago period. In part that reflected the lossof revenue from the sale earlier in the year of Telesat. 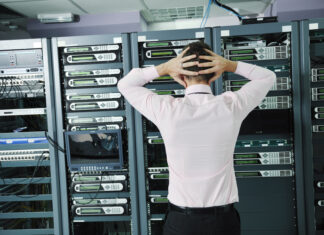 A lesson on the need for incident playbooks learned the hard...