Mike Zafirovski, chief executive officer of Nortel Networks Corp.,appeared before the House of Commons Finance Committee Thursday,supposedly to answer questions about the Toronto telecom equipmentmaker’s decision not to pay severance to some laid-off employees whileapproving retention bonuses – oops, we mean “incentives” – for seniorexecutives.

Though he answered some questions, the meetingincluded some speeches, both from Nortel and members of parliament fromall political parties.

Zafirovski, aformer Motorola executive who took the helm of Nortel three years ago,testified that before seeking bankruptcy protection in January, Nortelasked and was denied financial assistance from the government ofCanada. He also told the committee the company had no choice but towithhold severance payments from employees because former employees whoare owed severance payments have the same standing as other creditorsof a company operating under court protection under the CompaniesCreditors Arrangement Act.

“Right now, they’re in the sameposition as a distressed bondholder on Wall Street, aren’t they?” askedNew Democrat Thomas Mulclair. “They’re relegated to the back of thepack.”

Referring to severed employees who showed up to testifyto the finance committee, Mulclair said: “They don’t get $45 millionbonuses, they don’t get severance, they’re not getting anything andthey’re watching their pensions be whittled away, so I invite you againto spend the next hour of your time listening to these people becausethey are the ones feeling the pain.”

Among the committeemembers trying to pry some straight answers from Zafirovski was JohnMcCallum, a former defence minister and Liberal Member of Parliamentfor the Toronto suburb of Unionville. Zafirovksi had just confirmed, inanswering a question from Mulclair, that between November and JanuaryNortel had “private discussions” with “a number of ministers” includingIndustry Minister Tony Clement and Finance Minister Jim Flaherty. Atleast that’s what we think he said.

“Did you propose to(Cabinet) some sort of a plan for the government to provide help sothat Nortel would .. maximize the number of high tech jobs in Canada?”McCallum asked. Alluding to bailouts to auto makers and financialservices firms, McCallum asked: “Did you put that case to thegovernment? If so, what did the government say?”

Zafirovski saidthe company “had productive discussions” and “there was a number ofcases presented to the government, but no specific actions came out ofthose …”

At that point, McCallum cut him off.

“Productivemeetings – those are words that you use when you don’t want to tellpeople what happened,” McCallum said. “What I’m asking you is whatactually did happen? What specific proposals did you make to thegovernment for some kind of assistance, whether to keep the jobs, tohelp the pensioners, or any other proposals that you put on the table,and what was their answer?”

Zafirovksi replied: “We did havelots of discussions, employment was at the top of the list, we’recurrently pursuing a number of discussions internally and with outsidecompanies as to the best way to preserve value for the company,including preserving employment, and the government has been active inthose and may be supporting future activities but we did have aspecific (request) and that specific (request) did not materialize.”

McCallum said: “So you did ask for something specific and the government said no.”

“What did you ask for?” McCallum asked.

Zafirovski initially refused to elaborate, saying “those were private discussions.”

McCallumreplied: “I think in a parliamentary committee you’re supposed toanswer the questions. Can you tell me at least the general nature ofthe proposal to which the government said no? What was it you wereasking them to do?”

Before James Rajotte, the committee,chairman, told McCallum he had a minute left, he was able to getZafirovksi to confirm Nortel asked for “financial assistance” to helpprevent the company from having to ask for protection under theCompanies Creditors Arrangement Act.

Daryl Kramp, a Conservative MP representing the Ontario riding of Hastings, had some rhetorical questions for Zafirovksi.

“WhileNortel was seriously reducing or even eliminating pension benefits, I’dlike to know … in the current job market, do you really believe it wasnecessary to offer large bonuses to retain the people you have?”

Zafirovski said he did. But for other questions, Kramp had some difficulty getting straight answers.

AfterZafirovski stressed that Nortel’s “annual incentive plan” is “not abonus per se” but “part of your compensation for a job personally welldone,” Kramp said we are “not in business as usual times,” and asked ifthere was any discussion that these benefits should be dropped.

Zafirovskireplied: “We are absolutely convinced that paying the annual incentiveplan is critical to preserving value within Nortel.” No indication onwhether that resulted from discussions.

Zafirovski alsotestified that Nortel no longer includes stock options as part ofexecutives’ compensation packages. At press time, Nortel shares weretrading at 18.5 cents, down from $123 in July of 2000. Had the sharesnot been consolidated ten for one, it would have been trading at twocents today. 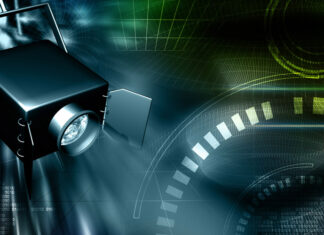