Paul DeGroot is an analyst at Microsoft Directions, which has no affiliation with the software maker. Each year he puts out a detailed Microsoft (NASDAQ: MSFT) organizational chart that lists all the high profile executives and who they report to.

When you count up the number of employees in Microsoft’s executive branch it’s staggering. There are a whopping 621 executive positions in he Microsoft corporate organization as of April of this year. About 19 of these positions are listed as To-be-determined. Bill Gates, along with his senior vice-president technical strategy, Eric Rudder, is still on the organizational chart as his retirement date was June 30th. Gates is still chairman of the board of directors of Microsoft even though the does not take any position in the company. The top man is still Steve Ballmer. He has eight direct reports, but also has Chief Software Architect Ray Ozzie reporting to him. Ozzie is the man who replaced Gates in that role.

The channel team led by Allison Watson has a few layers of management on top of it. Watson reports to Eduardo Rosini, whose title is too confusing to mention. Rosini reports to Alain Crozier, who is the CFO and has sales, marketing and services jobs also. Crozier reports to the COO Kevin Turner. And Turner reports to Ballmer.

It is interesting that a 100 per cent channel company has so many layers of management on top of its channel chief.

What is also interesting is that Watson has four staffers directly report to her, as well as three others that report to her and Rosini. Canadian channel chief Carol Terentiak does not report to Watson. Terentiak reports to George Kyriakis who reports to Lora Gernon.

I think Terentiak should also report to Watson. I am not trying to add to her duties, but it is a good way to get in sync globally from a channel perspective.

I was also surprised by some of the former top channel executives and their place in today’s Microsoft management world.For example, Sanjay Parthasarathy was once an up-and-coming channel star, but for some reason he was not on stage with Watson at this year’s event. Parthasarathy is now in charge of start-up business at the company.

The same can be said for Orlando Ayala. He’s now in charge of something called the “Unlimited Potential Group” and he is partly responsible for expanding of the use of Microsoft technologies in the developing world.

These two executives where once right up with Watson but are now low on the Microsoft totem pole of management. To be fair to Ayala, he does report to Turner along with four others.

There are also a couple of IT executive stars on this org-chart. Derek Burney, for example, was the CEO of Corel and the first ever CDN Newsmaker of the year. Burney is the general manager of SharePoint platform and tools. And, Dan’l Lewin, Microsoft’s vice-president for strategic and emerging business development has a very famous father; professional wrestling’s Masked Executioner.

One quick hit before I go. Webroot, a provider of security software, has named Frederick Ball its new chief financial officer. The 20 year-veteran was the CFO of BigBand Networks, and has held senior leadership roles at Borland and PriceWaterhouseCoopers 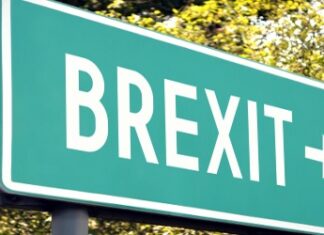