The first thing you notice about the Google driverless car is that it’s ugly.

On top of the car is what looks like a Police or Taxi rack with a spinning cylinder on top. That spinning cylinder along with several video cameras and radar sensors is what helps the car drive itself. That and what Google is really known for – Search, and Google Earth. Google has pioneered search and mapping technology. It’s this technology or data that is put into the car’s on-board computer system to help it navigate roads, speed limits, traffic signs and lights along with known obstacles. So what happens when someone crosses the road inadvertently; well the car stops because its radar system sees something coming ahead. I have seen some videos of this and from the footage it does work.

The Google car still requires a driver and that driver can take over the wheel at any time he or she wishes.

How does it work: As you enter the car you tell it your destination and then the car maps out your route obeying speed limits and other traffic laws.

Are you thinking what I’m thinking? Corporations can get more productivity out of its workers if instead of driving they are using their Blackberries or notebook computers or all those In-Car Computing applications.

Why does Google want to get into the seemingly unprofitable car business? Car safety is Google top reason they say for developing this car. But they offered more reasons such as preventing traffic accidents and reducing carbon emissions.

Google developing a driverless car is fine. It’s their business. But the trouble I have with it is this: how much will it cost? Are people willing to pay for it? Good looks are also important. People enjoy driving cars. And, how will it prevent accidents if someone rams into the back of the Google car?

As a pure technology experience I’m all for it. Google could learn a lot from this experiment. In the end, Google should know who they are; what their core competency is. And, I can tell them it’s not developing cars.

Two quick hits before I go. Patti Smith formerly with Kyocera and IT Business is now the new National Channel Manager for Panda Security Canada.

Mario Pallotta been promoted to GM of OKI Data Canada. Pallotta will now be responsible for all Canadian Sales and operations 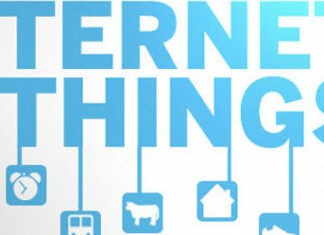 Closing the skills gap for the $19 trillion Internet of Things...