When I left Moscow last month after spending a week getting to know Kaspersky Labs and its executives I felt that the company was embarking on a journey into the enterprise space, but they needed a captain or at least a first mate.

Kaspersky has done very well for a private company in the consumer space. The next step is in the enterprise markets around the world. Eugene Buyakin, the COO of Kaspersky told me that the company needed customers for the long term. With most of its sales in consumer markets you risk growth on the whims of the mass market. Just ask Johnson & Johnson or the inventor of the Pet Rock about that.

Hiring Nancy Reynolds, who has a long track record in the channel with Novell, Trend Micro and Dell is the right move at this time.

I first met Reynolds in 2002 at a Novell function in Toronto. I checked my notes from that first meeting and learned that she was tasked to basically rejuvenate Novell’s channel at the time. Novell, for various reasons, decided to sell direct, which as we all know is not a great idea under any circumstances. Reynolds’ strategy was to hand over some lucrative direct accounts over to the channel, hire a tonne of dedicated partner managers and offer free technical training.

Her motive at the time was to make channel partners profitable when dealing with Novell.

After talking to her for about 30 minutes yesterday, her second day on the job at Kaspersky, I got the sense that her motives haven’t changed at all. She still wants to make channel partners profitable.

She told me that in her career the first thing she tries to do is to hire the best people available to work with partners. Reynolds also said that the channel team has to learn from partners as well.

This will help remove any interference vendors usually have when dealing with channel partners. Reynolds also said she has to be innovative and use all of her ingenuity to improve the Green Team channel program, create a robust channel eco-system, expand capacity and make partners profitable.

Reynolds is a channel advocate and she has the kind of track record Kaspersky was looking for. Prior to joining the Internet security developer, Reynolds was in the midst of developing Dell’s enterprise channel base around the world. At Trend Micro she posted double digit growth in channel sales. In each case, Reynolds has managed to get channel partners on board, which is what Kaspersky is looking to do in the enterprise market.

Three quick hits before I go. Former Novell Canada executive Michael O’Beirne is returning to the industry after a five year stint as the director of marketing for the Oshawa General’s of the Ontario Hockey League. O’Beirne has accepted a job at Acer Canada.

Former McAfee Canada GM Jack Sebbag has left Oracle as a result of the Sun acquisition. CDN wishes both Sebbag and O’Beirne the very best. 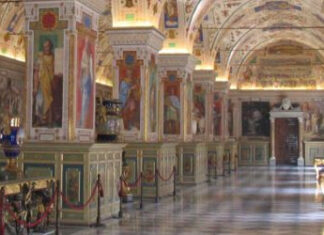 The Vatican Library CIO’s sacred mission: To digitize everything