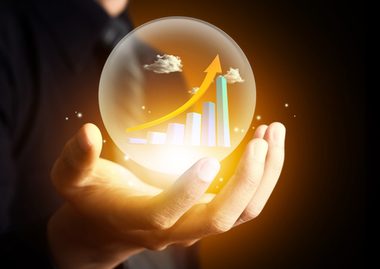 The trail of “digital dust” that companies and individuals leave behind is a valuable resource for enforcement agencies, according to a presentation shedding light on the underground economy at the recent Government Analytics Leadership Forum, held virtually on successive Tuesdays in early May.

“We’re hurtling toward a paperless society,” said Don Fort, the former chief of the U.S. Internal Revenue Service’s criminal investigations unit (NCIU). But online commerce leaves behind a trail of information, much of it readily accessible on open source platforms, that can provide insight into business practices and uncover reporting anomalies that expose underreporting of income and other noncompliance.

Open source data—government web sites, publicly available records of building permits and contracts, databases like LexisNexis, e-commerce, and many other publicly accessible records—haven’t been seen as relevant by enforcement agencies until recently, according to Dan Childers of SAS Institute’s Global Security Intelligence Practice.

New Economy elements such as cryptocurrencies and non-fungible tokens (NFTs) are also readily accessible thanks to blockchain technologies, another ripe source for investigative data. The challenge: It’s impossible to sort through by hand. Enter analytics.

(Note: This session took place shortly before the May 2022 crash of crypto and NFT markets wiped out billions in valuation.)

Increasingly, open source intelligence (OSINT) is being used not just to support investigations, but to launch them. An NCIU-devised algorithm applied to the short-term rental market (think Airbnb or Vacation Rentals By Owner) in one state of 13 million people was 99 per cent effective at matching revenue to income tax returns, revealed that revenue was underreported by 20 percent. In a billion dollar short-term rental market, that translates to a tax loss of roughly US$40 million. In a post-pandemic world, government budgets are likely to be tight and lost taxes dollars will have an impact.

Fort said the future of revenue investigation relies on cross agency partnership bringing together: criminal investigators, subject matter experts, agents, and analysts, digital intake of documents, advanced analytics, and employee skills development. But the role of human insight won’t be diminished. This is a key concept, that advanced analytics and automation are meant to supplement the work of human and not replace them.

The “Fraud Triangle”—Opportunity, Motivation and Rationalization—has become a diamond, with New Economy practices and changing attitudes toward government adding Boldness as a corner.

“They think it’s a negotiation when they get caught,” Marc Tassé, an award-winning lecturer at the University of Ottawa’s Faculty of Law and at the Telfer Executive MBA program, told a panel discussion on disrupting financial crime. Tassé said his students are much more in tune with the new financial crimes landscape than so-called “experts,” and many have an ambivalent attitude toward it.

Phil Thibodeau, former assistant commissioner to the Royal Canadian Mounted Police, said the effects of the Covid-19 pandemic revealed how many people are willing to commit financial crime. Wide-spread anti-government sentiment, as evidenced by so-called “Freedom Convoys” and widespread protests of government restrictions, poses “a significant risk” on the financial crimes front.

New types of economic instruments, like cryptocurrency and NFTs, are complicating the investigative aspect of financial crimes, said Jessica Davis, president of Insight Threat Intelligence. Investigators may not be aware they’re dealing with a cryptocurrency case until three or four months into an investigation. That bolsters a case for an integrated investigative unit and centres of excellence in New Economy investigative techniques as proposed by the current government, though what shape that might take isn’t clear. What is clear, however, is that criminal fraudsters will always try to hide in the shadows created by the gaps between government agencies and any inability to capture and share data.

All agreed that the lack of a Beneficial Ownership Registry in Canada opens the country up to money laundering, making Canada, as Tassé put it, “the snow-washing capital of the world.”

Advanced analytics are essential in helping governments better manage their programs and in fighting fraud. Yet, it is important that governments use these resources efficiently to avoid waste.

While technology companies enthusiastically trumpet the benefits of their enterprise products, their marketing tends to gloss over the real costs of its ongoing use. Thanks to SAS Institute’s acquisition of former partner Boemska, Viya customers now have more visibility into session management and can precisely determine what tasks and users are taking up computing resources in the analytics environment.

SAS products had been “a bit of a black box,” said Christopher Blake, SAS product director for cloud acceleration. The newly branded Enterprise Session Monitor (ESM) monitors all SAS systems in a single instance, regardless of whether they’re on-premises or Web-based. It provides visibility into disk, CPU and cache usage, and its root-cause analysis features can show what sessions are causing workload issues. ESM can terminate sessions that are hung or causing problems.

This visibility can be used for cost control and chargeback, and has both operational and strategic roles. Operationally, ESM can manage workflow and store usage information for later analysis; strategically, it can help plan for seasonal and peak usage, planning and scaling cloud-based workloads, and for capacity and resource planning.

As governments undertake their digital transformation journey, a key component is cloud migration. More governments are embracing the cloud and virtual servers to handle the scale of Big Data and the compute power for advanced analytic models that use artificial intelligence and machine learning. This is driving partnerships between cloud providers and data analytics providers.

SAS and Microsoft Corp. have partnered to help customers move their analytics workload to the cloud. SAS has selected Microsoft Azure as the preferred platform for cloud migration, and SAS is tuning its cloud-native Viya offering for optimal compatibility with Azure while tailoring applications to the platform.