IT World Canada
More
SUBSCRIBE
Facebook
Twitter
Linkedin
ReddIt
Email
Print
The comparison between the Cisco Cius and the Apple iPad have already started. This morning when I learned that Cisco was about to release an Android-based tablet device I thought of how it would stack up against the iPad. Then leaving the opening keynote address her ein Las Vegas just after John Chambers, Cisco CEO, announced the Cius I heard many attendees muttering about how Cius would do against the iPad.
While an epic battle for market share supremacy between iPad and Cius would be great to watch it simply is not going to happen. Barry O'Sullivan the Cisco executive who spearheaded the Cius development said the tablet would be sold through the enterprise channel. That means retailers such as Best Buy, Fry's Electronics, Apple Store you name it will not carry the Cius.
The Cius is not a consumer device although it may turn into one.
True to his word Chambers said Cius is more of a solution rather that a product. The iPad is a product. Chambers with Cisco chief demonstration officer Jim Grubb showed a Cius-based solution for the education market that was empowering. As a parent of two elementary school-age children in Toronto I could see how the Cius would improve the entire scholastic process. The demo was moving for me because I could see the possibilities that will be afforded for my two kids.
This description will not do it justice but here goes…
Chambers and Grubb showed how a teacher could inform parents on how their child is doing in school. The teacher could update via video capabilities if the student is slipping in his or her marks per se. The lesson plan can be transferred to the child's tablet device. Now that tablet can be an iPad or from some other vendor such as MSI or Asus who released their tablets at Computex this month. That is the parent or student's choice and Cius will is interoperable with other devices.
One of the problems the educational system has had since the start of time is a student claiming he or she forgot their homework either at school or at home. How many times have we heared the “the dog ate my homework?”
This Cius device with this particular educational application solves this.
But what’s even cooler is the access the Cius can provide. Chambers and Grubb showed a situation where the teacher, the student had access to a submarine in the Aegean sea for a class project. This type of education is invaluable and gets kids excited. Access to experts in the field would only improve the quality of education for kids in the school system. I can also see a situation where if some student lets say is struggling with math get access to a tutor from another country who can give extra help in a particular area.
And, to know that this technology is only a few months away from being available to the market would be an exciting prospect for parents.

Two quick hits before I go. Patrick Power has left Nitro Microsystems of Ottawa to join Acrodex of Edmonton. I will have more information on this in a later blog.

PR practitioner Elias Rassi is leaving the Cisco Canada communications team to go back home to his family in Ottawa. CDN wishes him the very best. 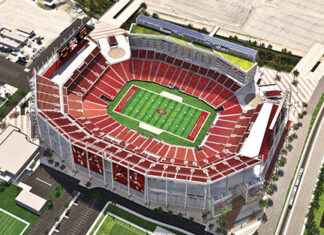 How SAP is bringing ‘Moneyball’ style analytics to the World Cup,...