The one free thing  Chris Anderson  could probably use more of is time.

Following the success of his book The Long Tail, Anderson was in Toronto last week to speak at the Canadian Business conference and continue to promote his book Free: The Future of a Radical Price. Intel, who sponsored his trip here, pitched me on the idea of talking to the Wired editor about how the concept of free affects the small business market, but I was more interested in how predisposed enterprise IT professionals are to getting something for nothing.

As I pointed out to Anderson, one of the biggest examples of “free” includes some open source products, which have taken years to find their place alongside more traditional proprietary products. A lot of open source isn’t truly “free,” of course, but many basic editions of Web 2.0 software is, and I still hear some IT managers talk ill of it. What would it take, I wondered, for technology execs to start appreciating the power of free?

“It’s not really about the price,” Anderson said. “When you’re an enterprise what you care about is security. I don’t mean hackers – it’s security in the sense of, will it work? With a service-level contract, what you get is peace of mind. What these other vendors are selling is not so much software but insurance – that they’re contractually required to do something.”

Since he’s been touring, Anderson said he’s started to notice some trends around who accepts his premise and who doesn’t. There are generational differences, he said, but also some variations by industry. “I’m seeing some resistance in the media industry in particular – which is one industry where the changes associated with free should be self-evident.”

If the world really moves to a model where we buy expertise but pay little for products, I wondered aloud what it means for projections around IT spending. In a traditional economy we put a lot of time and effort into analyzing where the fluctuations are.

“It’s very hard to quantify,” Anderson admitted. “If it’s zero, how do you do that? One of the problems is there’s multiple economies. There’s a Facebook economy, a Twitter economy, a PageRank economy. Every game has its own reputation economy. Who is the central banker of the World of Warcraft economy? Every company has to size their own market and see how big the free audience is, how much that represents. It works on a micro level, but on a macro level, we’re just groping our way through.”

IT departments can probably take their time figuring this out. They’re probably still adjusting to the idea behind the Long Tail.

Well, it doesn’t cost nothing yet, but I'll be interested to see how IT managers change their approach when — and if — they decide you get what you  don't  pay for. 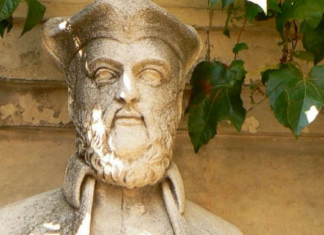 A CIO’s short slide deck captures the best traits of IT...