Lets face it Avaya has not set the world on fire, but I think it has a chance now more than ever.

With Charlie Giancarlo being named its new CEO, even if it is on an interim basis, it will bring some much needed vision to the organization. Also Avaya is going to name a worldwide channel chief tomorrow and it will not be Nick Tidd, formerly of 3Com, which was rumoured.

You can argue that Cisco had its greatest era of technology advancement while Giancarlo was chief technology officer. Many of Cisco advanced technology offerings came under his watch.

Giancarlo will bring some more credibility to Avaya. His high profile name will give Avaya clout in the market-place. Many, many times when big deals were hanging in the balance a call was made by either John Chambers (Cisco CEO) or Giancarlo which pushed it through in favour of Cisco.

It is that kind of presence that was lacking at Avaya. A similar situation occured with Apple a decade ago. After Gilbert Amelio left the company, Steve Jobs took over as an interim CEO. Say what you want about Jobs, but he 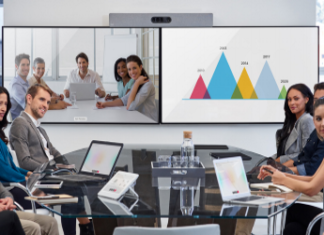