“We’ve had a long history in providing unified threat management and XTM [what it calls extensible threat management] solutions,” Eric Aarrestad, WatchGuard’s vice-president of marketing said Tuesday. “Through this acquisition we are now extending that suite of products through e-mail and content security.”

“Customers will now have the choice of all-in-one UTM solution or adding to their security profile by adding [dedicated] e-mail and Web content security.”

WatchGuard, which is based in Seattle, Wash., makes firewalls, virtual private networks and security appliances aimed at small and mid-sized businesses. It may be best known for its Firebox firewall, but just over a year ago moved into the unified threat management space with XTM 10 Series. These appliances include clustering, high availability (active/active), VLAN support, multi-WAN load balancing and enhanced VoIP security, plus inbound and outbound HTTPS inspection.

Its competitors include SonicWall and Fortinet.

Privately-held BorderWare, based in Mississauga, Ont., focused e-mail gateways, Web site security and other IT vulnerabilities. Among BorderWare’s more recent products is Security Platform 8.0, a set of e-mail, Web and data loss prevention software released about a year ago which runs on one appliance, giving network managers the ability to set security policies for both e-mail and the Web from a single interface. The company’s competitors include Cisco Systems’ IronPort line, Symantec and Websense.

It’s “business as usual” for BorderWare, whose standalone products will continue to be sold by the new owner “for the foreseeable future.” But Aarrestad added that “over time, selectively we see opportunities to further enhance our XTM line to incorporate additional [BorderWare] features.”

Aarrestad said BorderWare’s Canadian office will become a development and support centre, keeping “the vast majority” of the estimated 90 staffers.

They won’t include president and CEO Mark Burton, who only took over the top position in January.

John Kindervag, a senior security and risk management analyst at Forrester Research, said the companies’ product lines compliment each other. The deal, he added, is another example of consolidation in troubled economic times. “I don’t think this is a game-changer” for WatchGuard, he said, but the deal will allow it to compete with Fortinet and SonicWall, who have fuller product lines.

“We’ve long been on the look-out for a dedicated anti-spam capability,” Aarrestad said in explaining how the deal came about. Over time, in part through channel partners that carried both lines, management became aware of BorderWare. “We approached them. We were also aware that they were open to being sold.”

Partners were “quite passionate” about BorderWare products, he said, while customers were also enthusiastic. “That in additional to the additional security features we felt BorderWare provided us – specifically the DLP (data loss prevention) capabilities, in-the-cloud ReputationAuthority services – just fit exactly with our long-term product roadmap.”

Both companies are backed by venture capital. Borderware, founded in 1994, has been funded by Wellington Financial LP and Jefferson Partners. WatchGuard is funded by Vector Capital Corp and Francisco Partners.

Howard Solomon
Currently a freelance writer, I'm the former editor of ITWorldCanada.com and Computing Canada. An IT journalist since 1997, I've written for several of ITWC's sister publications including ITBusiness.ca and Computer Dealer News. Before that I was a staff reporter at the Calgary Herald and the Brampton (Ont.) Daily Times. I can be reached at hsolomon [@] soloreporter.com
Previous articleKazeon expands e-discovery suite to Lotus Domino
Next articleWireless, home Internet boosts telecom industry revenues 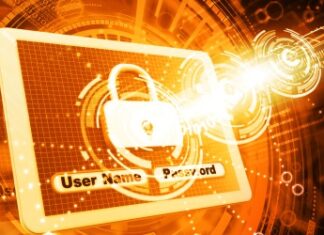