Earlier this year, ITWC and WISECRA reached out to the technology community and asked for nominations of individuals who deserved to be recognized as one of the Top Women in Cyber Security.

The response was overwhelming. In 90 days we had more than 170 nominations for Canadian women who worked in cybersecurity across a wide variety of organizations. There were nominations for CISOs, company founders, professors, directors, and women holding numerous specialty positions in both the public and private sectors.

Fawn Annan, president of ITWC and co-chair of the recognition initiative, said the testimonials were passionate…so passionate it became clear an honour roll recognizing the top women was not enough. Their accomplishments needed to be celebrated at a special event, so the virtual Top Women in Cyber Security Celebration was created.

The 75-minute interactive event featured short video profiles of the women named to the honour roll, a panel discussion exploring ways to get more women involved in cybersecurity, an opportunity to download related white papers, and the chance to visit sponsor breakout rooms for conversation.

Our honour roll list begins in the Canadian armed forces. Defending Canada’s interests has become a complex task that spans the physical lands we occupy and the cyber domains we’ve created. 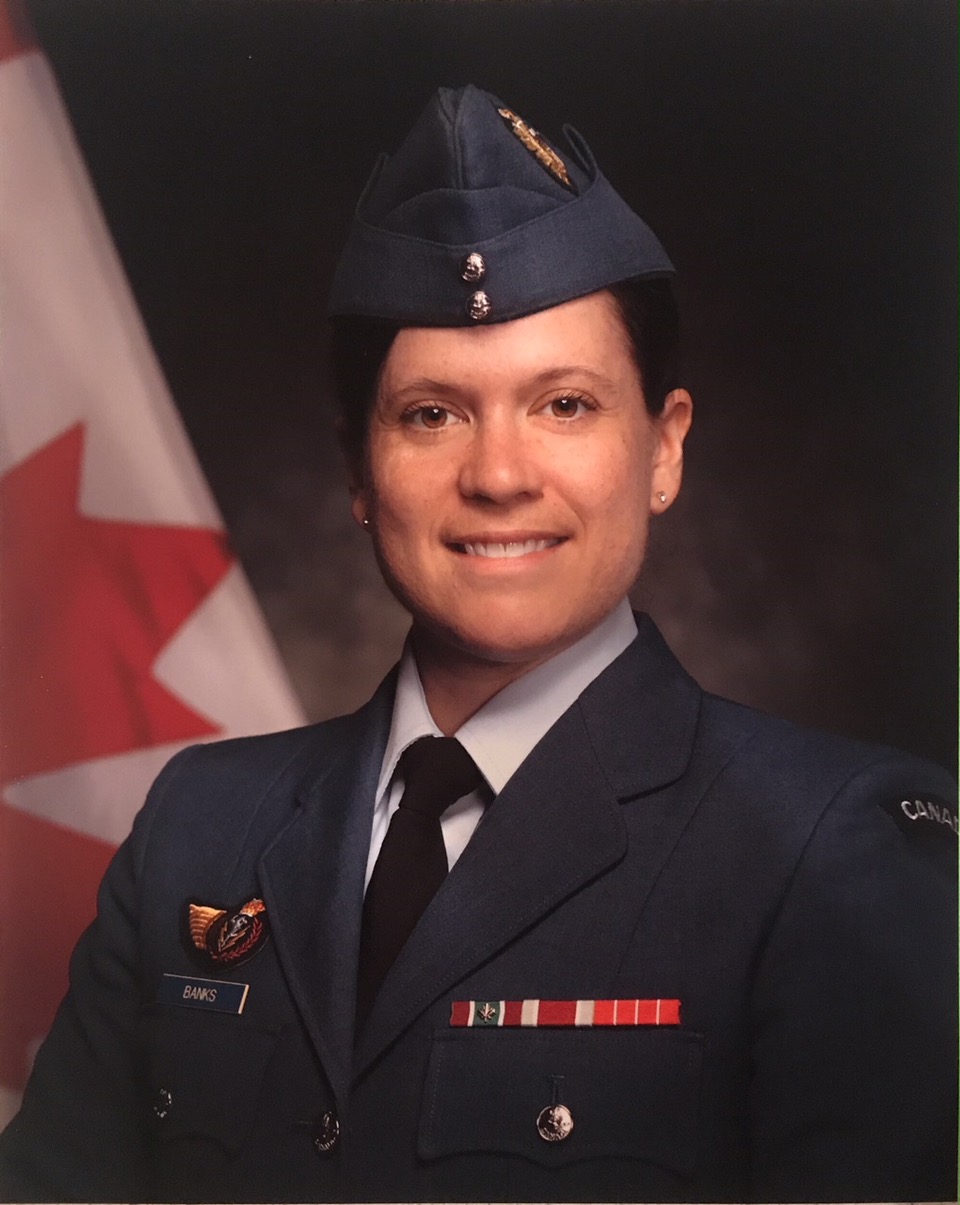 Lauren Banks, Deputy Commanding Officer of the Canadian Forces Network Operations Centre, got in on the ground level early when Canada’s military began getting serious about cybersecurity in 2014. Since then, Major Banks has served overseas in Afghanistan as the Communications Advisor to the Afghan Border Police, and established the position of Canadian Cyber Operations Planner in Qatar, for which she received a Canadian Joint Operational Command Commendation. When you think of cybersecurity, she says, you have to think about people.

The women on this year’s honour roll list have taken different paths to get to where they are today. 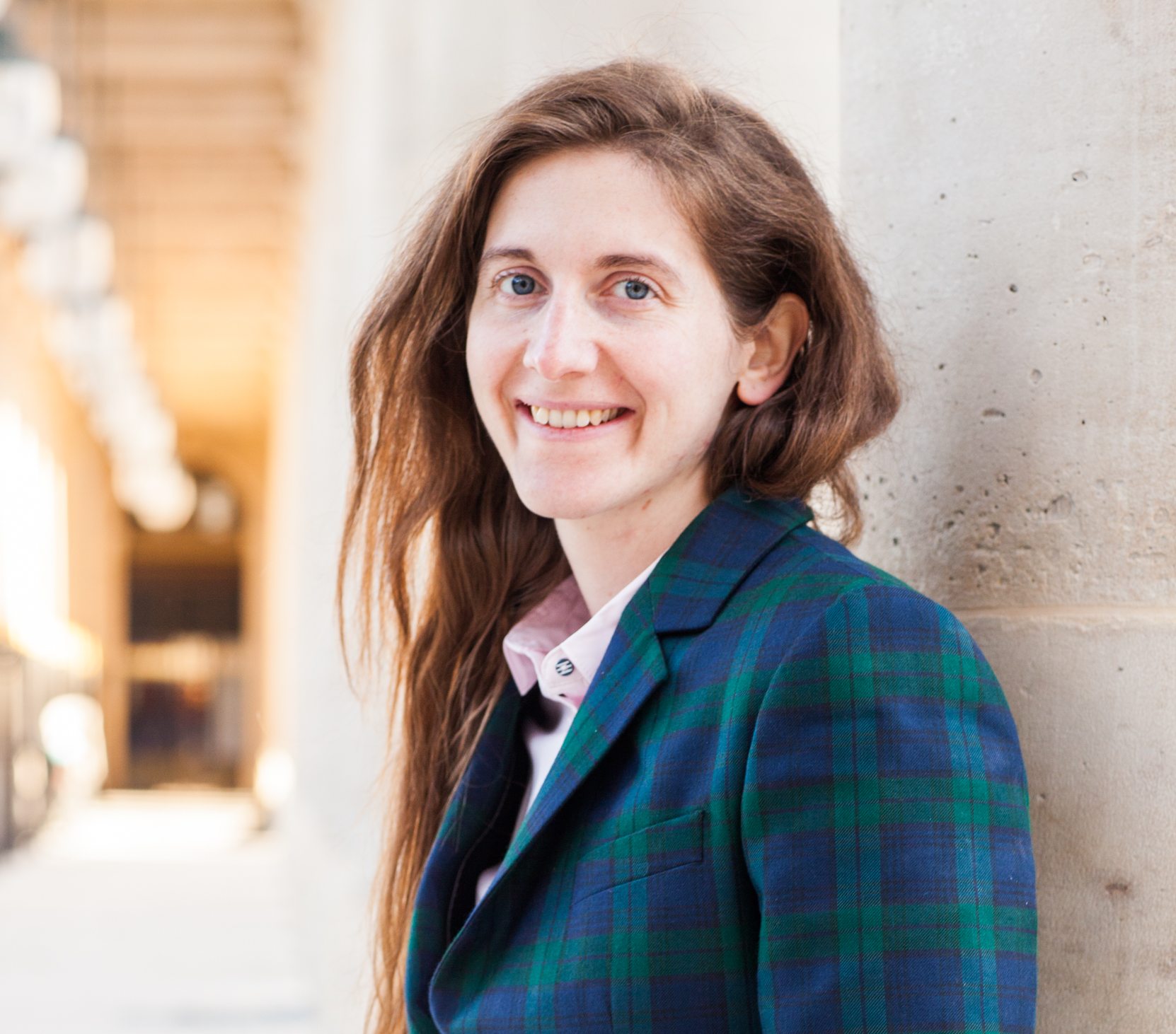 Our next honouree, software developer Gabrielle Botbol, discovered a passion for understanding security infrastructure while building apps for a living. Years later, the junior pentester at Okiok and cybersecurity blogger has built a massive archive of educational content to help others understand the complicated waters. On top of that, she’s a podcaster.

Our next honouree is a cybersecurity professional with a technology career spanning 37 years. 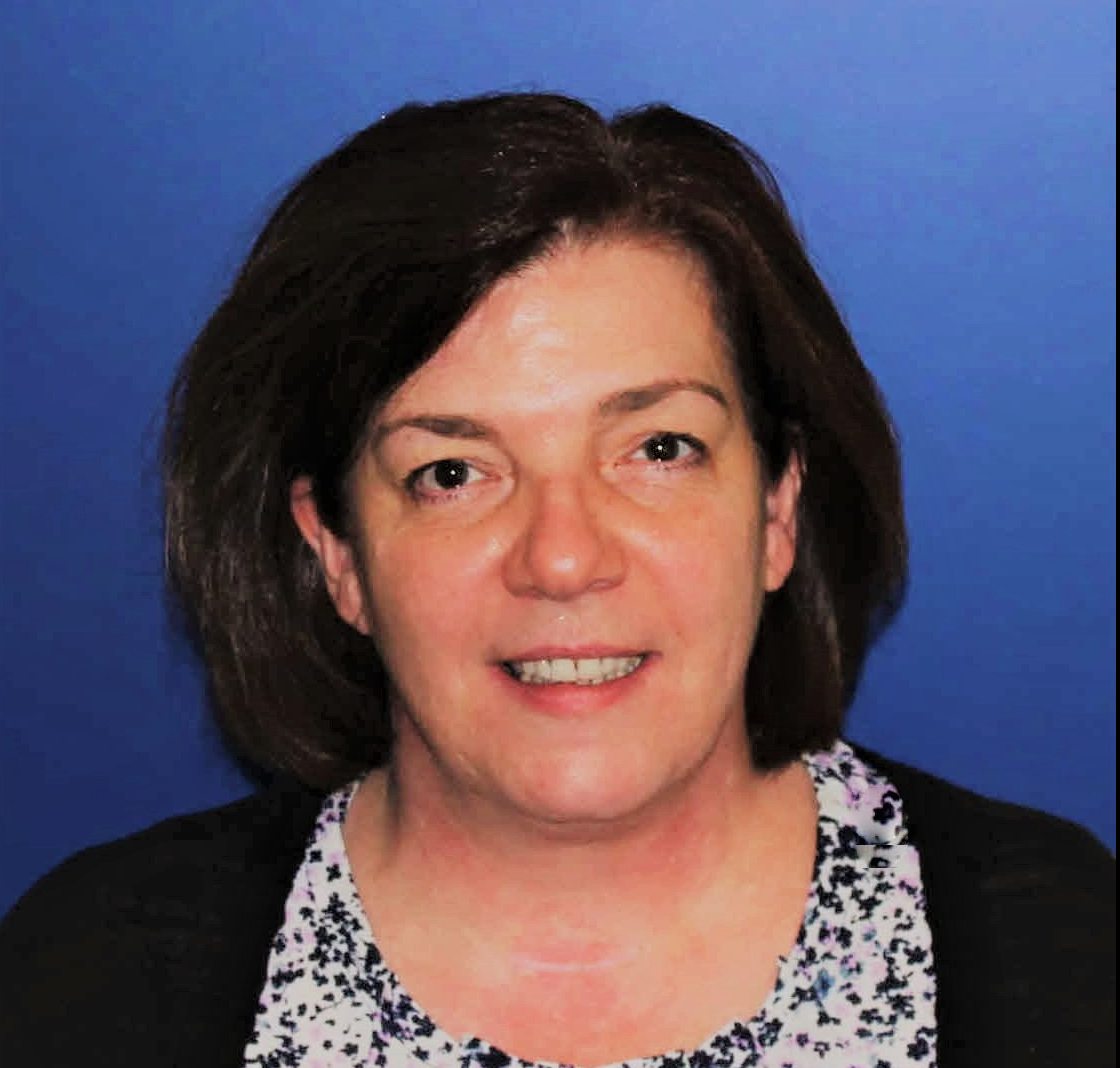 She recently retired from Enbridge, where she was the Director, Cyber Security Consulting, Identity and Awareness. Colleen L’Abbé has spent over 20 years in both cybersecurity technical and leadership roles. Her primary focus is identity access and management, cybersecurity consulting, and cybersecurity awareness. 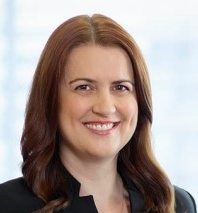 This honouree is no stranger to the enterprise and financial world. Adriana Gliga-Belavic brings more than 20 years of consulting experience in the areas of information security, privacy and payment security in Canada, the US and internationally.

Prior to entering the cybersecurity field, Belavic had dreams of being a pilot. She ended up pursuing engineering before landing a job in cybersecurity. Now, Belavic is laser-focused on helping the next generation of cybersecurity pros find a way into the field. 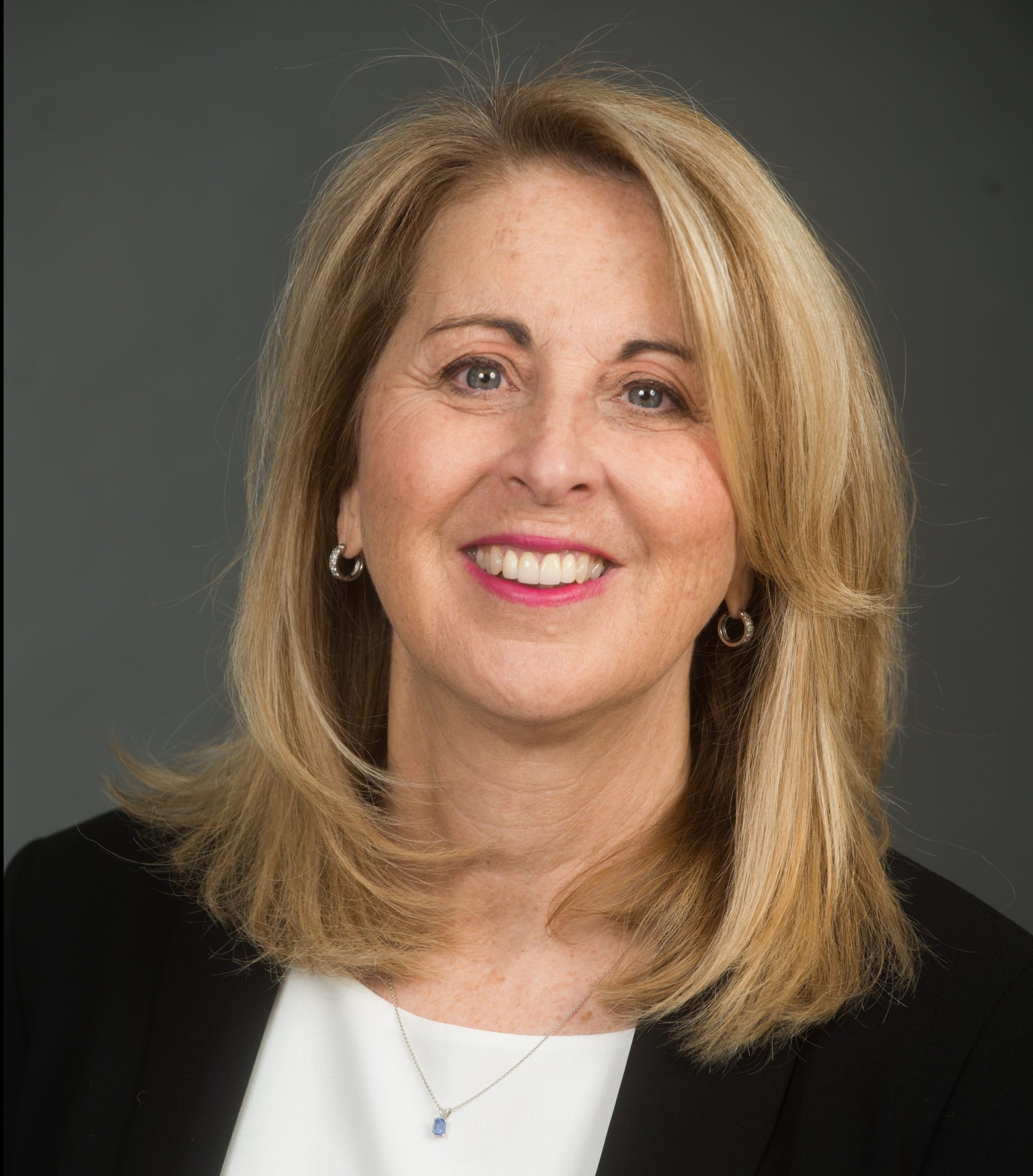 As chief executive officer of Terranova Security, an awareness training provider, Lise Lapointe has had a front-row seat to the evolution of education programs, which have come a long way from phishing simulation tests. The barrier to entry for cyber attacks is increasingly lower, and this honouree says people need to know how to protect themselves.

Kathy Macdonald, instructor, cybercrime prevention and cybersecurity, Faculty of Continuing Education at the University of Calgary 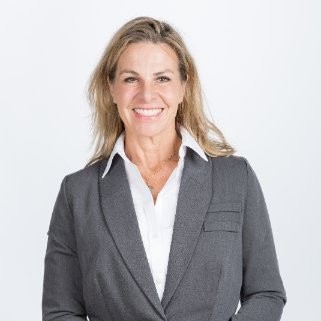 Kathy Macdonald approaches cybercrime prevention and cybersecurity with a unique combination of more than thirty years of policing, security, investigative, and media experience. Her customized keynote presentations are highly regarded and have inspired audiences on a global scale to be more proactive and diligent when online. 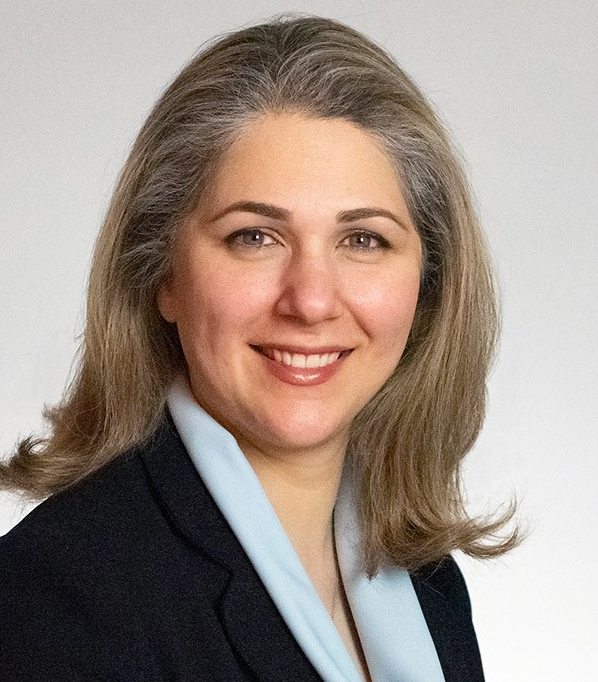 Dr. Atty Mashatan is the founder and director of the Cybersecurity Research Lab at Ryerson University and recognized as a leading expert in cryptography, blockchain technology, quantum-resistant solutions, enterprise security architecture and (IoT) security. This impressive resume stemmed from a passion for mathematics, according to honouree number seven.

Mitra Mirhassani, associate professor in electrical and computer engineering at the University of Windsor 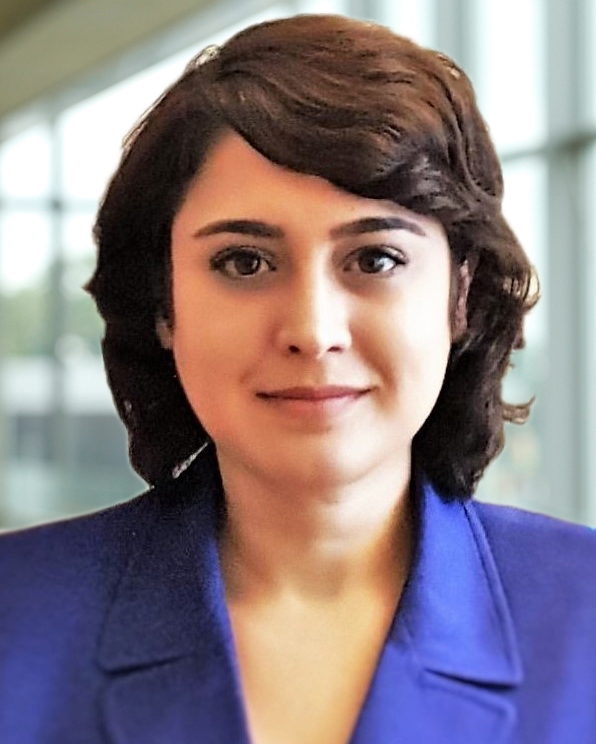 Our next nominee entered the world of IT and cybersecurity on the hardware side. Mitra Mirhassani is an associate professor in electrical and computer engineering at the University of Windsor. She fell in love with computers at an early age, and after being inspired by a textbook about networking and artificial intelligence, Mirhassani has been dedicated to helping others better understand how our devices work and how they connect to the internet. 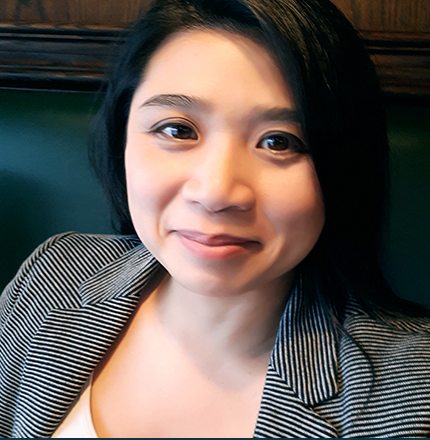 Circling back to the public sector, this next honouree works for the Treasury Board of Canada Secretariat as its acting Executive Director for cybersecurity. While cloud computing has made the lives of millions of individuals and business easier – look no further than the current pandemic – it doesn’t mean there are no risks with the technology. Po Tea-Duncan says helping the government take advantage of cloud, while ensuring its services remain secure, is a tricky balance. 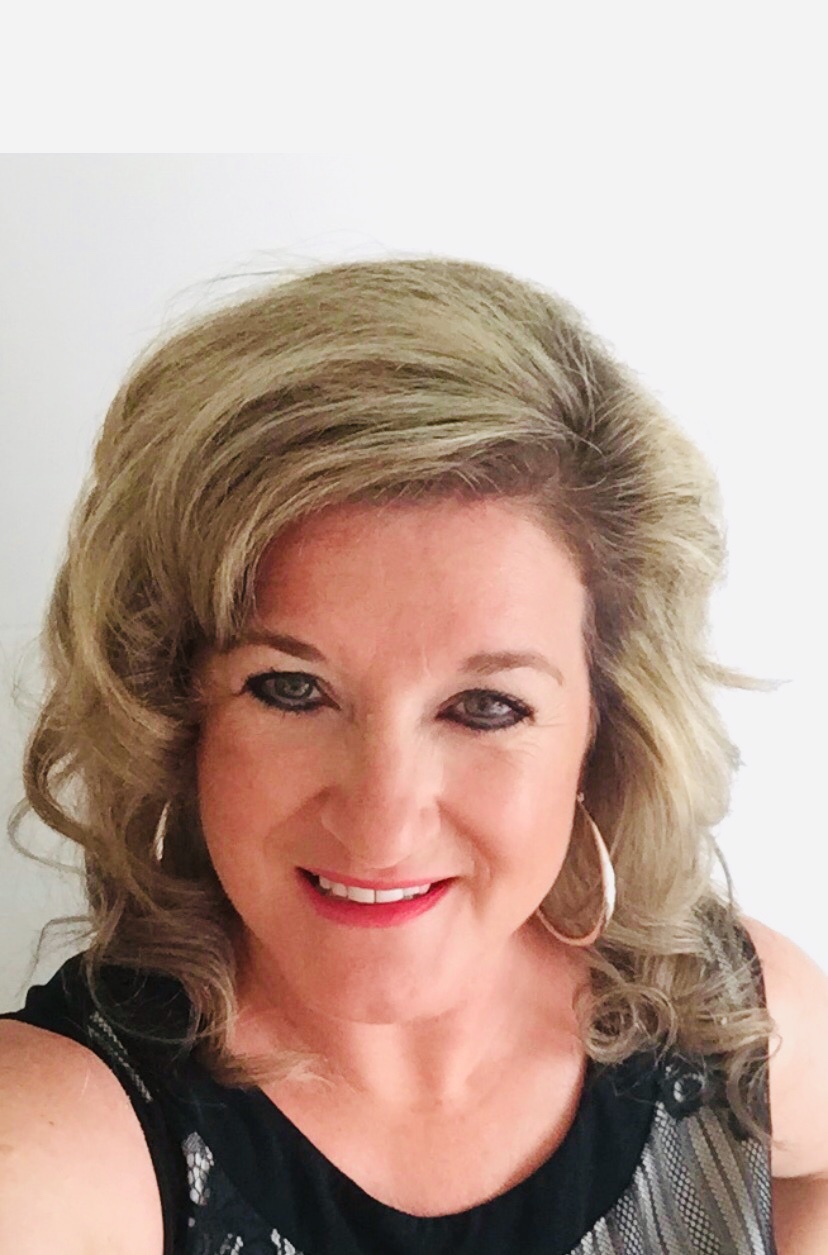 And wrapping up part 1 of our honourees roundup, is Sherry Rumbolt, National Information System Security Officer for the Department of National Defence/Canadian Armed Forces. Rumbolt got into cybersecurity in 2004 when she joined the forces’ network operations centre. It’s been like drinking through a firehose, she says, but she loves every minute of it. 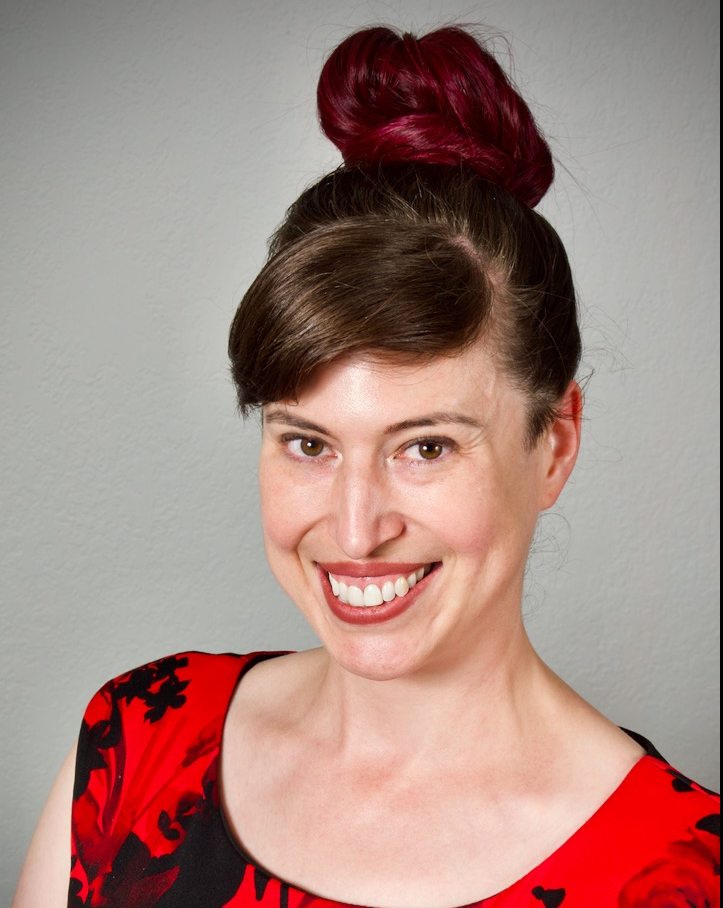 Tanya Janca, better known in the cybersecurity community as “‘SheHacksPurple,” is the founder of We Hack Purple, a tech startup specializing in online and virtual security training for IT professionals. Tanya has been coding since she was a teen, has worked in IT for over 20 years, has won numerous awards, and started her own company several times. Oh, and she’s worked for tech giants such as Microsoft, Adobe, and Nokia.

Victoria Lemieux, associate professor at the University of British Columbia School of Information 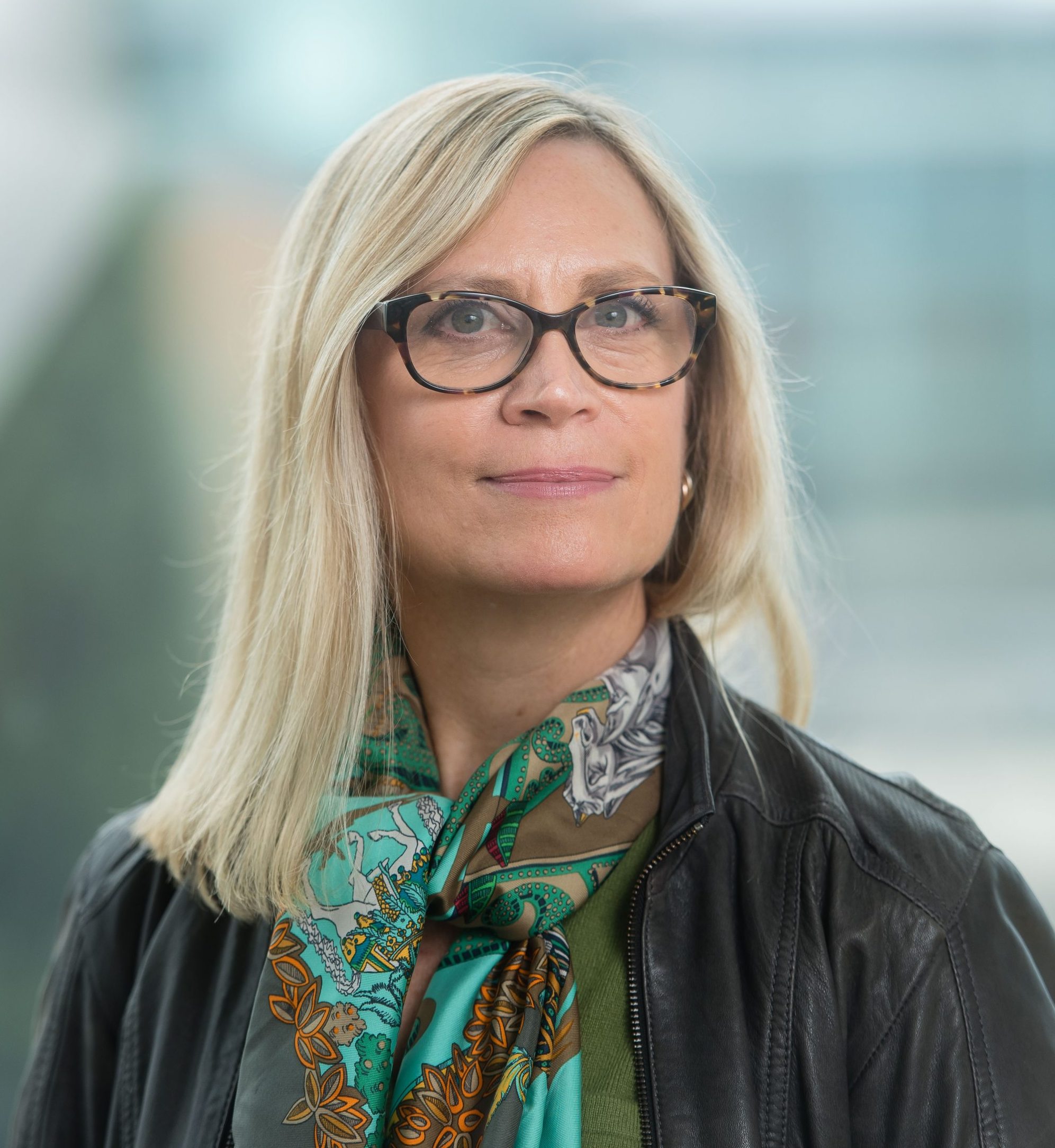 Our next honoured is the associate professor at the University of British Columbia School of Information, Victoria Lemieux. Her interests include risk to the availability of trustworthy records, in particular in blockchain record-keeping systems, and how these risks impact transparency, financial stability, public accountability and human rights. 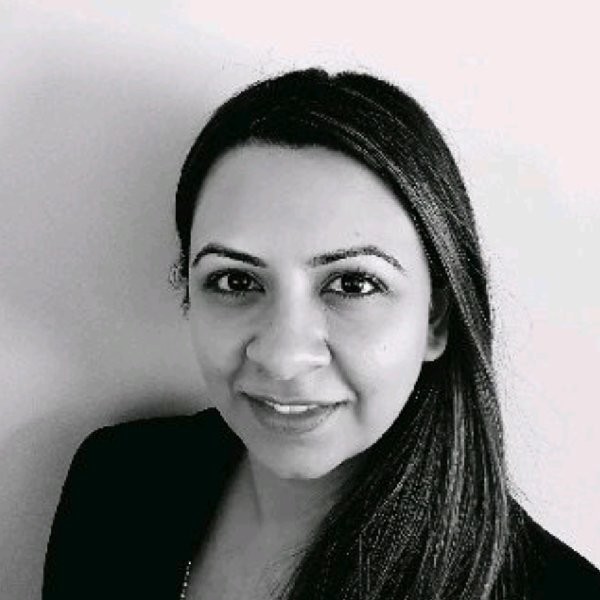 Aarti Gadhia is an accomplished sales professional, and, like many of the other women on this list, is passionate about increasing diversity in leadership & STEM. She is the Canadian enterprise sales leader for the crowdsourced security platform Bugcrowd. Her journey into cybersecurity began with an anti-virus company nearly 20 years ago. 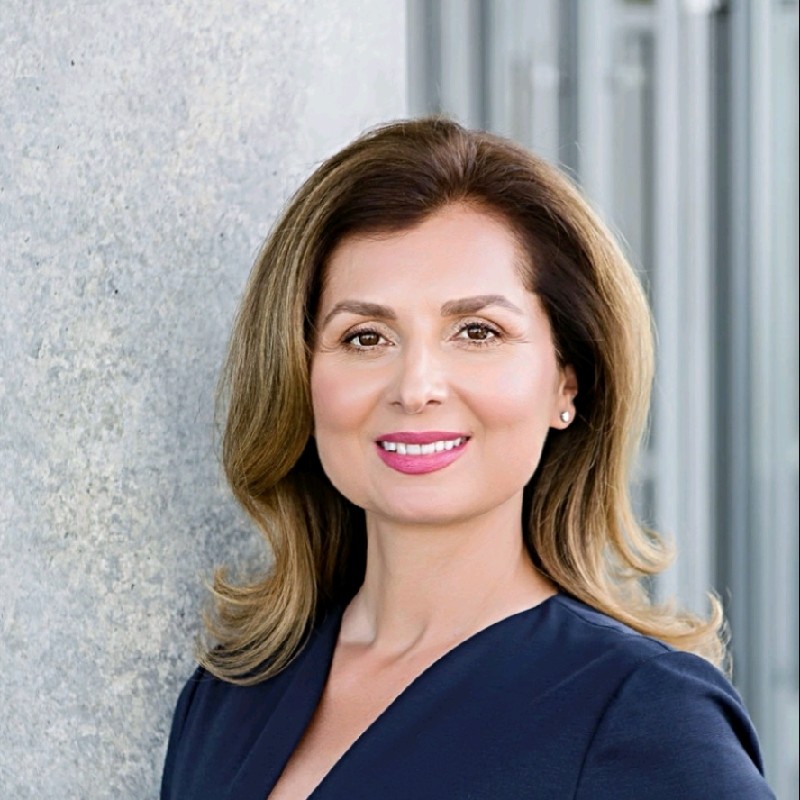 Olivera Zatezalo is the chief security officer at Huawei Canada with over 20 years of experience in the telecommunication industry, She is best known for creating value through collaborative leadership style, agile execution, and for her global cybersecurity expertise.  Up until joining Huawei Canada, Olivera was responsible for cybersecurity governance, management and operations within an international communication provider operating in Canada, US, UK and France. She was also a member of Canadian Security Telecommunications Advisory Committee. But today, cybersecurity around 5G and other unchartered waters is where most of her attention is focused. 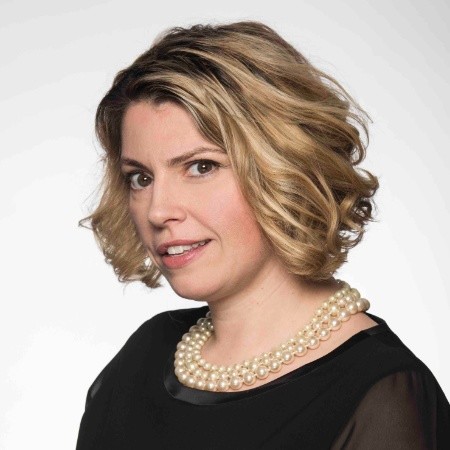 Today’s next honouree is the Chief Information Officer (CIO) at the Public Service Commission of Canada and the organization’s Diversity and Inclusion Champion for Women. For over 17 years, Elizabeth Rhodenizer has specialized in cybersecurity and critical infrastructure protection within the public and private sectors. She has developed technical standards for the North American Electric Reliability Council (NERC), American Bar Association and the North Atlantic Treaty Organization (NATO). Elizabeth’s journey into cybersecurity began with a Bachelor of Computer Science from the Technical University of Nova Scotia (Dalhousie) and an Executive MBA from the University of Ottawa. When asked about what’s top of mind around cybersecurity right now, talent acquisition and retention ranked high. 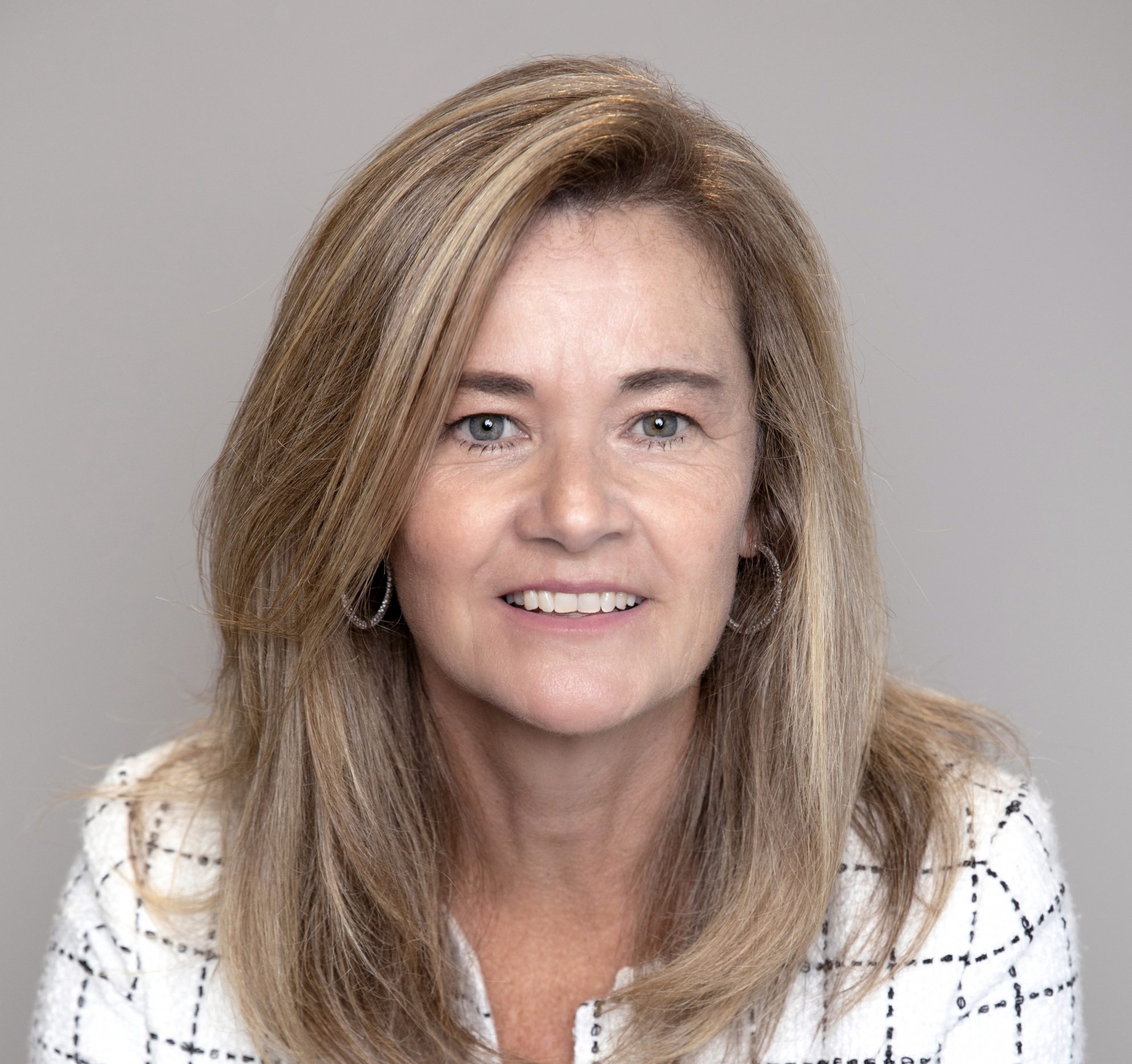 Laurie Pezzente leads the Royal Bank of Canada’s Global Cyber Security team as senior vice president and chief security officer. In partnership with the organization’s executive leadership teams, she directs the development of effective cyber strategies to assess and mitigate risk globally, manage crises and incidents, maintain continuity of operations, and safeguard the organization. Her presence in the cybersecurity industry is matched only by her tenacious appetite to take on new challenges and learn new skills. This approach, together with emerging tech, is crucial she says for tackling today’s cybersecurity challenges in banking.

Vanessa Henri, lawyer at Fasken’s in the Emerging Tech division 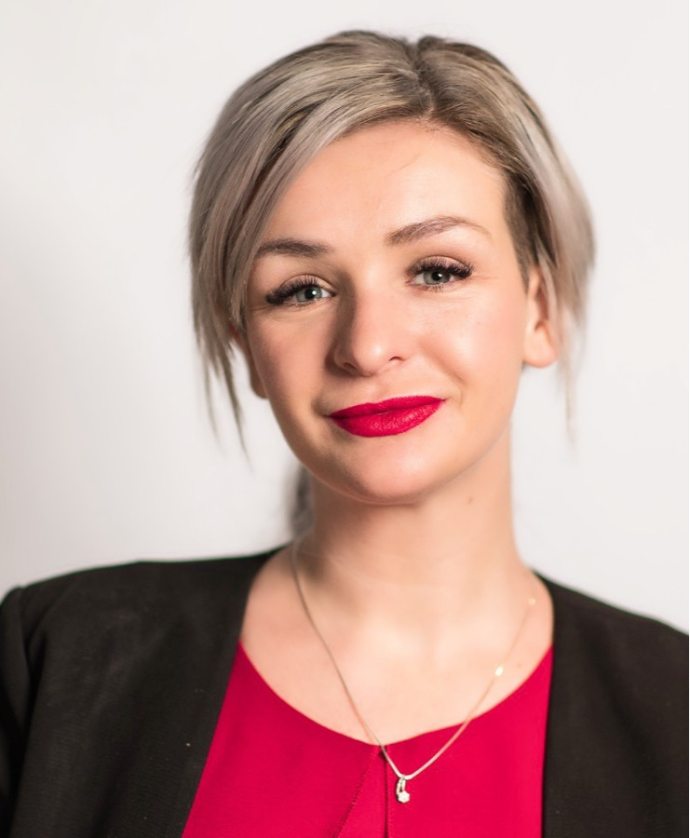 Vanessa Henri is a lawyer at Fasken’s in the Emerging Tech division and sits in the Information Security Governance Committee which oversees cybersecurity within Fasken’s offices worldwide. She teaches corporate practices in cybersecurity, crisis management and compliance to Master level law students at St-Thomas University, in Florida, and sits on the advisory board. She is the secretary of OpenNorth’s board of director and sits on advisory board for various start-ups. And believe it or not, there’s more, but we have a schedule to keep. 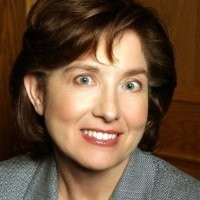 Rosa Caputo, quickly got familiar with cybersecurity while overseeing Hydro One Ontario’s IBM mainframe computers. Today, she is the founder and CEO of KeyData Associates, and a trusted advisor to clients across all industry sectors. She provides strategic advice on matters of governance, regulatory compliance and systematic risk to CISOs, CIOs, CEOs, Government Leaders and Board Members.  A passionate cybersecurity executive, Rosa enjoys mentoring and sharing her experience with other women in the industry. She praises her own cybersecurity hero for bringing more attention to the industry in the mainstream media.

Natalia Stakhanova, Canada Research Chair in Security and Privacy, and an Associate Professor at the University of Saskatchewan 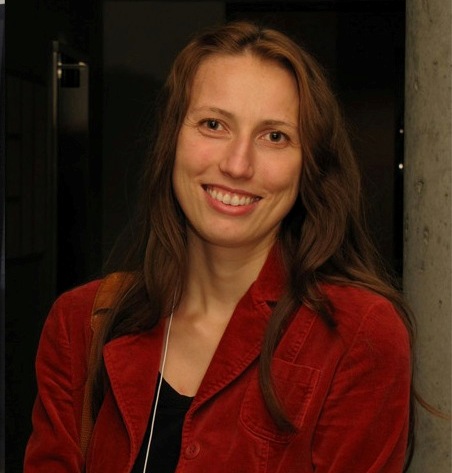 Cybersecurity innovation might not be the first thing you think of when you hear someone mention The Prairies – but thanks to Natalia Stakhanova, that’s what’s starting to happen. Natalia is the Canada Research Chair in Security and Privacy, and an Associate Professor at the University of Saskatchewan, Canada. She is the former New Brunswick Innovation Research Chair in Cybersecurity. Her work focuses on software security, e-health security, and specifically, security of wearable devices.  Working closely with industry on a variety of R&D projects, she has developed a number of technologies that resulted in 3 patents in the field of computer security and adoption by high-tech companies. But her story, interestingly enough,  began with video games. 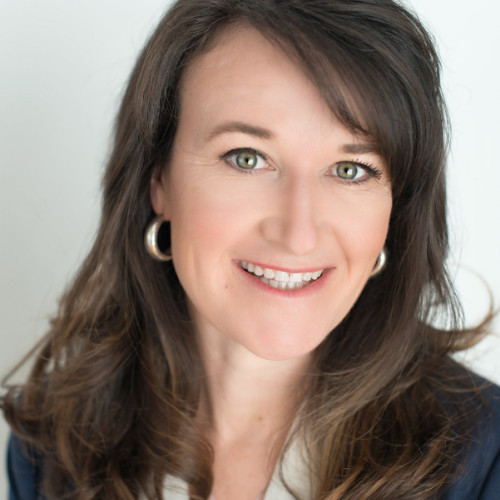 Rounding out this impressive list of honorees is Daina Proctor. Based in the nation’s capital, Daina is the Canadian national lead for IBM’s Security Intelligence practice. In her role, she leverages her seasoned delivery experience to enable businesses with cohesive, transparent and rapid threat intelligence programs. She has spent half of her almost 25-year ICT career leading and growing information security programs, from technology stack through to including operating models. Through escalating leadership positions with companies such as Nortel and CGI, and now IBM, Daina has grown and built security competencies in the Nordics, the Netherlands, UK, Australia as well as here at home in Canada. Daina says she had reservations about working in cybersecurity, but like many of our honourees, diving into the rabbit hole was worth it.

Alex Coophttp://www.itwc.ca
Editorial director for IT World Canada and its sister publications, and former community reporter. Also a great pick up basketball player | acoop@itwc.ca
Previous articleIs managed private cloud the best of both worlds?
Next articleCyber Security Today – Don’t be fooled by what you don’t see, CouchSurfing hack, bad Android apps and more

Do you have Top Gun training in your organization?