BARCELONA — With all the foldable phones launching left and right, this month has been a lively one for smartphones. Nearly all of them were on display at Mobile World Congress (MWC) 2019 held in Barcelona’s Fira Gran Via convention center. ITWC was able to get some hands-on time with a few and a brief glimpse at others.

Here are the best foldable phones at MWC 2019.

The Samsung Galaxy Fold was announced days before MWC 2019 at the Samsung Unpack event in San Francisco, but that didn’t stop Samsung from putting it in the centre stage at experience booth. Granted, the phone was safely locked away behind an enclosure, and its mirror-like finish made photography challenging. 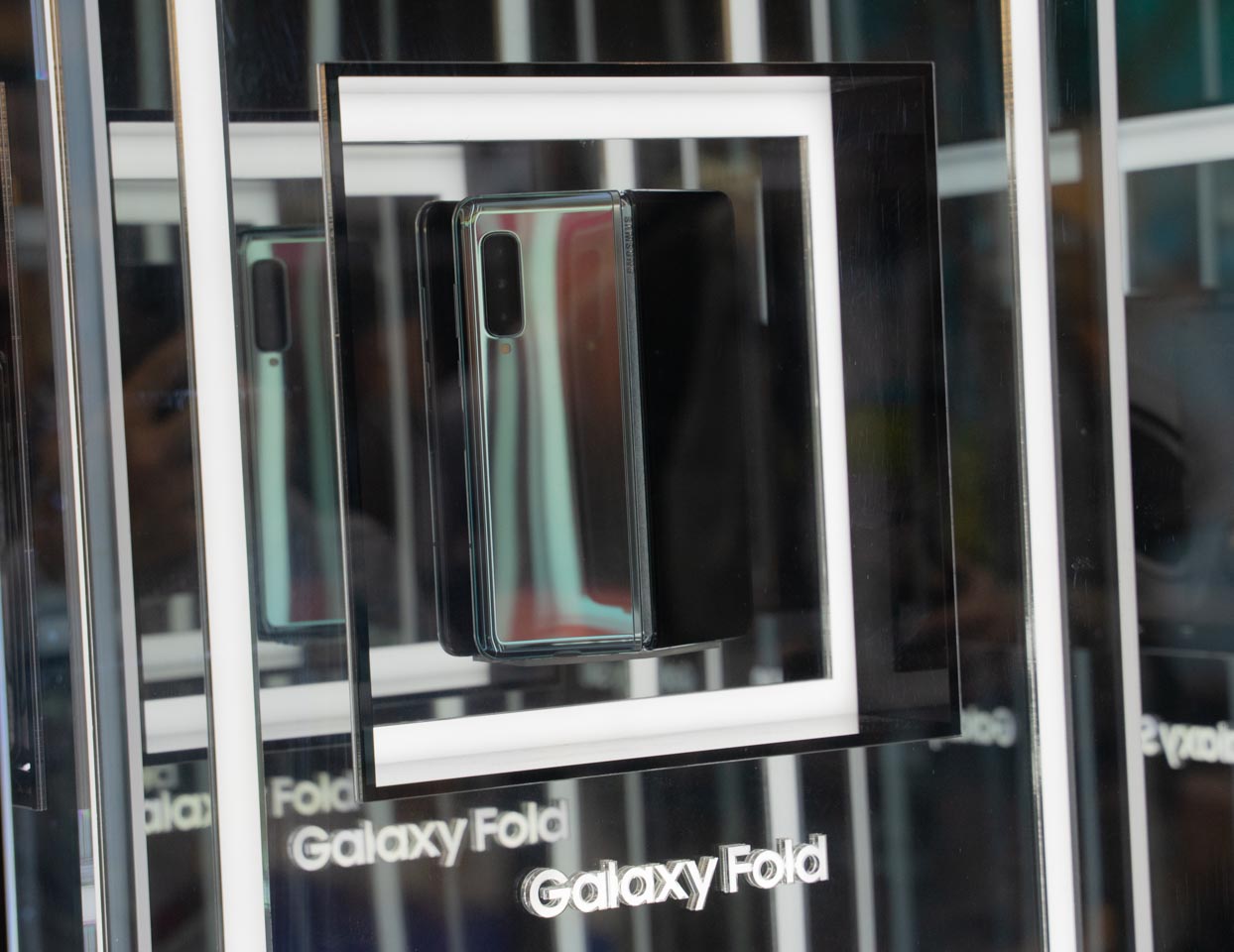 Because it folds inwards, there’s no way to prevent creasing on the centre of the display, which is why there’s a slight gap when the two halves are collapsed on top of one another. The tiny gap can be slightly off-putting to the nitpickers, but it also opens up more case options and prevents scratching.

A ton of design went into the hinge as well. It’s almost completely invisible even when the two halves are folded.

The Galaxy Fold packs a Qualcomm Snapdragon 855 SoC, 12GB of RAM, and 512GB of storage. The phone has two batteries totaling to 4,380mAh. It also has a 5G modem, likely the Qualcomm Snapdragon X50, adding support for sub-6GHz signals as well as mmWaves.

Samsung hopes to bring the Galaxy Fold to market in April 2019 starting at CAD$2,611. Its seemly exorbitant price is only surpassed by the Huawei Mate X.

We’ve already covered the Huawei Mate X extensively throughout MWC, and although it’s only the 10th time it’s been presented, it’s still a gorgeous-looking phone. 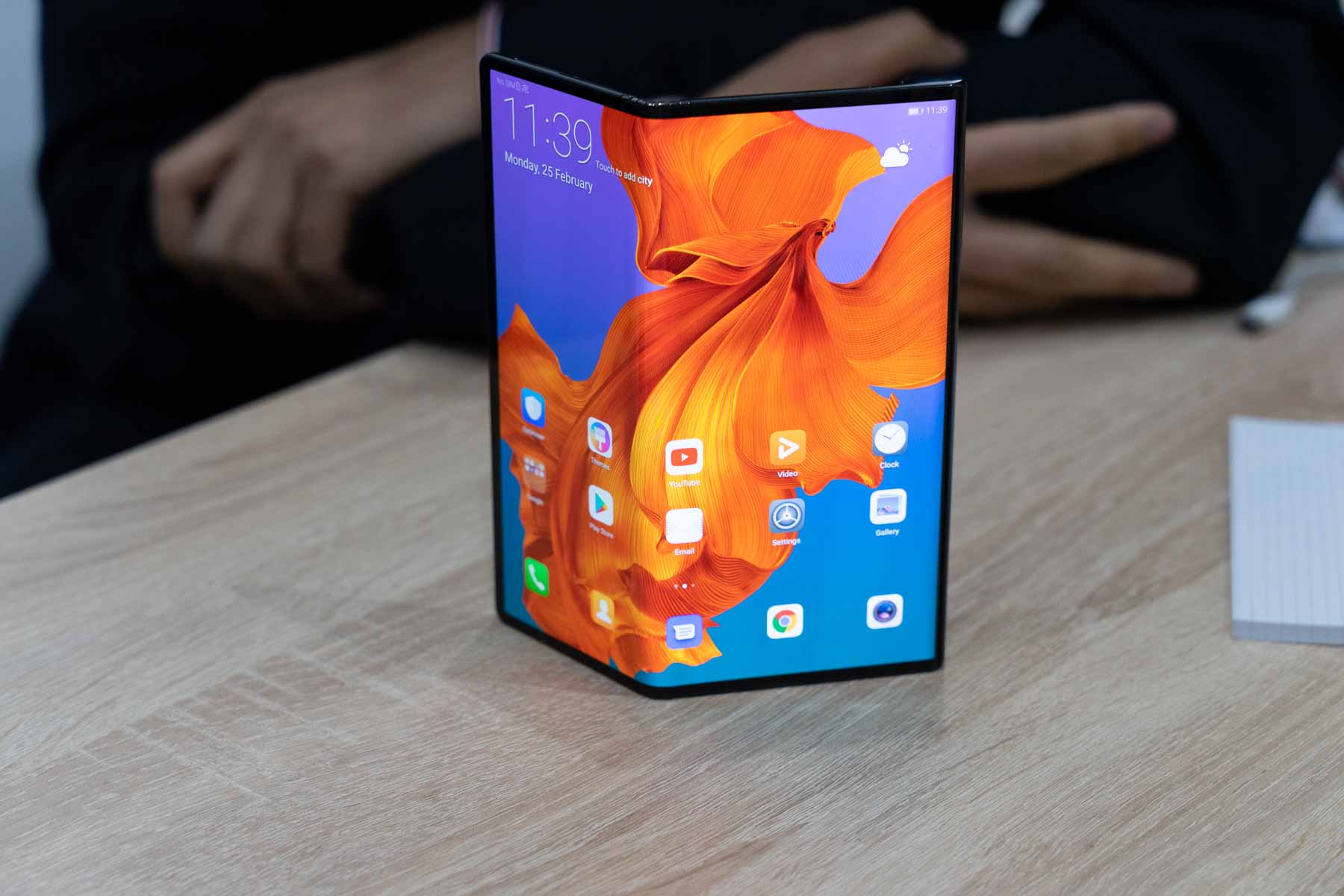 The Huawei Mate X is the current champ in slimness. Its 8.4” AMOLED display folds outwards, eliminating the gap and creases. Huawei also moved the thickest component – the USB-C port – on to a raised ridge along the edge of the phone. The hinge is equally impressive with 100 components working in synergy to close flat. When collapsed, the display’s left half rests flush against the ridge’s peak. Folded, it measures 11mm, when unfolded, it’s only 6.4mm.

Folding outwards raises its own concerns, however. Since the screen is perpetually exposed, it’s more prone to scratching. 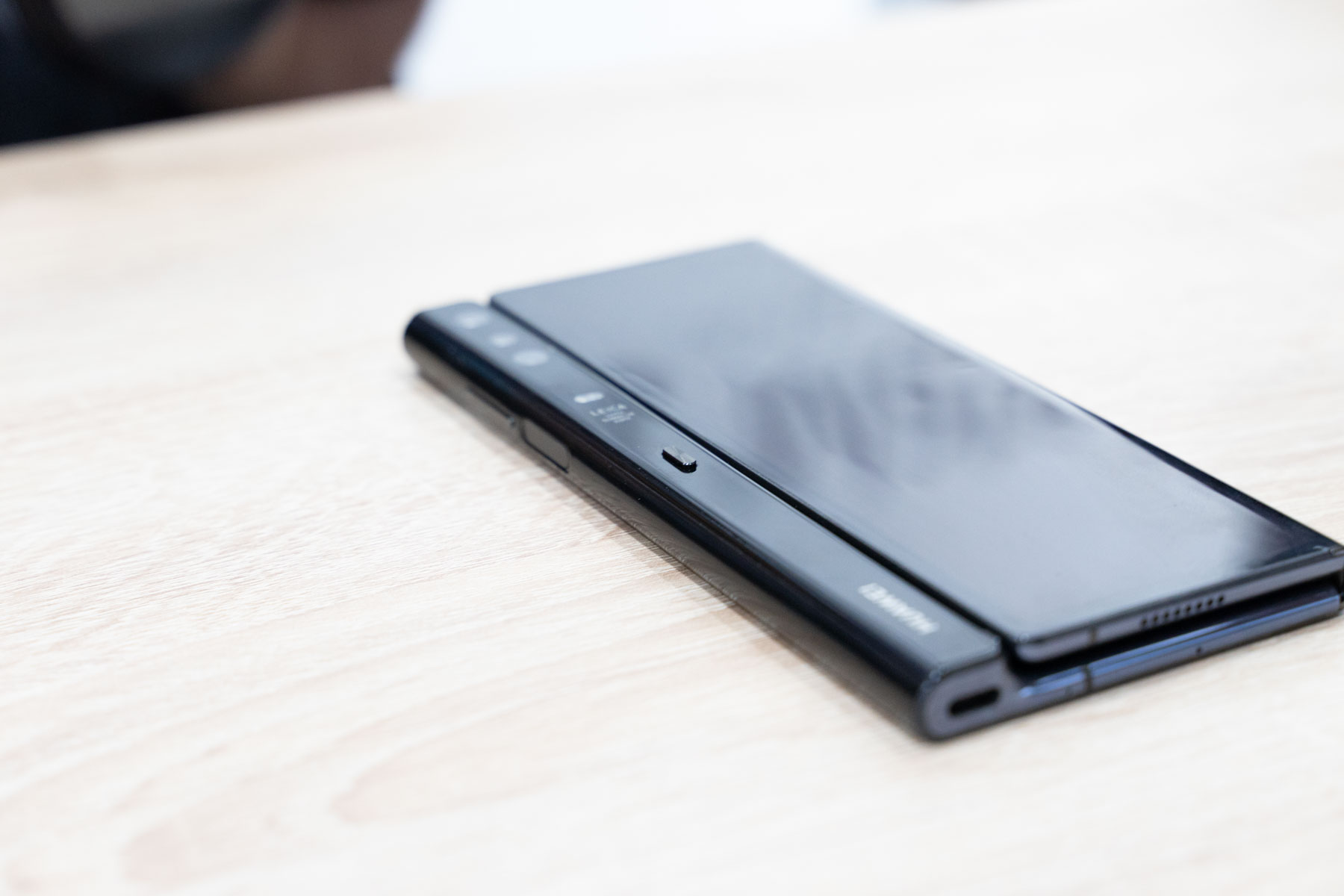 Huawei equipped its Mate X with its home-made Kirin 980 SoC and the Balong 5000 5G modem. Huawei promises that Balong 5000 can deliver twice the data rate as the Qualcomm Snapdragon X50 in sub-6GHz bands. RAM and storage capacity are locked in at 12GB and 512GB respectively.

Contrary to its thin profile, the Huawei Mate X packs a fat 4,500mAh battery, larger than the one in the thicker Samsung Galaxy Fold.

Huawei is planning on releasing the Mate X in the middle of June. Those who are interested should save up in the next few months as the Mate X costs a whopping CAD$3,425 – 31 per cent higher than the Galaxy Fold. As brilliant as this device may be, it’s well beyond the reach for the average consumer.

Regardless of criticism, the LG Dual Screen uses a phone, expands the display area when opened, and can fold in half. That passes the bare minimum to be considered as a foldable phone. 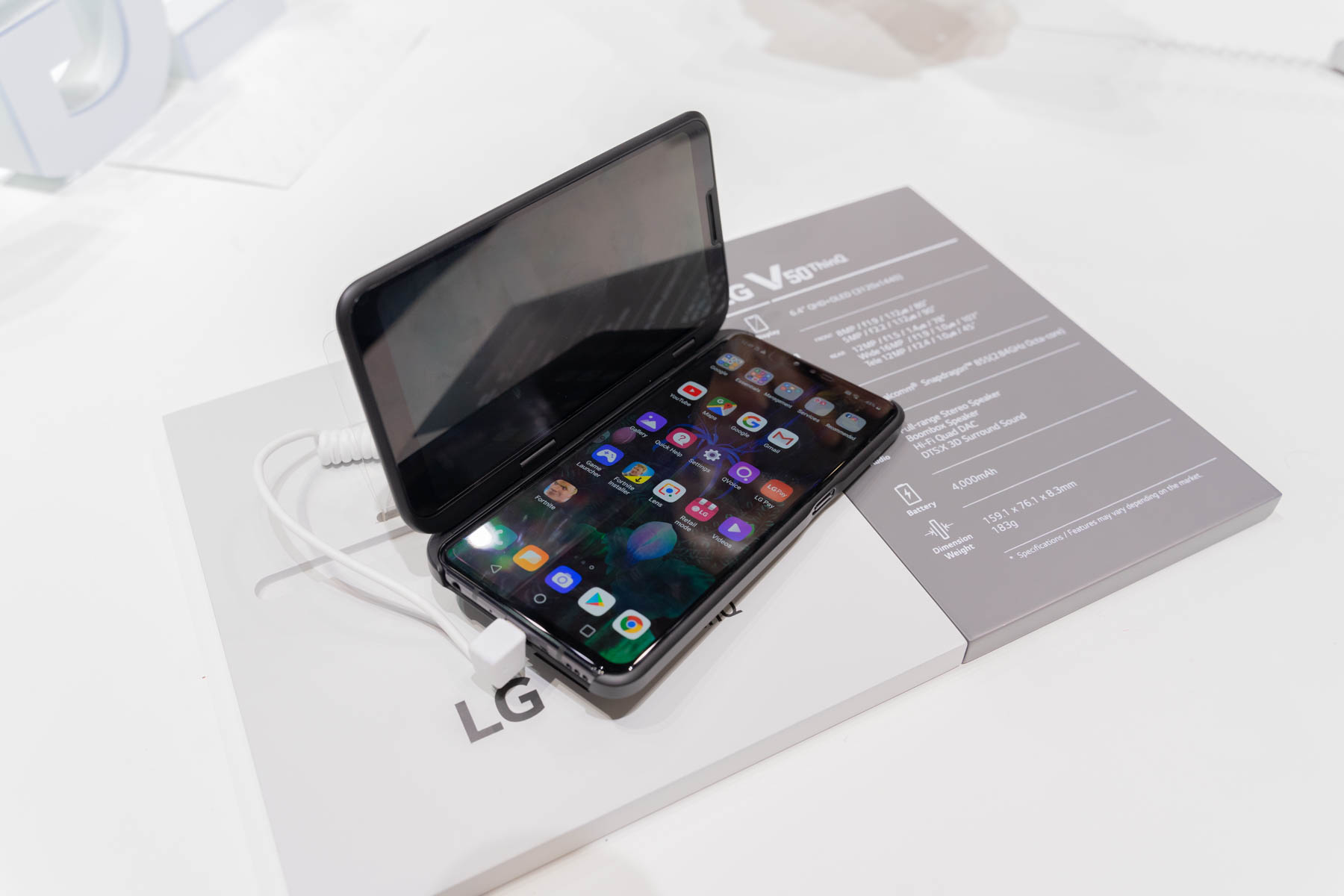 LG’s approach is far less complex than other foldable phones. Instead of developing a bendable screen and an intricate hinge, LG simply made a case for the LG V50 ThinQ with a 6.2” OLED display to complement the 6.4” OLED display on the phone itself.

At its booth, an LG spokesperson demonstrated the Dual Screen’s multitasking benefits by selecting different photo styles while operating the camera app, and using the second display as controls for games. 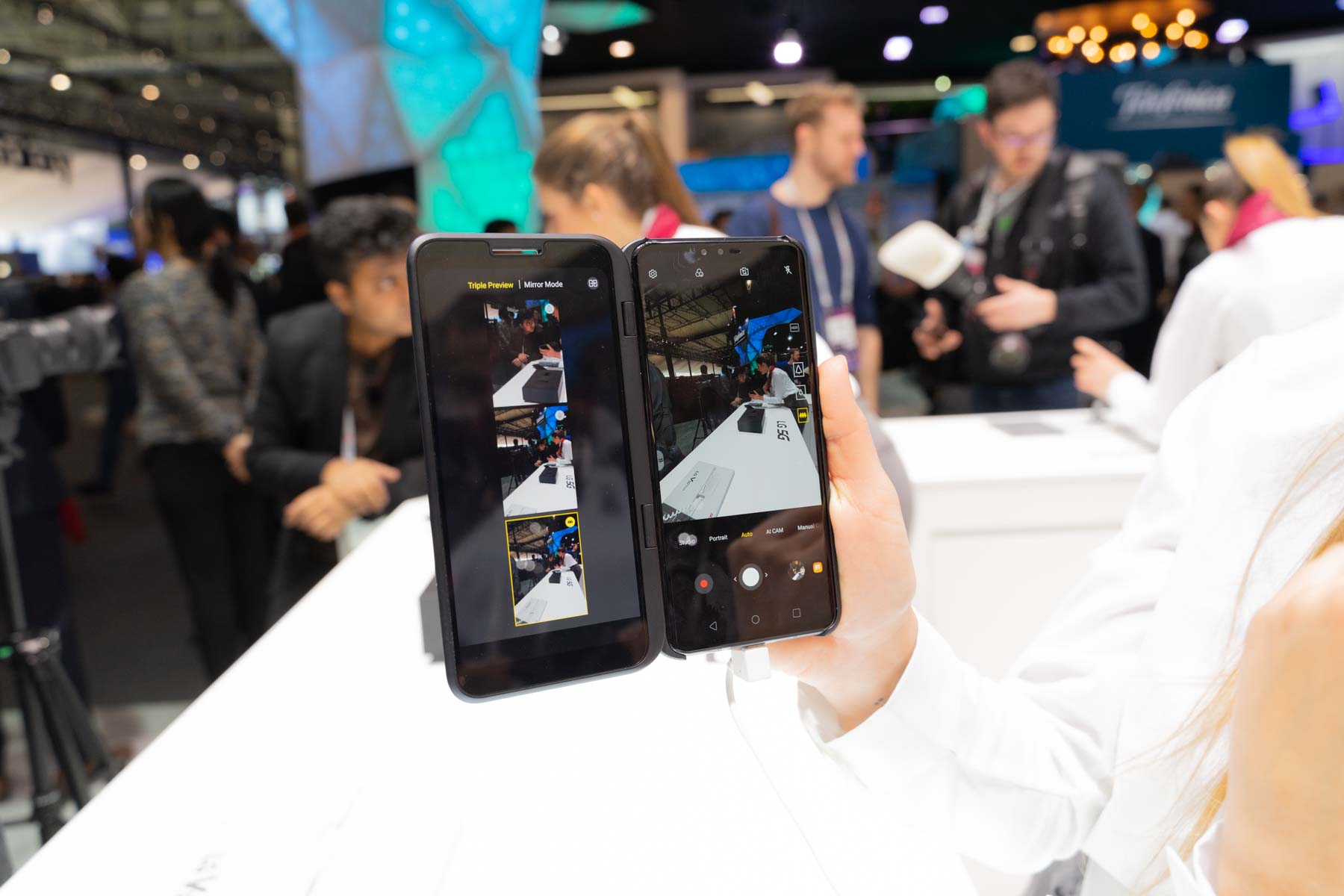 The LG Dual Display is also one of the few phones attendees actually got to hold and try out. The stayed rigid in my hand and didn’t flop around when propped at an angle. With the display case attached, the unit felt quite heavy and thick.

The seemingly primitive solution isn’t LG’s final vision for foldable phones. Just two weeks ago, LG said that it’s putting its foldable phone on hold to focus on developing 5G for its devices. There’s some sense to that. With all the big screens popping up, it’s easy to forget that networks are still the backbone of phones. With that said, both 5G and foldable phones still need some time to reach mass adoption, entering the market early is still important.

LG has yet to announce pricing or availability. We can only assume that it would be significantly cheaper than the others mentioned in this list.

While not present at MWC 2019, let’s not forget the first two foldable phones ever released. The Royole Flex Pai and the XiaoMi foldable phones are both absent from the show floor. XiaoMi’s offering is particularly interesting as its two edges both fold inwards, leaving a square display when completely collapsed.