In the early days of the latest century, my pal Jesse and I found ourselves working as part of a systems programming team for a large corporation outside Palo Alto, Calif. One day, a brand new hire — let’s call him “Frank” — walked into the cube that Jesse and I shared. He needed advice. Frank was a programmer, and he’d been tasked with streamlining a cumbersome database application that was running on the mainframe.

Since he seemed like a decent guy, Jesse and I were perfectly happy sharing our expertise. We even went out for beers a couple of times, talking about how Frank could re-engineer some of the clumsy data structures he’d been stuck with. After a week or so of informal conversation, we moved to the chalkboard, then to fairly detailed flowchart outlines.

We showed Frank how to use pointers rather than assignment statements to reference data and improve throughput. We talked about ways to develop sort keys. We suggested techniques to improve and accelerate sorting functions.

Soon Frank was visiting our cube three or four times a day with questions about how to implement some of the trickier routines. And once the code was running, he came back for advice on how to format the output for Microfiche, and how to code control parameters for processing. By now, we were fully invested in Frank’s project, and we all looked forward to our code-review-and-cocktail-drinking excursions.

Two months later, halfway through one of our weekly IT staff meetings, Frank’s manager announced that he had an award to present. He went on to list all the classy design qualities and innovative coding exemplified by Frank’s successful project. Then Frank stepped forward and accepted the award, saying “It was a lot of work, but it was worth it.” He sat back down without a single word about the help Jesse and I had provided.

I was too stunned to say anything, but Jesse got to his feet and stated loudly that the least Frank could do was give us credit. It was probably not Jesse’s most political moment, especially when he declared that we had done “most of the work” on the project. But honestly it was nothing less than the truth.

That didn’t stop our boss from rising angrily to his feet to observe that there was no room in the organization for “sour grapes.” Jesse was mortified.

Shortly afterward, I decided to move to a management position. I was packing up my side of the cube when, to Jesse’s and my mutual amazement, who came waltzing in but Frank. He said he was “sorry about how the meeting went down,” and immediately asked for some programming help. Jesse tossed him the manual and said, “Why don’t you learn to read?”

I retired a few years later. Jesse’s career never recovered, which is perhaps just as well. After he left the company, he started what turned into a hugely successful motorcycle customizing business. Frank eventually moved up the management ladder. For all I know, he may still be there, looking for someone to do his work for him.

I learned two lessons from this little melodrama: One, make sure there are witnesses when you’re helping a co-worker do his job; and two, keep your mouth shut at big meetings — even if you’re getting the shaft.

Got amazing tales, real-life experiences or war stories from the trenches? E-mail them to [email protected] If we use your story, we’ll be sure to conceal your identity and that of your company and colleagues. 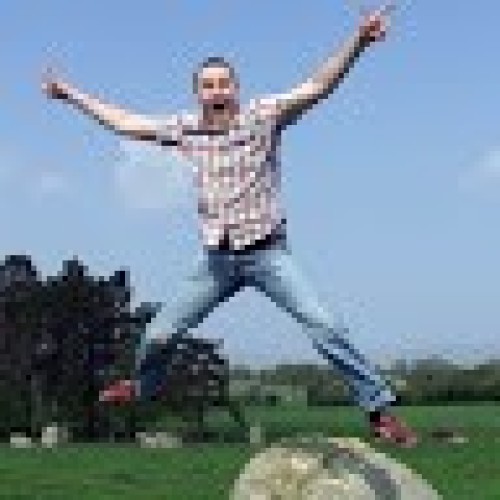