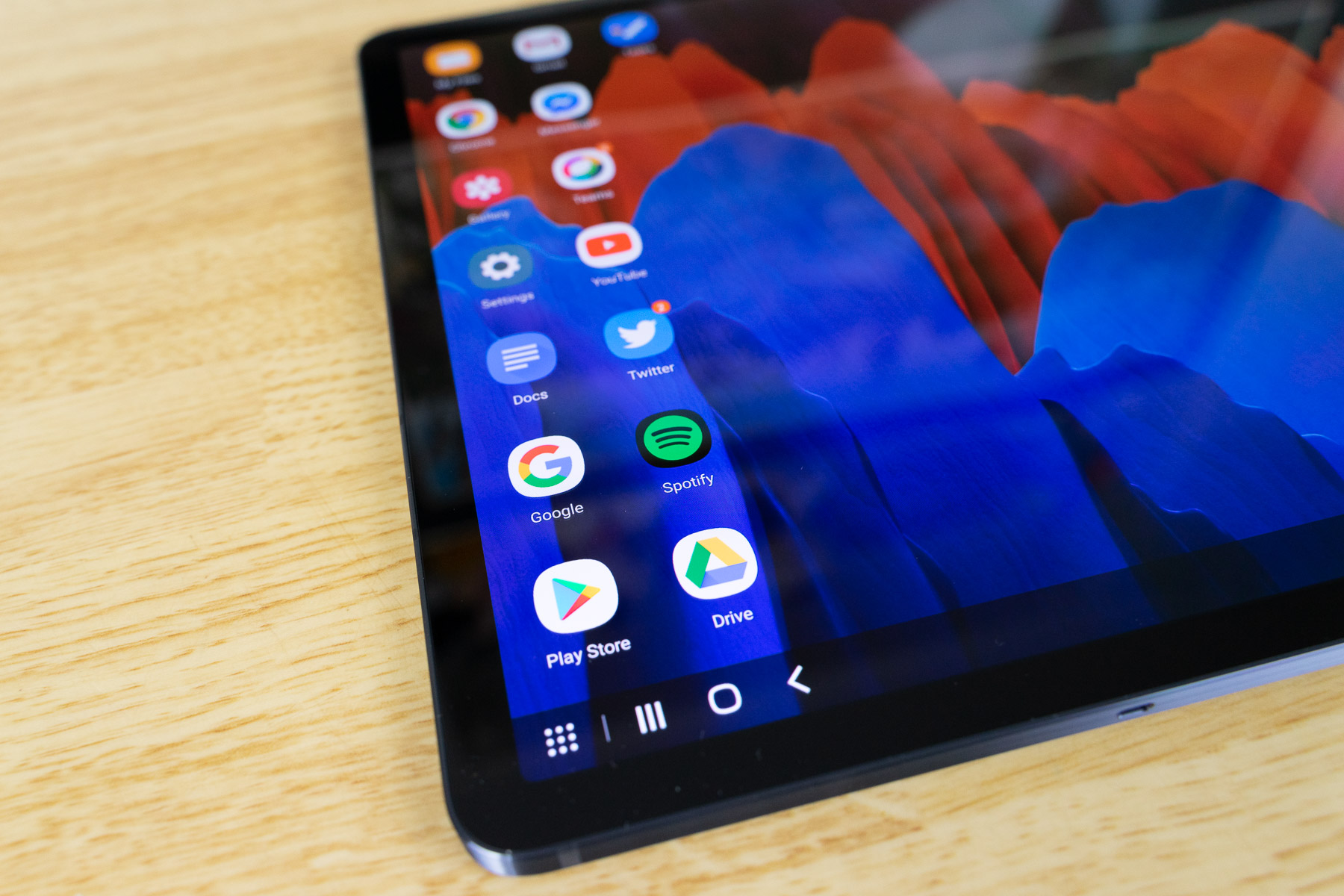 The recently-released Samsung Galaxy Tab S7 Plus is an Android tablet that has it all: a big screen, the performance, even a keyboard and a stylus. But what piqued my interest is how heavily Samsung touted its productivity prowess. Since we have one for review, we can examine whether the pinnacle of Android tablets can function as a laptop replacement.

Let’s first introduce our candidate. The Samsung Galaxy Tab S7 Plus is, bar none, the finest Android tablet you can buy right now. Anyone can instantly appreciate its eye-watering 12.4-inch 120Hz AMOLED display and booming quad speakers. Packing Qualcomm’s flagship Snapdragon 865 SoC, 8GB of RAM, and a giant 10,090mAh battery, the Galaxy Tab S7 Plus easily chews through any and all apps all day long. Samsung has also reduced the S Pen’s latency down to a near-instantaneous 9ms, greatly improving its drawing performance. Simply put, I needed the best to represent the Android Tablet experience, and the Galaxy Tab S7 Plus is it.

This article serves two purposes: first, it tests if the best Android tablet can succeed as a professional workplace device; second, it evaluates the Android tablet experience in 2020 as a whole.

Samsung has supplemented the Galaxy Tab S7 Plus with a keyboard and kickstand (purchased separately). With the two attached, the tablet certainly mimics a laptop at a glance, but can it function as one?

To answer that question, we must dissect its software. Unfortunately, Android on tablets is still just functional; in recent years, Google has only made half-hearted attempts at improving Android’s tablet experience. Its interface feels like a magnified view of your smartphone. Apps support is equally sporadic. Instagram, for instance, still refuses to function in landscape mode, forcing you to either remove the tablet from the keyboard or rotate the whole device. Not even Google’s own apps are ubiquitously supported. Just like Instagram, Google apps like Google Tasks are also incompatible with landscape mode.

For the most part, DeX did a respectable job at emulating a classic desktop experience. Citrix Workspace had no issues being dragged around, resized or minimized. Google Chrome was also great, although I had to enable the “Show desktop site” setting since mobile versions still looked awkward. Being able to snap apps to half of the display, a marquee feature of a modern desktop operating system, is also now on DeX. There’s even an intuitive file manager that supports drag and drop, making finding files a breeze.

DeX provides a more refined experience than Android’s default interface, but it isn’t flawless. Certain apps refuse to expand into fullscreen and choose to be confined in a tiny box. Moreover, keyboard command inconsistencies can be infuriating. To give you a glimpse in my frustration, the keyboard command for sending a message on Twitter is ctrl+enter, for Webex Teams is just enter, and is non-existent for Facebook Messenger. For that, you’ll need to touch the send button on the touchscreen.

Then there are features that it doesn’t have, such as virtual desktops and multiple instances of the same app. Granted, I don’t know whether this is a hard limitation on Android or on Samsung’s development side.

These are just a small subset of the nagging problems I encountered. When you’re trying to get work done as fast as possible, introducing these nuances can impede workflow and cause unneeded stress.

As excellent as the Galaxy S7 Plus is, the truth is that it’s outpaced by a competitor at every turn. Want the most consistent tablet experience? Go with Apple’s iPad. Want a fully-fledged PC in a tablet form factor? There’s Microsoft Surface Pro and Surface Book. Just looking to run apps on a big screen? Get a cheaper Chromebook or a budget tablet.

That’s not to say any of these options are completely superior to a premium Android tablet. The iPad won’t give you access to the Google Play Store, the Surfaces loses on battery life and weight, while cheaper alternatives won’t have premium features like quad speakers and a high refresh rate display. All I’m saying is that they excel in their respective niches more than the Android tablet, whether it be in polish, utility, or value.

My days with the Samsung Galaxy Tab S7 Plus were a wild ride. On one hand, I love everything about its craftsmanship and specs. On the other, I dreaded making it my main work machine.

The failings aren’t in the hardware; the Tab S7 Plus executed that front flawlessly. Rather, it’s in a disappointing software. Neither Its consistency nor functionality can rival offerings from Apple and Microsoft. In a fast-paced workday, the last thing I want to do is wonder if a critical app can launch in landscape mode.

That not to say the Tab S7 Plus isn’t fun; the S Pen was absolutely splendid in drawing and markups. Moreover, the beautiful display breathes new life into Netflix and gaming. But that’s it, it’s just fun. The moment you try to incorporate it into your productivity routine, you’ll find yourself breaking your back wrestling with its shortcomings. And because it can’t completely replace any device, it’s another chunk of metal you’ll leave in your backpack and rarely use at the office. Did I mention that it starts at $1,190 without the keyboard?

There’s still much to be said about this tablet. I’ll likely follow it up with a full review soon.

Tom Li
Telecommunication and consumer hardware are Tom's main beats at IT World Canada. He loves to talk about Canada's network infrastructure, semiconductor products, and of course, anything hot and new in the consumer technology space. You'll also occasionally see his name appended to articles on cloud, security, and SaaS-related news. If you're ever up for a lengthy discussion about the nuances of each of the above sectors or have an upcoming product that people will love, feel free to drop him a line at tli@itwc.ca.
Previous articleHashtag Trending – Google ends Pixel 4; cell service outage in eastern Canada; Excel dates human genes
Next articleHashtag Trending – Reddit gets hacked; Facebook doubles down on WFH; Holograms over Zoom