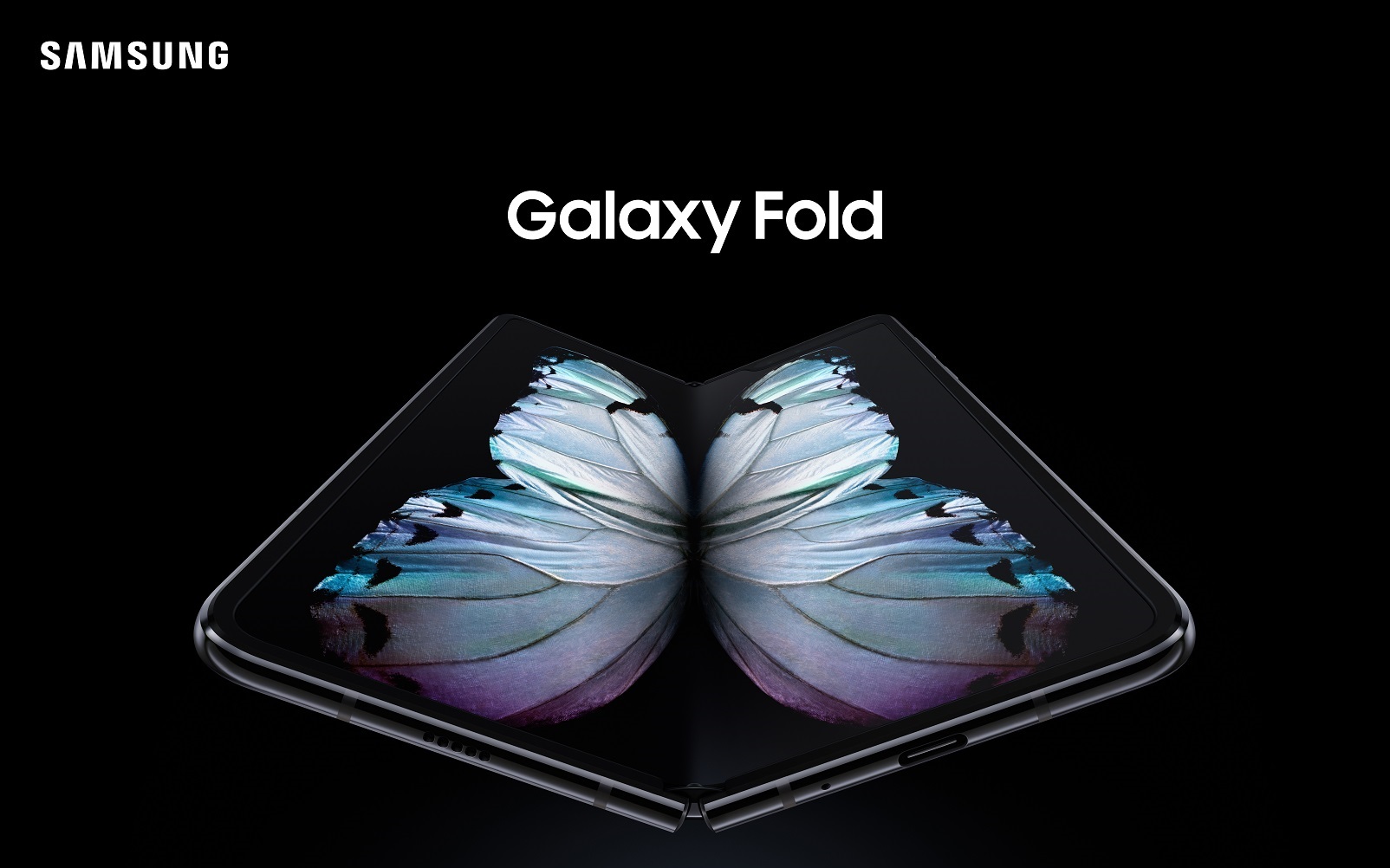 The Galaxy Fold’s highlight is a massive single panel 7.3-inch Infinity Flex Display with a 2,152 x 1,536p resolution. When not in use, the phone folds in half to fit in deep pockets. In addition, it has a smaller, 4.6-inch display at the front to provide access to frequently accessed controls when the two halves are closed.

At 276g, the Galaxy Fold is much heavier than most existing flagship phones. It’s not completely unexpected, however, as the phone is nearly twice as large in size.

Samsung phones have always had solid camera performance. For the Galaxy Fold, Samsung has added six cameras: three at the rear, two at the front, and one on the cover for when the cover is closed. The idea is to give users quick access to cameras regardless of which position the phone is in.

Internally, the Galaxy Fold is supplied with Samsung’s Exynos 9825 SoC, 12GB of RAM, and 512GB of UFS 3.0–essentially identical to the Galaxy Note 10+ spec for spec. The hardware powers Samsung’s proprietary operating system based on Android 9 Pie. Security is handled by Samsung’s Knox suite

The nearly-tablet sized screen and the additional cover display mandates a large battery. For the Galaxy Fold, Samsung blessed it with a 4,380 mAh battery. It ranks as one of the largest battery to be included in a smartphone, even besting the gargantuan Galaxy Note 10+ by a hairbreadth.

For reference, the 6.8-inch Galaxy Note 10 with similar internal hardware had a 4,300mAh battery that was able to carry it through 7 hours of screen-on-time on a single charge.

Starting Dec. 6th, the Galaxy Fold will be available in Cosmos Black exclusive at Samsung Experience stores for CA$2,600. It also includes a pair of Galaxy Buds inside the box.

Tom Li
As an avid technology enthusiast, Tom loves to fix, break, and talk about electronics. Now he gets to writes about them. Talk about a dream career.
Previous articleCyber Security today – Ransomware dilemma, huge cache of personal information found, FBI warning to auto industry and more
Next articlePaving the way for the future of healthcare