Royole Flex Pai hands-on: a display that comes with a phone

When the big phone manufacturers were still pouring over their respective foldable display technology, Royole beat them all to the punch with the Flex Pai, the world’s first purchasable foldable phone. The Royole Flex Pai isn’t just the world’s first foldable smartphone, it’s also the cheapest. The developer edition – the only edition currently available – can be had for $1,318 USD. Increasing the storage capacity from the base model’s 128GB to 256GB only bumps the price up to $1,469 USD, a $138 premium.

Its internal specs are actually quite impressive. The Flex Pai uses a Qualcomm Snapdragon 855 SoC, up to 8GB of RAM, a dual-camera array, and up to 256GB of storage. The Water OS is based on Android version 9.0 and has been customized for the bendable screen. 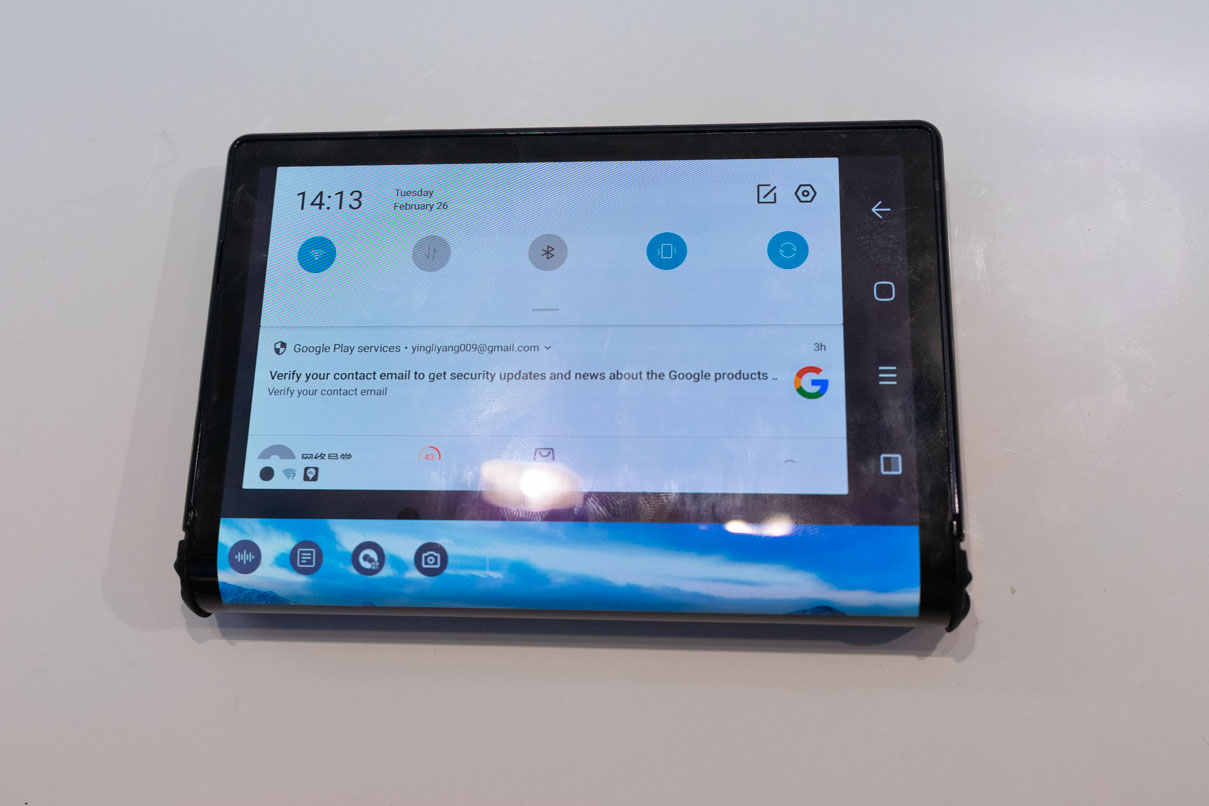 The Flex Pai is powered by a 3,970mAh battery – underwhelming considering its size. For comparison, the Galaxy Fold has a 4,380 mAh battery and the Huawei Mate X ups that to 4,500 mAh. The general principle is that the larger the display, the more power it consumes. Foldable phones need the highest battery capacity possible to compensate for the extra power requirement.

Early and cheap, but far from the best

Foldable phones are untested waters, but there’s no denying that they’re here to stay. While the first generation products of any new sector are bound to have their flaws, the Flex Pai’s shortcomings are too significant. Compared to the recently announced Samsung Galaxy Fold and the Huawei Mate X, the Flex Pai lacks finesse in both design and function, only able to somewhat compete in the one thing that makes it special – its folding display. 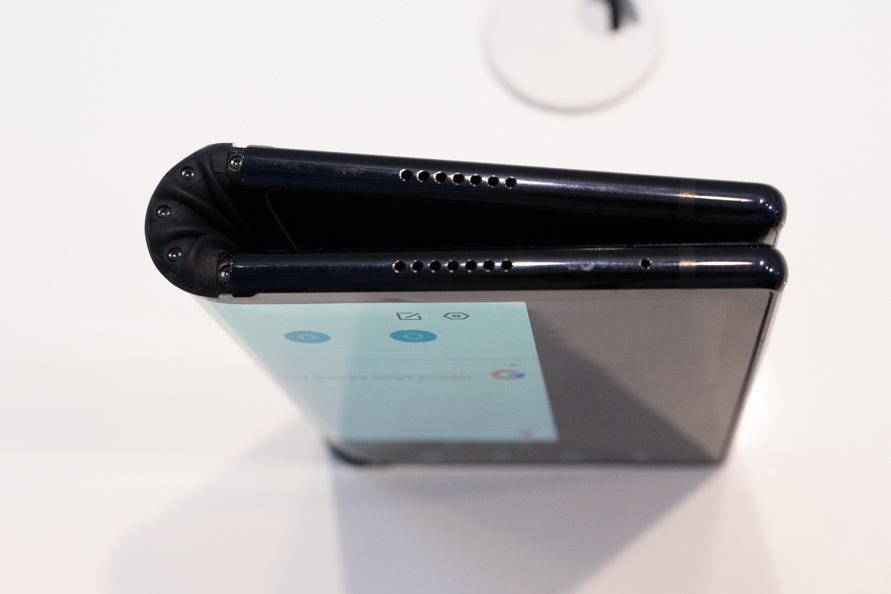 The Flex Pai’s display folds outwards. Although I haven’t extensively tested the Samsung Galaxy Fold nor the Huawei Mate X, the Flex Pai’s 7.8″ AMOLED display has some immediate quality issues. I saw burned-in display icons and strong discoloration. The display surface does manage to stay smooth even after folding it numerous times. Another journalist asked a Royole spokesperson to drop the phone face down from about 40cm, the phone survived unscathed. 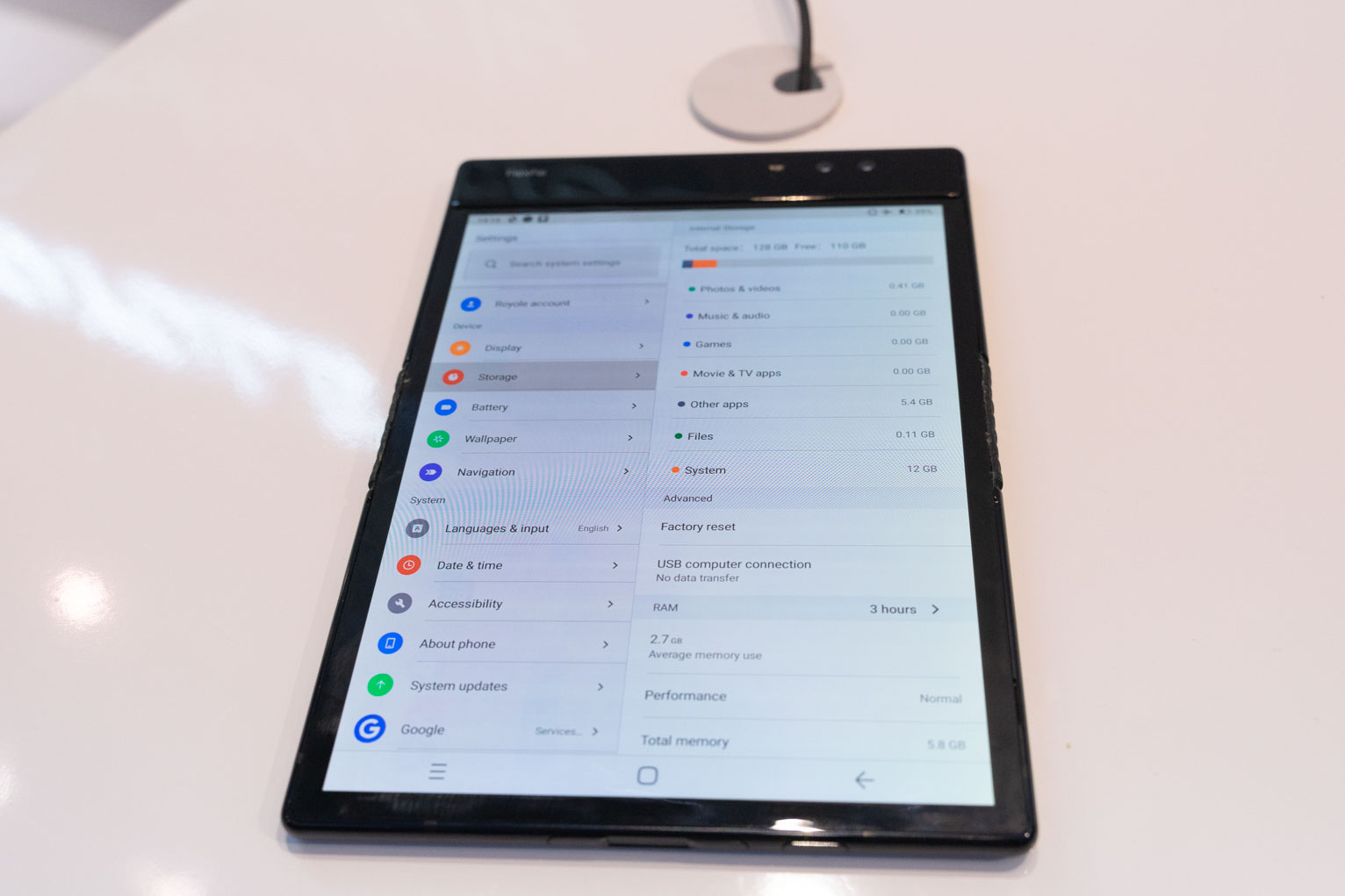 Collapsing the Royole Flex Pai produces a wide curve on the right edge. The smooth curvature, combined with the slippery glass and its thickness, makes holding with one hand difficult. When folded, the rounded area and the rear turns off to prevent erroneous registration. In landscape mode, the contoured section holds a few quick access icons. There’s also a sizeable gap between the top and bottom halves. 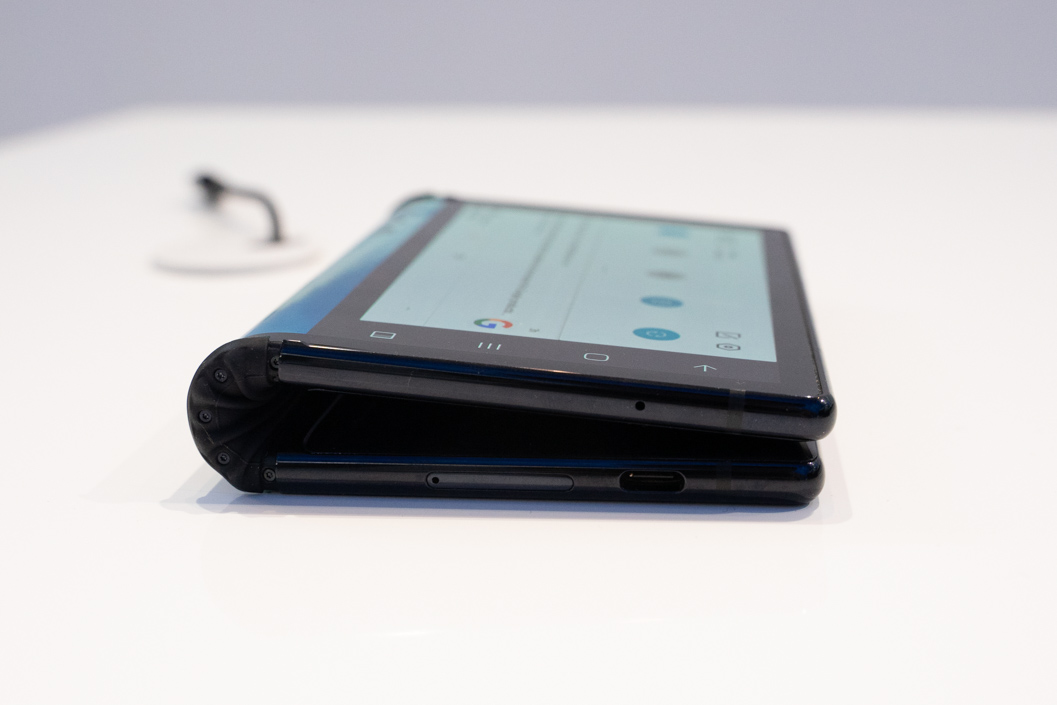 Just as its physical design is unpolished, its software is also a hot mess. Despite its incredibly powerful hardware, switching between pages and sliding across menus feel very sluggish. In the best case scenario, this is attributed to protracted animation speed, but the lack of software optimization is the more likely culprit.

The Royole Flex Pai has a dual-camera array: one f/1.8 16MP wide-angle camera and a 20MP telephoto camera. The shutter speed feels a bit slow relative to my Pixel 3XL, but I couldn’t reach a conclusion on the cameras’ quality due to time constraints. 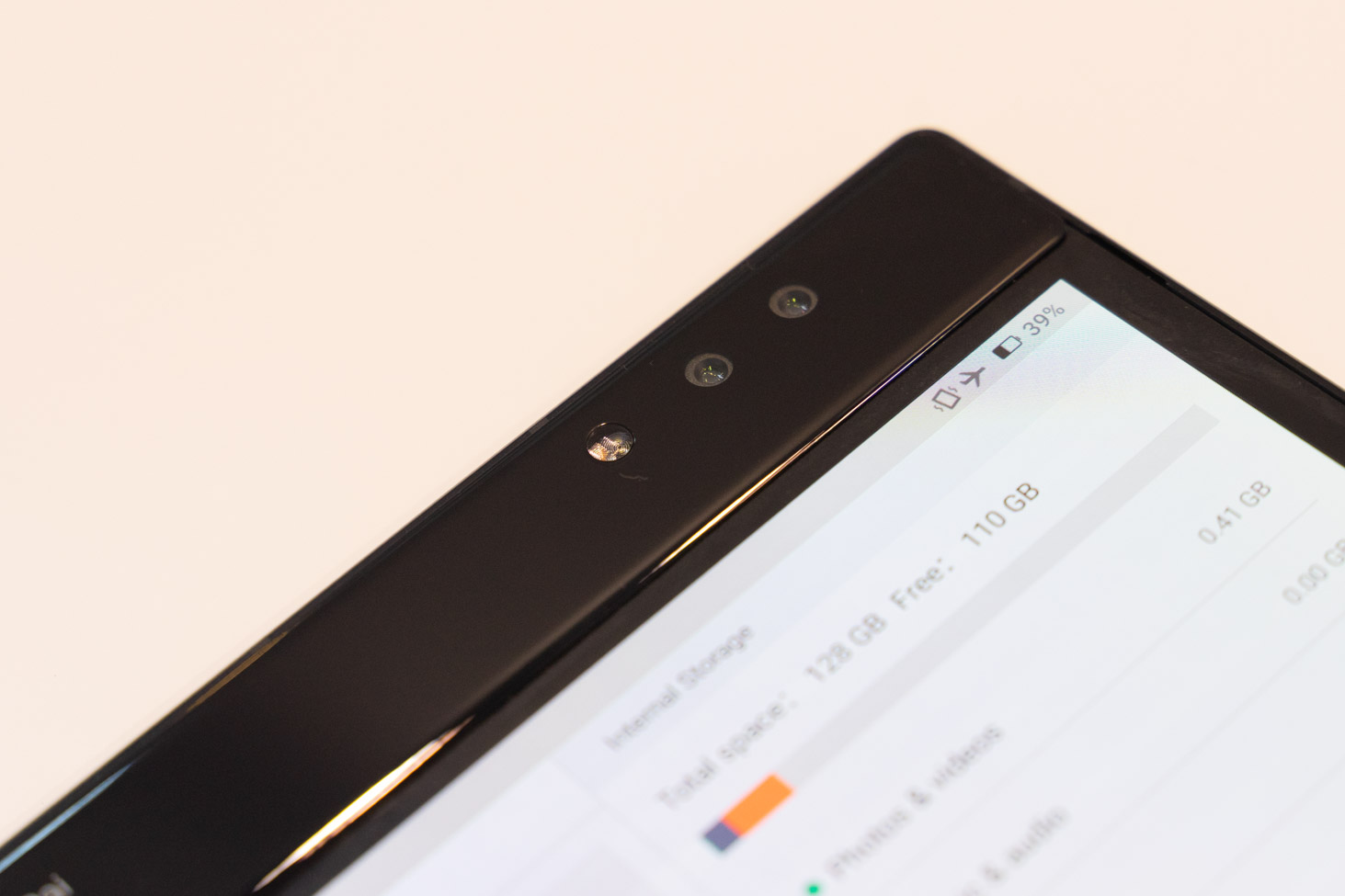 A fingerprint reader rests in a recessed area between the volume buttons. 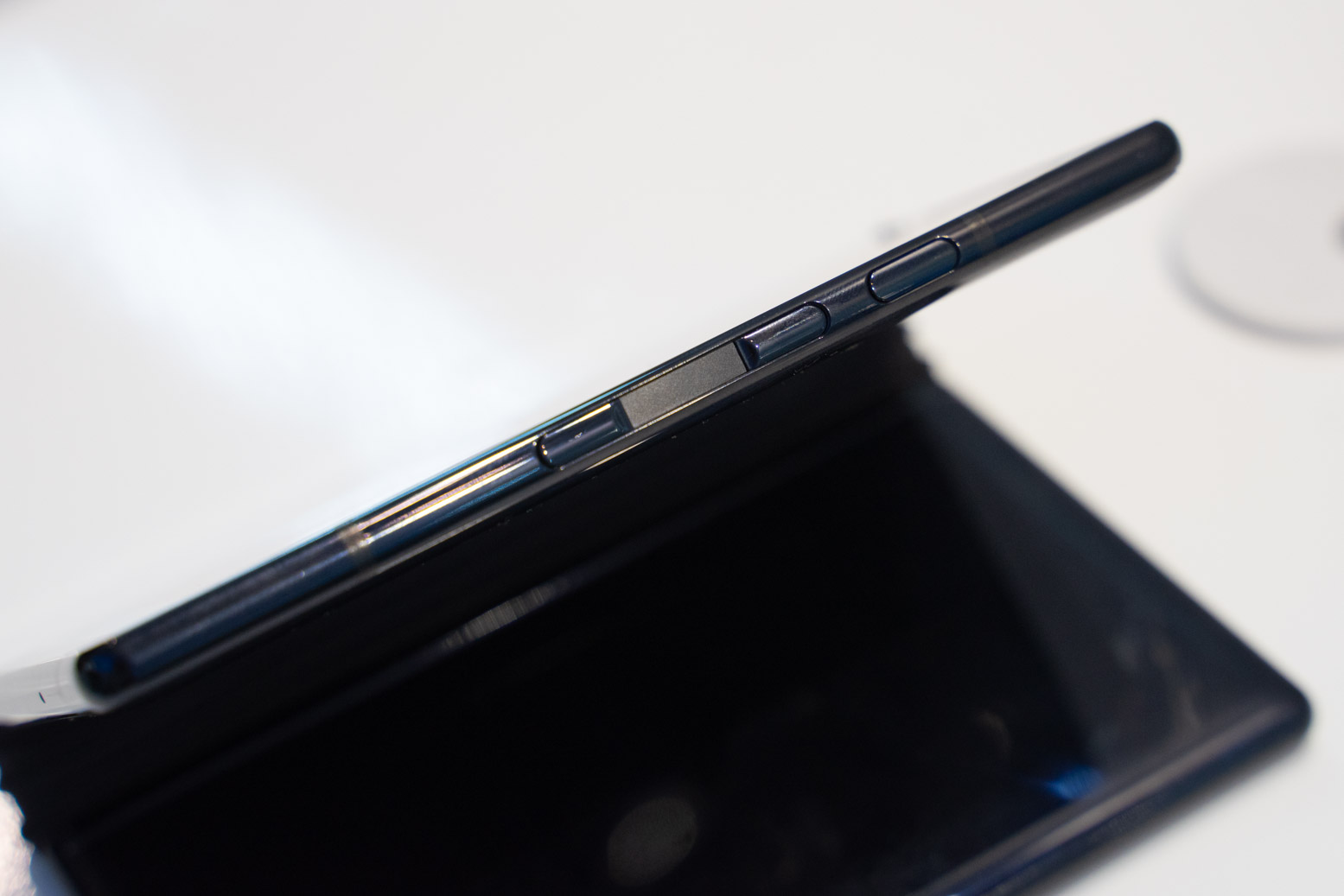 A not-so-subtle hinge connects the two halves together, with rubber caps protecting its two ends and concealing the hinge’s inner workings. Since the phone isn’t listed as waterproof to any capacity, I don’t think the rubber pieces provide weather sealing. 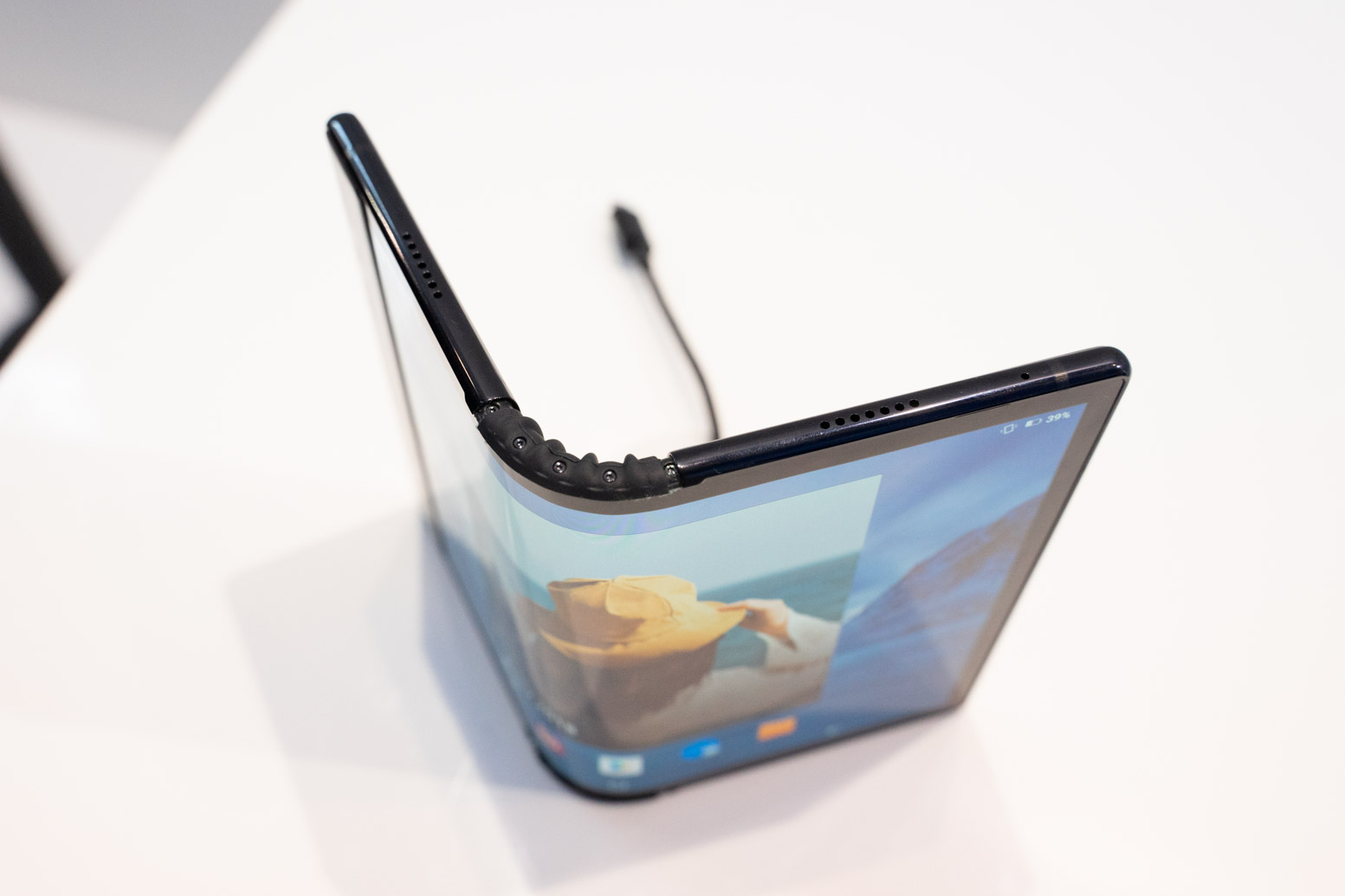 Based on the experience thus far, although the Royole Flex Pai has bragging rights for being the first foldable smartphone to market, its unrefined design and user experience ranks it dead last in competitiveness. Pricing is, of course, a major decision driver, and normally, savings can dampen the compromises of a flawed product. But in the case of the Flex Pai, it just produces too poor an experience even considering its massive discount.