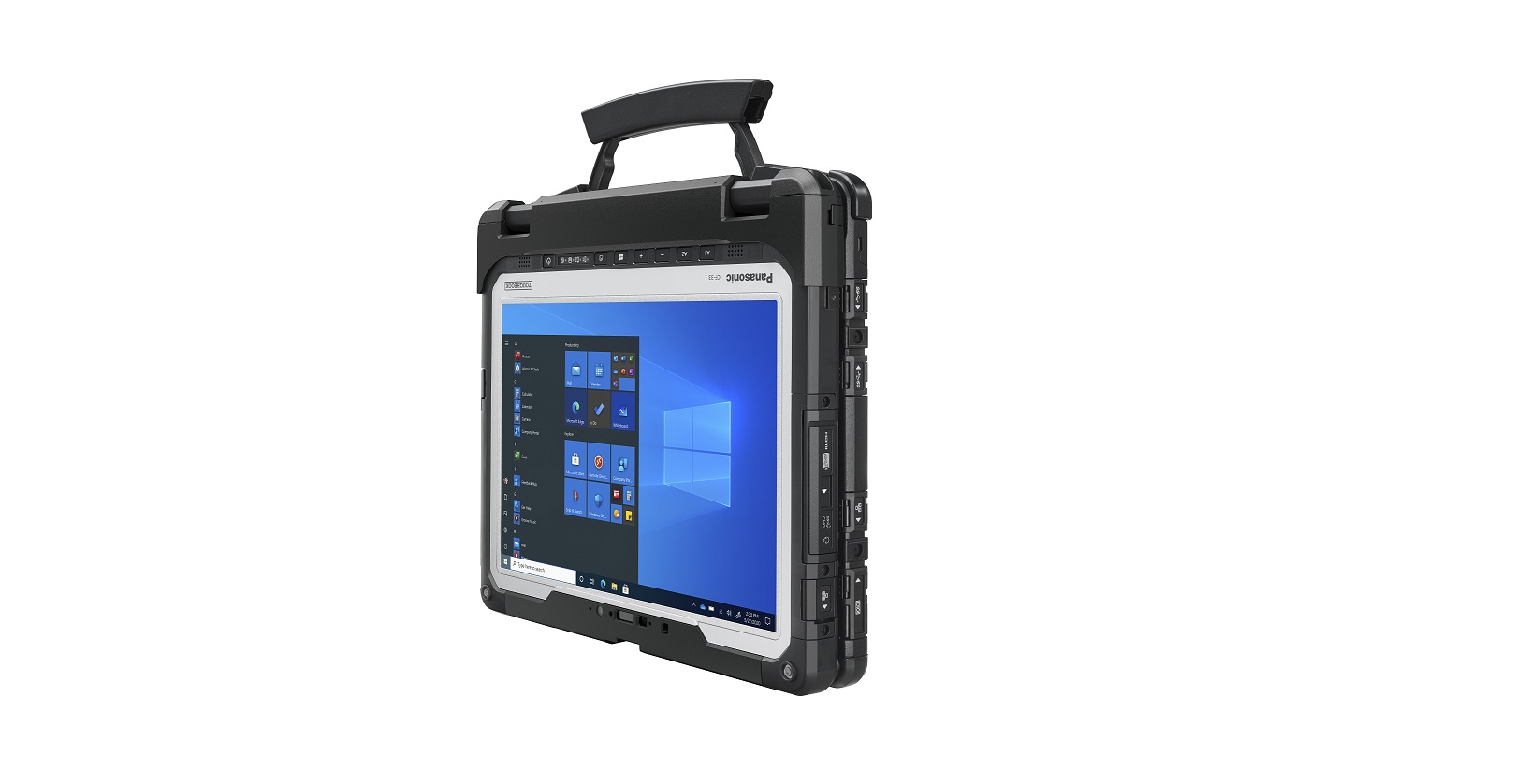 Designed for critical services and industrial settings, the Toughbook CF-33 can withstand harsh temperatures, liquids, and impacts. In addition to being IP65 water and dust resistant, it has passed the MIL-STD-810G tests. It can also survive a four-foot drop and is operable in various hazardous environments.

The tablet PC touts a 12-inch, 3:2, QHD display with an anti-reflective screen coating. Its 1,200 nit peak brightness means it can be used in bright environments such as sunlight and snowy areas. For covert work, the display features a day/night toggle and a concealed mode. It also supports an active stylus that is IP55 water and dust resistant.

The device uses faster processors and expanded storage options compared to the previous-gen. It now comes with either an Intel Core i5-10310U vPro processor or a Core i7-10810U vPro processor. Base storage has been raised to 512GB, double that of the first-gen, with a 1TB option available.

For security, the CF-33 is Microsoft Secured-Core certified and comes with Intel’s hardware shield. It features firmware hardware and software identity protection.

The CF-33 now has a better rear camera with faster focusing speeds. Moreover, it has a brighter barcode reader laser for logistics and transport operations.

As for extra data storage, the CF-33 is compatible with an optional quick-release SSD. It can even be equipped with a heater for freezing environments.

Panasonic has also bolstered the connectivity with Wi-Fi 6 and LTE band 48 support. The user can choose to slot in a physical SIM or eSIM as the device supports both. Two hot-swappable batteries can power the device for up to 20 hours.

The tablet PC can be purchased separately from the keyboard and is backwards compatible with first-generation accessories. This way, buyers won’t have to dump their existing hardware to gain the benefits.

The Panasonic Toughbook CF-33 is now available through Panasonic and its partners. Pricing varies according to purchase terms.

Tom Li
Telecommunication and consumer hardware are Tom's main beats at IT World Canada. He loves to talk about Canada's network infrastructure, semiconductor products, and of course, anything hot and new in the consumer technology space. You'll also occasionally see his name appended to articles on cloud, security, and SaaS-related news. If you're ever up for a lengthy discussion about the nuances of each of the above sectors or have an upcoming product that people will love, feel free to drop him a line at tli@itwc.ca.
Previous articleCyber Security Today – Security of file-sharing Android app questioned, a new payment card skimmer found and hack of a French IT monitoring application discovered
Next articleHashtag Trending, Feb. 18 – Bitcoin goes nuclear; New York sues Amazon; Shopify rides small biz wave