Nokia bounces back with new tablet

Less than a year after closing the deal that saw the sale of its troubled mobile phone business to Microsoft Corp., Nokia is back in the fray with a new tablet.

The Nokia’s N1 tablet runs on the Android mobile operating system instead of the Windows OS it adopted when it began a strategic partnership with Microsoft (NASDAQ: MSFT) some two years ago.

Nokia (NYSE: NOK)  intends to release its 7.9-inch tablet first in China during the first quarter of 2015 before offering it to other markets. The device will have a price tag of US$250. It will be brought to market through a brand-licensing agreement with a original equipment manufacturer (OEM) partner responsible for manufacturing, distribution and sales, according to Nokia. 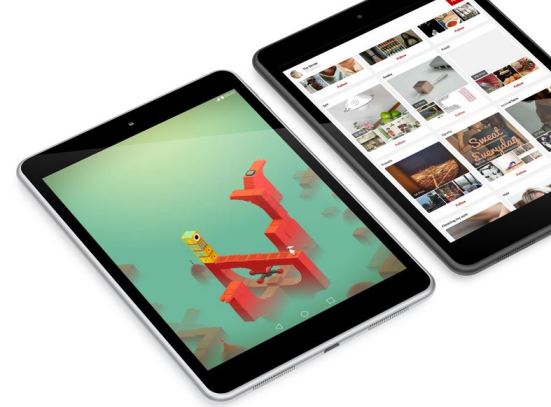 “The N1 has a delightful interface and an industrial design to match it,” said Sebastiran Nystrom, head of products at Nokia Technologies, when he announced the product at the Slush technology conference in Helsinki. “This is a great product for Nokia fans and everyone who has not found the right Android tablet yet.”

One of the features of the N1 is the Z launcher interface which allows users to “scribble a letter or two” on the device’s screen to quickly find the content they are looking for. Over time, the Z Launcher “learns” what applications the N1’s owner typically uses and “predicts and highlights the applications based on the time of day and location,” Nokia said.

The N1 features a one piece aluminum construction with a soft finish available in what Nokia calls Lava Grey and Natural Aluminum. The device is 6.9mm thin and it is powered by an A 2.4Ghz Intel Atom TM quad-core processor that runs on Android Lollipop.

In September 2013 Nokia sold what was once the world’s largest mobile phone business to Microsoft as part of a deal amounting to $17 billion. Stephen Elop, former Nokia CEO, and several other executives joined the new Microsoft Mobile subsidiary of Microsoft as part of the deal that closed in April 2014.

Nokia had been steadily losing ground to other phone manufacturers and two months before the sale of it handset business the Finnish company reported a $841 million net loss in 2013. Its fourth quarter sale for that year was $4.75 billion down by 21 per cent year-on-year.

Microsoft has began getting rid of the Nokia brand name on phones this year. Earlier, it dropped the Nokia name from its latest smart phone the Microsoft Lumia 535.

Now Redmond is set to shut down the Nokia Store for feature phones in the first half of 2015. The Nokia Stores allow owners of Nokia feature phones like the Symbian, Asha and Nokia X series to download apps to their devices. As of statistics from two years ago, the store was enabling up to 15 million downloads a day.

Nokia still has networking, mapping and software units. The company said its earnings have improved since it sale of the handset unit to Microsoft.

With the N1 release Nystrom said he is “pleased to bring the Nokia brand back into consumers’ hands.”