Mobile Applications Look Like the Future of Live Sports Entertainment 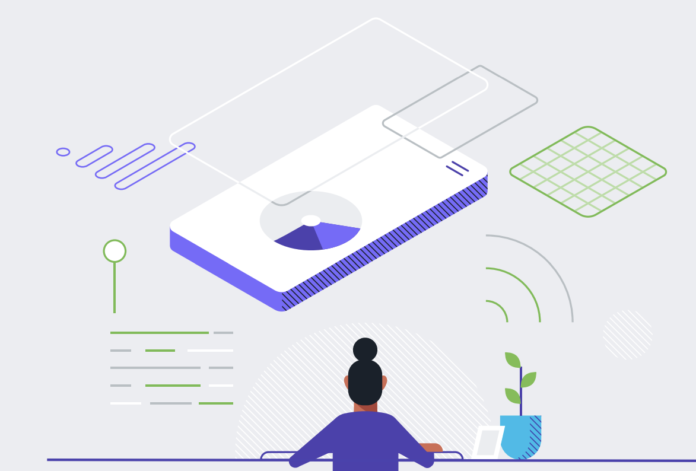 The NHL and NBA return to full capacity across Canada has brought with it all the fast paced and exciting action that Canadian fans have clamouring for since being shut out of buildings in March 2020.

While teams continue to move to the cutting edge with tools such as the Amazon Web Services powered analytics and ongoing biometric tracking, the fan experience has itself begun to take the next steps in becoming more integrated with technology and digital services.

A recent survey by Cisco AppDynamics demonstrated just how important the mobile app experience is to the average Canadian sports consumer, and how a poorly executed one can be particularly detrimental.

A staggering 82 per cent of Canadians say using digital services and apps has become essential to the experience, with 86 per cent of respondents saying that they are excited for what the future holds for digital integration in the game day experience.

“Applications have become a part of everything,” said Joe Byrne, vice president of technology strategy and executive chief technology officer at Cisco AppDynamics.

“A lot of the things that people used to go and experience in person, whether it’s shopping in a retail store, going to a game, whatever it may be, have been replaced by these applications.”

The growth of these apps, particularly in relation to going to sporting events and experiencing them in conjunction with the game, were at the core of what Cisco AppDynamics sought to understand in their study of over 2,000 North American sports fans.

Byrne says that mobile applications are truly the future given their prominence, as fans have clearly told the teams that ultimately host these events.

“It started with simple little things, like going to a football game and getting texts about, ‘hey, you know, if there’s an issue, [you can contact us]’ Now, it’s expanded to things like ordering food, online gambling, and even watching other games and checking out other scores while you’re at that particular game.”

The fact that these functions are so integral to the apps also makes their failures so frustrating for sports fans, which Byrne explained was something that app developers of all types needed to be cognizant of. Cisco AppDynamics found in their study that more than a third of fans (39 per cent) would not return to a given event if an app used in conjunction with it did not work properly.

Byrne explained that, based on his conversation with various customers, products simply need to meet user expectations. When asked what fans were looking for in their apps, words such as simplicity, and reliability ranked first and second respectively in user desires.

He further added that as with any other major brand such as Netflix and Amazon, users have come to expect a certain experience when engaging with companies, and sports applications are no different.

“It doesn’t take a lot for users to just jump. If I’m not having a positive experience in this application, I’ll jump to the next. And again, that goes for just looking up something like scores, or [rewatching a play] again, whatever it may be. There’s a high expectation there,”

Simply put, Byrne said, “Anything that doesn’t meet your expectations, and just basically works flawlessly is a substandard experience.”

Byrne also said that the move towards devices at live events is driven by multiple factors beyond society’s gradually increasing dependency on technology.

A big part of that, he said, is that the technology and apps are great ways to “enhance” the experience. Byrne also mentioned the rise in popularity of games such as fantasy sports, and how their prevalence has led him to use his phone during games to conveniently flip through scores and watch the biggest plays by his favourite players unfold.

Finally, he said, the future may become even more convenient for sports fans looking to emulate the in-game experience.

For example, the NBA’s partnership with Oculus VR that allowed fans to sit courtside from the comfort of their own living room is just scratching the surface of the technological innovation they can provide fans.

“Between the cost of parking and tickets, $20 beer and whatever else…if I can pay for a service, and I can watch games and have the perspective of sitting courtside. I’m doing that all day long from my couch with my food and my drink and, and my restroom that I can use by myself,” he said.

The continued integration of technology across sporting events is clearly leading fans down an exciting path, and the importance of effective and reliable apps appears to only be the beginning of an exciting future for sports fans.

Correction: The story has been updated to correct the description of the survey composition.