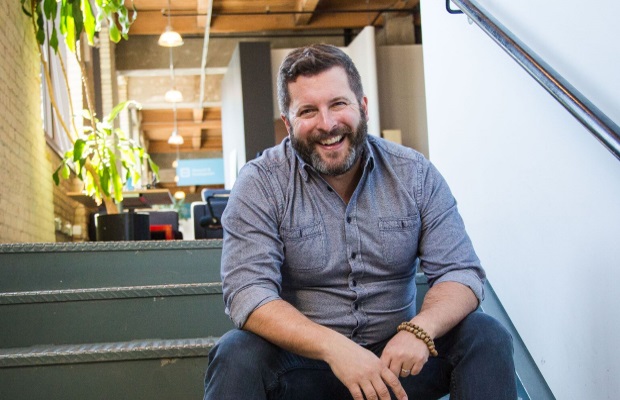 A decade ago, a little company called Kobo (an anagram of “book”) was being incubated inside Indigo Books and Music (as it was then called). Its notion: to create an e-book reader that could compete with Amazon’s Kindle, the Barnes & Noble Nook, and e-reader apps on tablets, and grab a chunk of the burgeoning e-book market for Indigo and its other investors.

By late summer 2011, the company had an e-reader and 5 million users worldwide, but was burning through cash at an alarming rate, and Indigo was suffering from its own financial woes. That’s when Japanese e-commerce giant Rakuten stepped in, purchasing the two-year-old company for $315 million.

Michael Tamblyn, president and chief executive officer for Rakuten Kobo, has been with Kobo since the beginning, assuming the role of president in 2014, and becoming CEO in 2016. He picked up the story during a recent interview.

“(The acquisition) was an accelerator for the business,” he said. “We could see as we were coming through 2011 that this was going to be a fight on a global scale, that it was going to require significant resources to be able to compete well. And that meant that we needed a backup, we needed funding, we needed resources, access to global infrastructure, and Rakuten was able to provide all that for us. And their biggest message when they acquired us was, we love what you’re doing. Keep doing it and do it faster.”

That led to expansion to 12 more countries in 12 months. Tamblyn said that currently Kobo’s business is split evenly between Asia, the Americas, and Europe, mitigating the impact of ups and downs in the book market in any country. Today, Kobo is in 25 markets, delivers e-books to 150 countries each week, has its own e-publishing arm (Kobo Writing Life), and has over 35 million users.

But he noted, despite this growth, every two years they have reinvented the business. “When we started, we began with this general idea: we knew that there was going to be a transformation from print to digital, we knew that the devices were going to be a part of it, whether that was the smartphone you already owned, or something that was dedicated to reading. And we knew that that was going to have a transformational impact on the book industry. But that was kind of all we knew,” he said. “Those were really the building blocks. And so as we’ve gone, we’ve over time learned more about who our customers are, learned about how they read, we’ve learned about what are the things that keep them from reading more often. And each time we discover a little bit more, that then leads us into new innovation on the product side.”

It has led Kobo to audio books, as the team realized that people want to read in times when they shouldn’t or couldn’t be looking at a book: when driving, when going for a run, when washing the dishes. It also led to the realization that as much as Kobo competes against other retailers like Amazon, it’s also fighting for time against not only other booksellers, but streaming video, YouTube, social media, and all of the other things that grab peoples’ attention.

“So we have to be as sophisticated as they are in terms of being able to keep someone within a reading experience,” Tamblyn explained. “It’s one of the reasons that e-readers are so great, because it allows us to give someone an environment that is distraction free and allows them to sink into a book without other things coming at them from the side. But that’s also why we’re in audio because then we can extend reading into other parts of a person’s day.”

The journey included some missteps too, he recalled. The team initially assumed the audience would be younger readers, and it turned out older readers are more passionate about books and reading. It thought short content would rule; instead, longer content was what readers favoured.

“The most important part in all of that was that even though we got some of those things wrong, we were able to learn fast, we were able to act quickly,” he said. “And because we had that initial premise right of what the opportunity in the market was, we could redirect ourselves. And as soon as we knew a little bit about who our customer was, we were able to start serving them better.”

“Considering how competitive the market is, I can’t tip my hand too much about what’s coming in the future,” he said. “What I can say is the innovation around what makes it great reading experience is continuous.”

Lynn Greiner
Lynn Greiner has been interpreting tech for businesses for over 20 years and has worked in the industry as well as writing about it, giving her a unique perspective into the issues companies face. She has both IT credentials and a business degree.
Previous articlePrecribeIT announces agreement with Intrahealth Canada
Next articleHuge data theft by employee at Canadian credit union