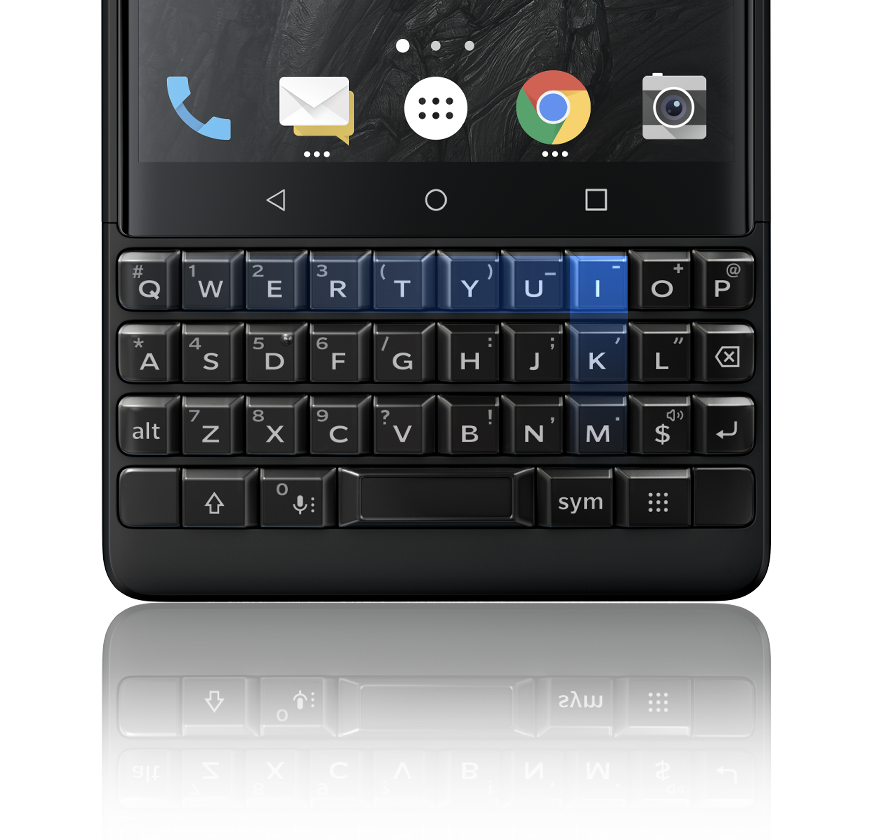 Anyone hoping beyond the hope that, despite recent developments, there still might be a new 5G BlackBerry smartphone with keyboard on its way might as well reconcile themselves to a keyboardless life. OnwardMobility has shut down, abandoning its optimistic plans to develop the successor to the iconic device.

The announcement on its now single page website says it all: 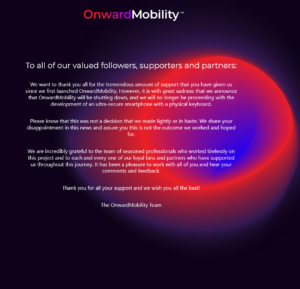 The shutdown came shortly after BlackBerry announced it was selling its legacy patents for $600 million to a Delaware-based company formed expressly for the acquisition. BlackBerry turned off the infrastructure support for its own BBOS and BB10 BlackBerry devices in January 2022.

OnwardMobility acquired the rights to the BlackBerry name after TCL, which had licensed the technology in 2016 after BlackBerry decided to exit the phone business, let its license in expire in 2020, opting to instead create its own branded devices.  The Android-based BlackBerry devices it created will be supported until August 31, 2022.

OnwardMobility had initially promised to ship its device by June 2021. That didn’t happen, and the company remained silent until a blog post at the beginning of January announced that it was forging on with the new device. A month later, reports emerged that it had lost the license to the hardware, and today’s announcement drove the final nail into the coffin.

Neither OnwardMobility nor BlackBerry has responded to requests for comments.

Lynn Greiner
Lynn Greiner has been interpreting tech for businesses for over 20 years and has worked in the industry as well as writing about it, giving her a unique perspective into the issues companies face. She has both IT credentials and a business degree.
Previous articleCyber Security Today, Feb. 21, 2022 – Data on Internet Society members exposed, an alert to Linux administrators, Microsoft Teams users get tricked and more
Next articleHashtag Trending Feb. 22 – Nvidia spends $10B for semiconductors; White Castle hires robots; NYC wants to slow down delivery times