At the Intel Corp. Blueprint event held recently in Santa Clara, a panel of key Intel spokespeople detailed the vision set for Project Athena, the next evolution for Ultrabooks and thin-and-light notebooks.

“The way they [laptop users] use laptops are changing,” said Sudha Ganesh, senior director of Intel systems and solution assessments during the event May 16. “And what they are expecting from these laptops is also changing. And the challenges are changing, and they want more or the more different things from the laptop.”

Phil Corriveau, senior Intel principal engineer and chief experience technologist, said the gig economy and on-the-go productivity is dominating today’s workforce. As such, devices need to be reshaped to address the paradigm shift.

“The fact is that not everybody works in a cubicle or an office anymore. They work in coffee shops, they work in we workspaces, they work at home, they work from the train, the car, their boat, I get to go down to my boat on Fridays. And so that brings a lot of different challenges, right conductivity infrastructure. And you still want to have the experiences that you have when you’re plugged into the wall wherever you are.”

Through observing these trends, Intel has narrowed down three key experience indicators (KEIs), which are the pillars for Project Athena. 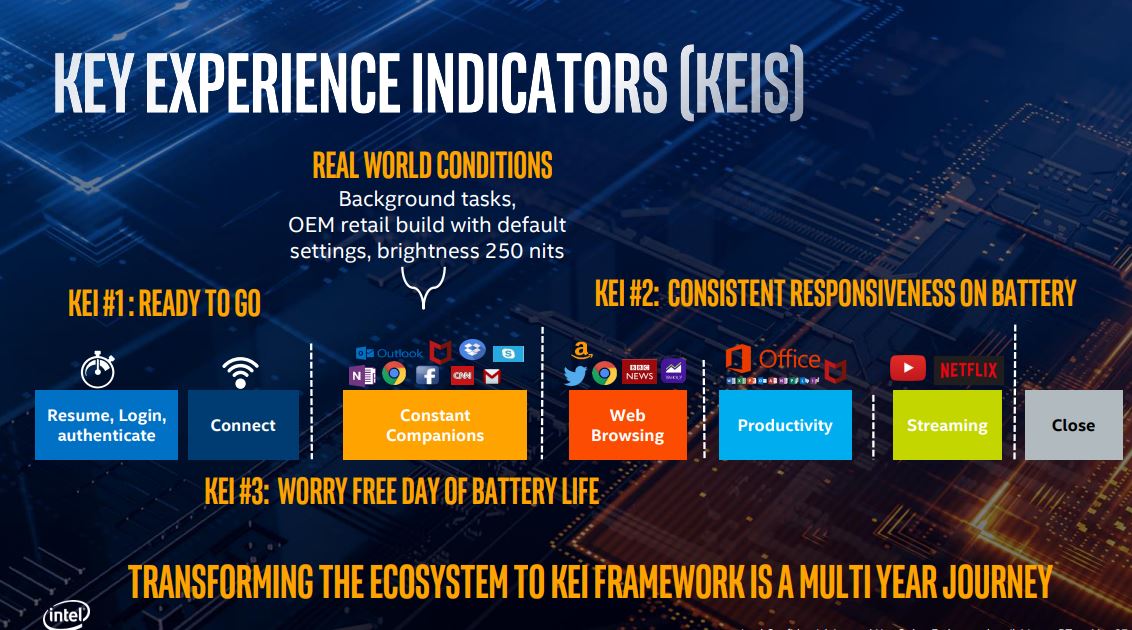 First, the device must be ready to go at all times through better connectivity and lightning fast authentication. Second, its performance must reflect real-world working conditions and not in manufacture-defined ideal environments. And third, the device must have consistent responsiveness on battery, meaning that performance must be identical on battery as it is when plugged in.

In order to meet these criteria, Project Athena encompasses an array of requirements. During its first phase in 2019, devices certified by Project Athena need to have an Intel 10th generation processor, Thunderbolt 3, Wi-Fi 6, and pass specific dimension specifications focused on mobility. As Athena evolves, it would further add requirements for RAM, SSD, and more connectivity. 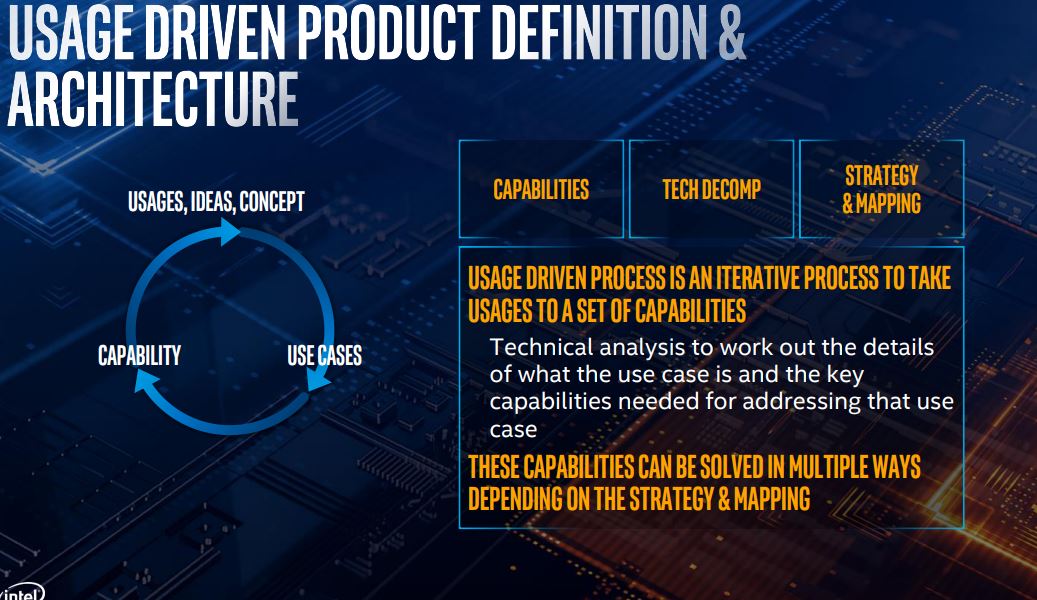 While Intel’s focuses on all three KEIs, the latter two are particularly important. Ganesh explained that while benchmark results garnered in controlled, “clean” states are reproducible, they don’t reflect the performance of the device in real-world workloads when multiple applications are running at the same time. To paint a better picture of how the device actually runs day-to-day, performance evaluations need to change. 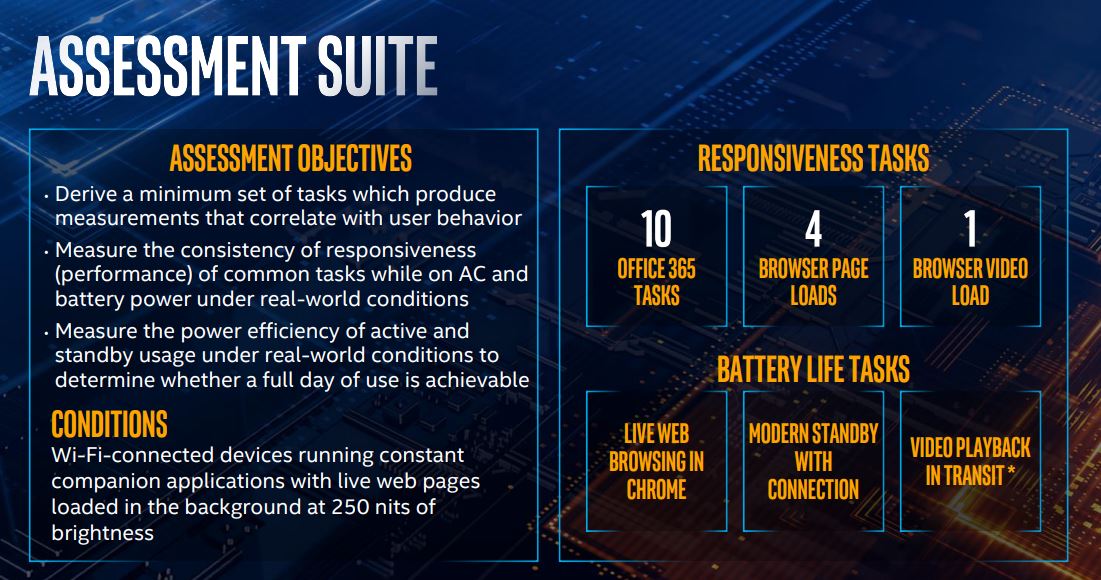 In conjunction with consistent performance, the device must be able to maintain all-day battery life.

“So one of the requirements of the standard is not just a responsiveness metric when you’re plugged into a wall, which is the way most benchmarks are done,” said Josh Newman, vice-president and general manager of Intel mobile innovation segments. “We’re trying to maintain a consistent level of responsiveness now when you’re running on DC power, because that’s where most of the customers are going to need their responses.” 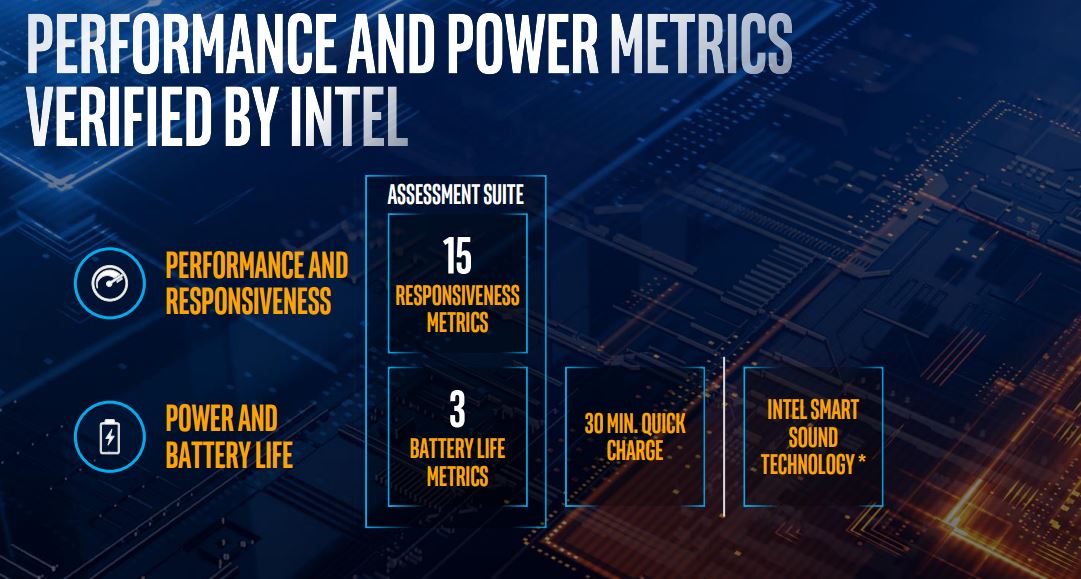 In order to be verified through the Project Athena program, the device must pass 57 requirements, 15 of which relate to performance and 5 relate to power.

But consumers may not be able to immediately discern between a regular thin-and-light notebook and one that’s certified for Project Athena. Intel currently has no plan to turn the Project Athena codename into a consumer-facing label.

“It won’t be something you see a consumer-facing branding, not in 2019,” explained Newman. “It [Project Athena] is a code name for the innovation program. So it’s not a great consumer brand. The focus for this year is to prove that we can deliver a more meaningful experience. We help the OEM with this more intensive tuning. And each year, we’re going to ramp up the marketing.”

Initially, only premium devices would be able to pass Project Athena’s stringent demands, but Majeed Salman, Intel’s engineering manager, isn’t ruling out the midrange and low end. He explained that while the standard can likely only be achieved using high-end components at the moment, it could eventually make their way into lower-end devices. He noted that Ultrabooks took seven years to reach 40 percent of the laptop market share, but now, almost every notebook at Best Buy is an Ultrabook. Again, Project Athena is a multi-year evolution; features established in Athena may trickle down into lower-end devices in the future.

Newman said that there will be “at least a dozen” Project Athena certified laptops available and selling this year.