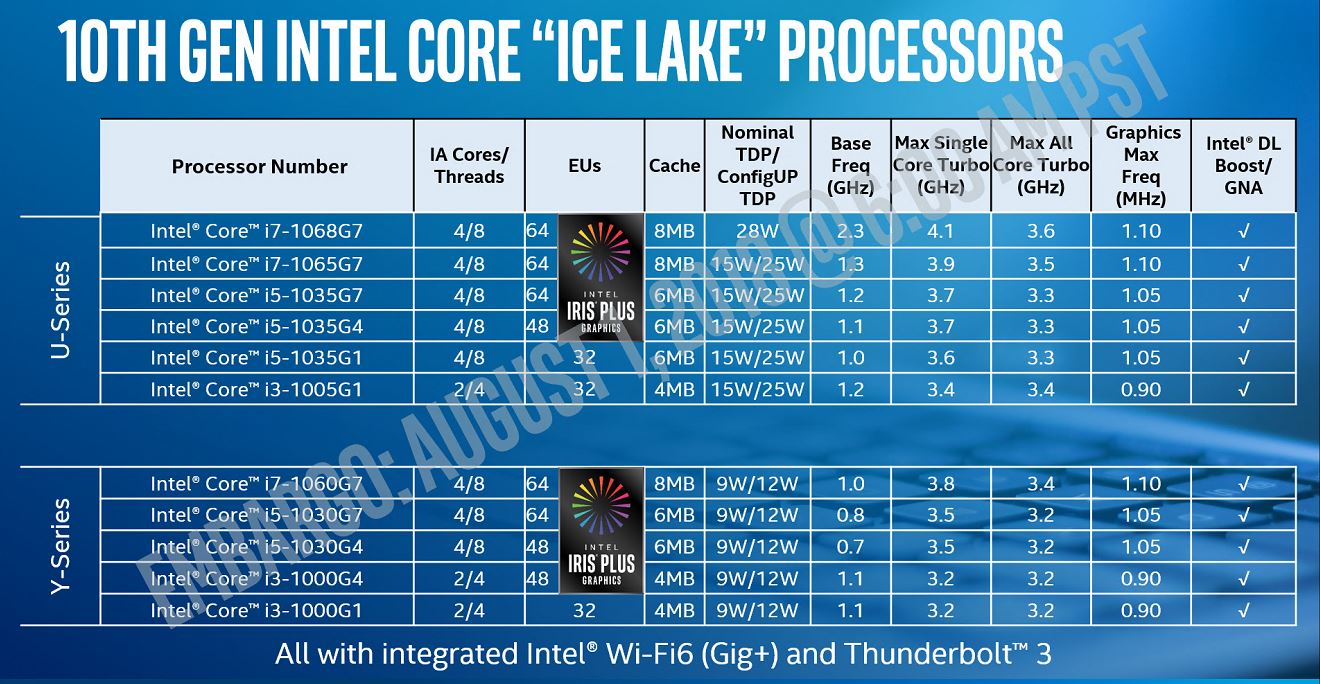 The new chips will first debut in mobile packages. As per tradition, it’s divided into mainstream 15W U-series and the low power 9W Y-series. More SKUs will be released down the line, including more powerful desktop variants.

While the TDP floor for the Ice Lake U-series remains at 15W, the Y-series has had its TDP floor raised to 9W; nearly double that of the current generation Amber Lake Y-series processors.

Intel has also raised the core count of its i5 and i7 Y-series processors from two to four. The specifications sheet shows that the highest-end Y-Series Core i7-1060G7 is comparable to the Core i7-1065G7, albeit with a lower all-core frequency and base frequency. Also note that due to different TDP requirements, the two processors throttle differently as well. 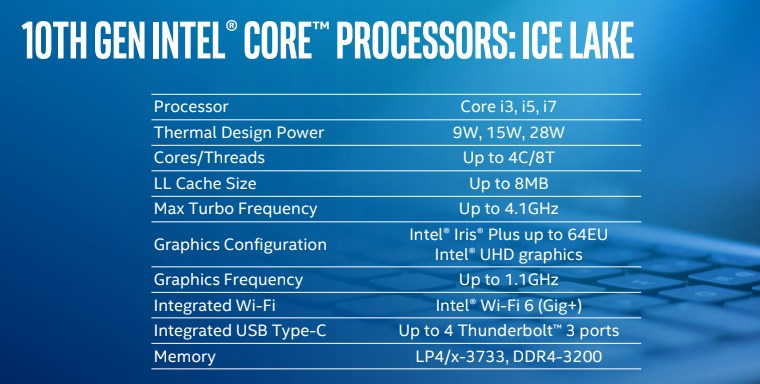 In addition to processor improvements, Intel has markedly improved the integrated graphics. Since it now plays a more prominent role, Intel has also tiered its processors by graphics performance. The usual i3, i5, and i7 tiers are further segmented using the G1, G4, and G7 suffixes, which reflect different levels of graphics capabilities.

The naming scheme has changed as well. Previously, Intel included a “Y” suffix to its lower-powered essential processors to differentiate between the higher-powered “U” series mainstream processors. That’s no longer the case with the Ice Lake. Instead, all “U” series SKUs will end in a 5, whereas all “Y” series will end in a 0.

Intel claims that over 30 machines with Ice Lake processors will be available by the end of this year.

Tom Li
Telecommunication and consumer hardware are Tom's main beats at IT World Canada. He loves to talk about Canada's network infrastructure, semiconductor products, and of course, anything hot and new in the consumer technology space. You'll also occasionally see his name appended to articles on cloud, security, and SaaS-related news. If you're ever up for a lengthy discussion about the nuances of each of the above sectors or have an upcoming product that people will love, feel free to drop him a line at tli@itwc.ca.
Previous articleHashtag Trending – Apple pivots, Netflix is going Hollywood, Bernie unveils net neutrality plan
Next articleJoin us for the 35th annual Canadian Computer Charity Golf Classic