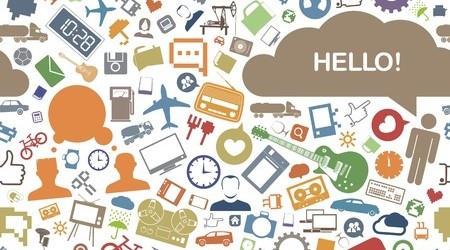 Two industry associations aimed at accelerating the Internet of Things are officially pooling their resources.

The Industrial Internet Consortium, formed to create standards for trustworthy IIoT systems and devices, is folding in members of the OpenFog Consortium, which is pushing a new architecture embracing the Internet of things and 5G communications with distributed computing.

In a release last week the pair said the impending alliance will allow the Industrial Internet Consortium to continue the progress OpenFog has made toward accelerating the adoption of fog computing. Details of the merger will be finalized soon. The first formal meeting of the unified organization will be held in Raleigh, N.C., from February 11-14.

The groups had said in December they were looking at marriage.

“This agreement brings together the two most important organizations shaping the Industrial Internet of Things,” said Stan Schneider, CEO of Real-Time Innovations and vice chair of the IIC steering committee. “The combined organization offers greater influence to members, more clarity to the market, and a lower-risk path to the future for end users. We will be the center of gravity for the future of Industrial IoT systems across industry verticals.”

Matt Vasey, OpenFog chairman and director of AI and IoT business development at Microsoft, said association members are excited to take the first steps toward integrating its working groups, testbeds and use cases with those of the Industrial Internet Consortium. Microsoft is also on the steering committee of the IIC.

The Industrial Internet Consortium says it was formed to identify the requirements for open interoperability standards and to define common architectures to connect smart devices and processes that will help to accelerate more reliable access to big data.

In September 2016 it released a framework that included safety, reliability, resilience, security and privacy to help adoption of the Internet of Things in organizations.

Security experts have warned for some time that the so-called Internet of Things opens many vulnerabilities when interconnecting industrial devices...

Since then it has worked on a number of projects. Last November it announced results of a test for a smart manufacturing connectivity for brown-field sensors solution,  which would enable operators of decades-old manufacturing facilities (brown-fields) to connect sensors to an IT system using existing infrastructure without affecting real-time operations.

Another testbed for smart factories is looking at using Automation (Markup Language) ML, a neutral data format based on XML for the storage and exchange of plant engineering information, and OPC Unified Architecture (UA), an industrial interoperability standard with extensible data modeling capabilities, security and an array of different communication protocol bindings. The idea is to use Microsoft Azure to enable smart factories to build test, deploy and manage IoT web and services applications and to process data.

The OpenFog Consortium promotes fog computing, which it says is a system-level horizontal architecture that distributes resources and services of computing, storage, control and networking anywhere along the continuum from Cloud to Things. As a horizontal architecture it supports multiple industry verticals and application domains, delivering intelligence and services to users and business. It enables services and applications to be distributed closer to Things. At the system level, it extends from the Things, over the network edges, through the Cloud, and across multiple protocol layers.

The consortium’s alliance with the Institute of Electrical and Electronic Engineers (IEEE) Standard Association led to the IEEE 1934 standard based on the OpenFog Reference Architecture.

How the SolarWinds hackers hid their work