IBM Corp. is looking to accelerate quantum computing research with the opening of its Poughkeepsie, New York quantum computation center.

The new computation centre will provide researchers with advanced cloud-based quantum computing systems, which IBM will be using to work extensively with members of its IBM Q Network — a community of over 50 partners and research institutions — to advance quantum computing towards commercial applications.

ITWC had a chance to speak with Scott Crowder, chief technology officer for IBM Q systems, to talk about the future for quantum computers.

What is a Quantum computer?

Quantum computers operate differently from traditional computers. Fundamentally speaking, it doesn’t operate on binary logic — that is, ones and zeroes — but instead through using Qubits, which can be in both states at once due to quantum superposition. This unique property allows it to be all combinations of ones and zeroes all at the same time, allowing for new approaches to solving complex mathematical problems. 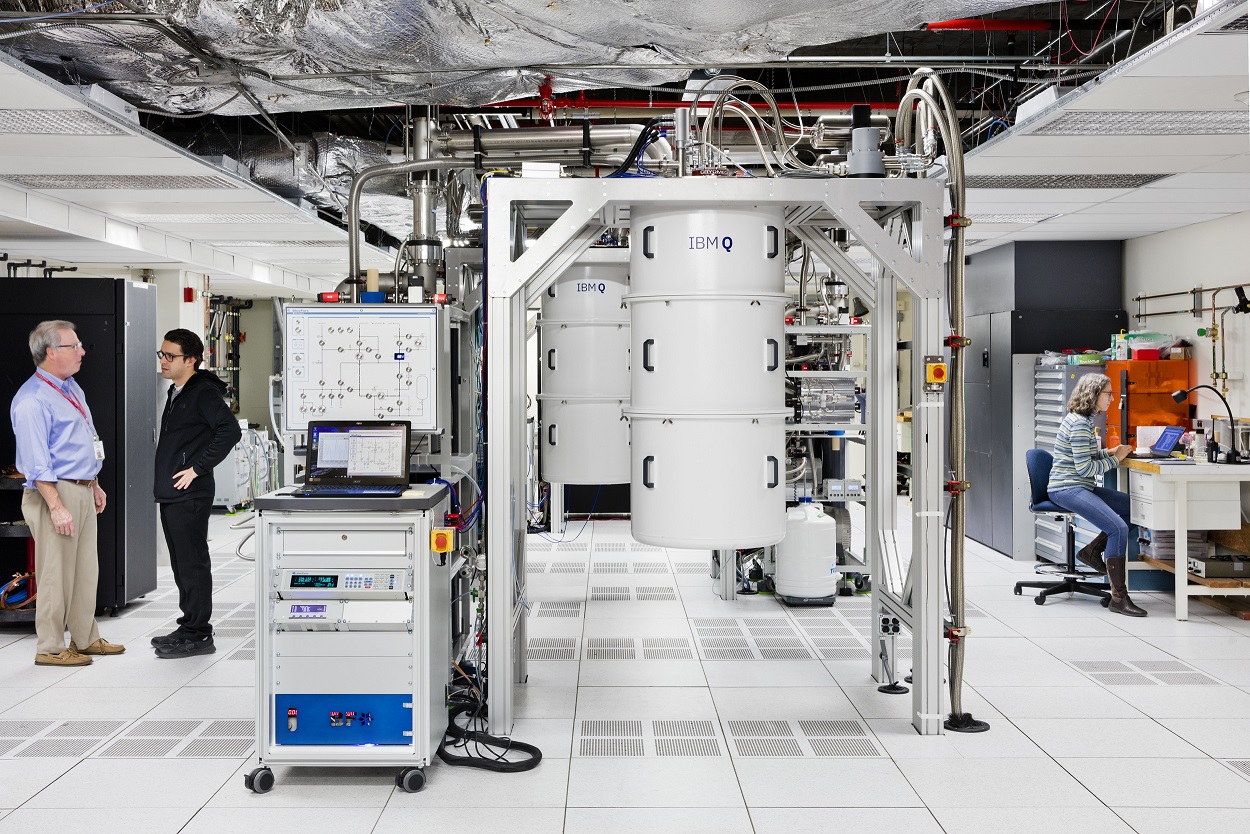 Because it radically diverges from traditional computing design, improving performance requires new thinking, too. Whereas today’s computer performance still scale linearly according to Moore’s Law, IBM’s quantum computer’s performance increases exponentially. This is closely entwined with its operation: as opposed to finding the fastest way to process certain tasks, quantum computing is all about exploring all the possible permutations to find answers to a problem a classical computer could never solve alone. 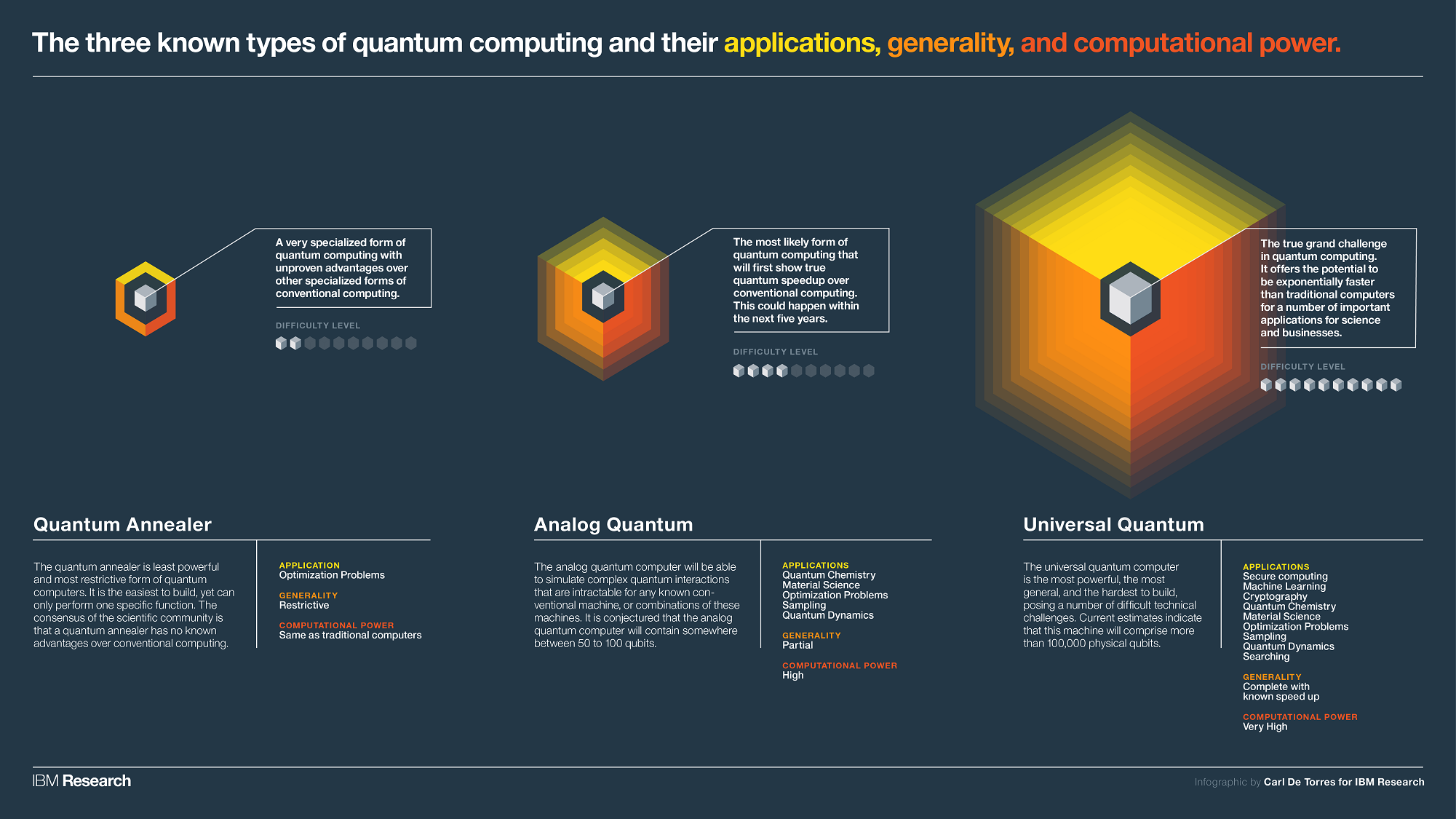 Without prior knowledge, it can be difficult to guess the IBM quantum computer’s utility based on its appearance. Suspended in a cylinder isolated in a dual-layer glass chamber designed to minimize radio interference, vibration, and help maintain optimal working temperatures, the computer operates at near absolute zero. Even in its early state, Crowder says its meticulous upkeep requirements draws no more power than a standard server rack.

Where will it be useful?

The paramount focus of the new research centre is to research and develop quantum computing. IBM says over 180 research papers have been published based on the findings of over 10 million experiments ran on its public systems.

Crowder says that quantum computers will be useful in scientific modelling. A use case could be simulation chemistry to test different chemical compounds such as battery catalysts, photoresistors, and petroleum chemical reactions. Quantum computing can also benefit the financial sector by improving risk and portfolio analysis.

When will it be widely commercialized?

Although it has taken great developmental strides, quantum computers still need some time before they can be deployed for mass commercial use. Also, it’s unlikely that it will be turned into personal devices. Crowder explained that its operating requirement in which it wouldn’t entangle with the rest of the universe is simply too stringent to be confined into a small form factor.

The Poughkeepsie computation center will open sometime in the second half of this year. IBM Q ambassador Mehdi Bozzo-Rey will be presenting at IDC Directions 2019 on May 2 in Toronto to speak more about IBM’s quantum computing progress. ITWC is a partner in the event.

Tom Li
Telecommunication and consumer hardware are Tom's main beats at IT World Canada. He loves to talk about Canada's network infrastructure, semiconductor products, and of course, anything hot and new in the consumer technology space. You'll also occasionally see his name appended to articles on cloud, security, and SaaS-related news. If you're ever up for a lengthy discussion about the nuances of each of the above sectors or have an upcoming product that people will love, feel free to drop him a line at tli@itwc.ca.
Previous articleSAS Global Forum: Jim Goodnight emphasizes importance of harnessing data to change the world
Next articleITAC appoints experienced executive Angela Mondou as permanent president and CEO