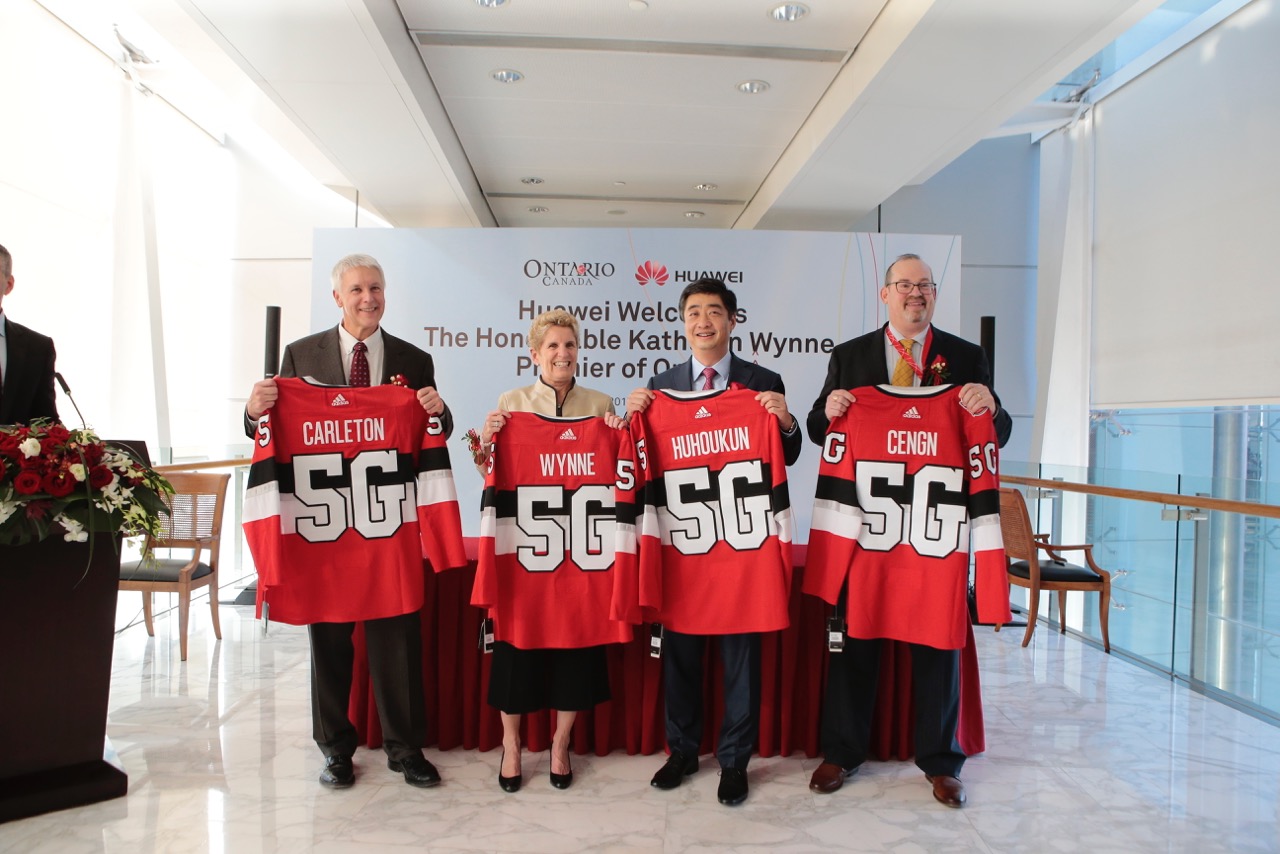 Huawei says it will work with Carleton to identify new research undertakings aimed at addressing the widespread deployment and adoption of 5G technologies. With 5G wireless networks closer to being commercialized, the research will turn to the new applications that will be opened up by the increased broadband speeds – namely self-driving cars and Internet of Things (IoT) devices.

Huawei welcomed the Premier and an Ontario delegation that included Michael Tremblay, the CEO of Invest Ottawa, and Richard Waterhoue, vice-president of the Centres of Excellence in Next Generation Networks (CENGN). It also announced that it’s the newest member of the CENGN consortium.

CENGN’s members include Canada’s major incumbent carriers – Bell, Telus, and Rogers – and Huawei will work with them to identify challenges related to the deployment of 5G, said Steve Lu, the president of Huawei Canada. Issues could relate to data integrity, security of IoT devices, and resilient networks.

Huawei’s partnership with Carleton has seen 33 researchers at the postdoctoral, doctoral, and master’s level degrees in the 5G industry. It’s published 120 research papers and has 30 patented inventions as a result.

Huawei says it’s supporting a bid by Carleton to establish a network of centres of excellence for Connected, Autonomous and Networked Vehicles across Canada.

Currently, Huawei is hiring for 10 jobs related to 5G research, including engineers and a patent lawyer.