Huawei to focus on smart devices in Canada, forgoes phones for 2022 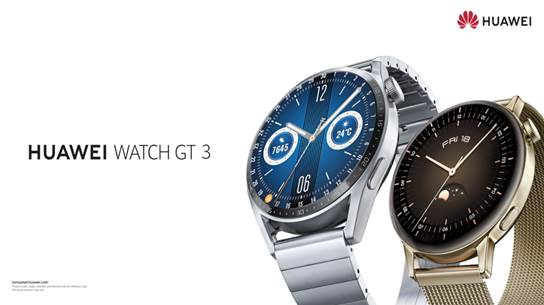 It spun off Honor, its mainstream consumer smartphone brand, into its own company in late 2020 in order to circumvent the U.S. sanctions and, to compensate for losing access to the Google Play Store, it has been heavily developing its own smartphone operating system, HarmonyOS, to establish its own ecosystem and vie for the smartphone application market.

The identity of HarmonyOS is a bit of a brain-bender. There are actually two versions: OpenHarmony, an open-source version of the Harmony operating system for Internet of things (IoT) devices, and HarmonyOS, Huawei’s mobile operating system based on Linux and on Android components sourced from the Android Open Source Project (AOSP).

Huawei first revealed HarmonyOS in 2016 as an operating system for appliances and smart homes devices, but not for its smartphones. The version for smartphones wouldn’t arrive until 2019. One year later, Huawei announced HarmonyOS 2.0 on phones in China. Then, to help speed up the app development process, Huawei released the DevEco Studio IDE and a cloud emulator. The final version of HarmonyOS 2.0 exited beta in mid-2021 and reached consumers via Huawei’s P50 series smartphones in China.

So what’s so special about it? For starters, HarmonyOS is multi-kernel. This means that it contains components from Huawei’s previously-developed LiteOS to power IoT devices, and uses Linux and the open-source Android to run Android apps in addition to HarmonyOS apps. More importantly, the system includes the Huawei communication stack that allows HarmonyOS devices to communicate and control one other.

The system is also a microkernel-based OS instead of a monolithic one. A microkernel contains only the bare minimum features to function as an operating system, including low-level address space management, provisioning of virtual memory, thread management, and inter-process communications. Although not as feature-rich as monolithic kernels, microkernels are easier to maintain due to their simplicity. Running minimal lines of code also means smaller attack surfaces and better overall security.

HarmonyOS apps are released as an App Pack that contains HarmonyOS Ability Package files, Huawei’s equivalent to the Android APK. While both Android and HarmonyOS can use Huawei Mobile Services, only HarmonyOS apps can use the inter-device communication technology exclusive to HarmonyOS.

The backbone of any operating system is the app ecosystem. Huawei’s AppGallery is its counter to the Google Play Store, and it has gained developers’ interest due to the platform’s low fees and robust support. There there are now reportedly around 5 million developers who have participated in developing HarmonyOS apps.

But the company does not plan on abandoning Android app support even if the AppGallery ecosystem becomes self-sustaining.

“From our view, I think they can coexist, and provide a better future for consumers,” said Simon Li, general manager of Huawei Canada’s Consumer Business Group .

Huawei is also actively contributing to open-source projects and is pushing hard to attract developers onto its OpenHarmony ecosystem. At the time of writing, Huawei says there are more than 1,000 partners who have integrated OpenHarmony into their appliances, IoT, and smart home devices. By pushing forward an open, free platform for IoT developers, Huawei hopes to expand its outreach, presence, and build familiarity with consumers.

At the Huawei Developer Conference held on Oct. 23 in China, Richard Yu, executive director of the Huawei Consumer Business Group, called HarmonyOS a success, and said there are now more than 150 million devices running HarmonyOS.

A Huawei spokesperson said that in 2021, the company isn’t focusing on mobile in Canada. Based on the products that the company announced for Canada at its European launch event on Oct. 21, the company is instead leaning towards tablets, smart homes, wearables, and peripherals in the Canadian market.

Regulatory uncertainties aside, Huawei needs to surmount another hurdle: public perception. Because of the U.S. ban, many in Canada have adopted the perception that Huawei is a security threat. And because Ottawa continues to remain mum about whether to let Huawei remain a telco equipment provider in Canada, Bell and Telus were forced to choose the safer option and end their 5G equipment supplier contracts with the company.

Tom Li
Telecommunication and consumer hardware are Tom's main beats at IT World Canada. He loves to talk about Canada's network infrastructure, semiconductor products, and of course, anything hot and new in the consumer technology space. You'll also occasionally see his name appended to articles on cloud, security, and SaaS-related news. If you're ever up for a lengthy discussion about the nuances of each of the above sectors or have an upcoming product that people will love, feel free to drop him a line at tli@itwc.ca.
Previous articleHow to adopt a culture of speed
Next articleHashtag Trending Nov. 2 – Costly graphics cards in Europe; password spraying is on the rise; Apple’s ad policy costs social media platforms